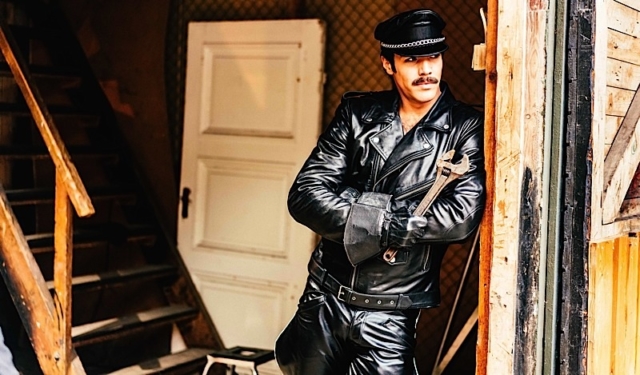 A ruggedly intuitive Pekka Strang plays the title role as if he were born to it. He is an Everyman, or perhaps an Everygayman, of the time. At the start he is serving in his native Finland’s military and cruising for male-to-male sex in dark locations. The military and police forces throughout the film are institutions where the homoerotic realm and sternly heterocentric patriarchalism jaggedly exist side by side. This accurately depicted disharmony is one of the film’s notable evocations. It also contrasts vividly with the many cross-gender and drag-oriented films of recent years, reclaiming the butch mentality and attitude that many today see reflected in the leather scene. 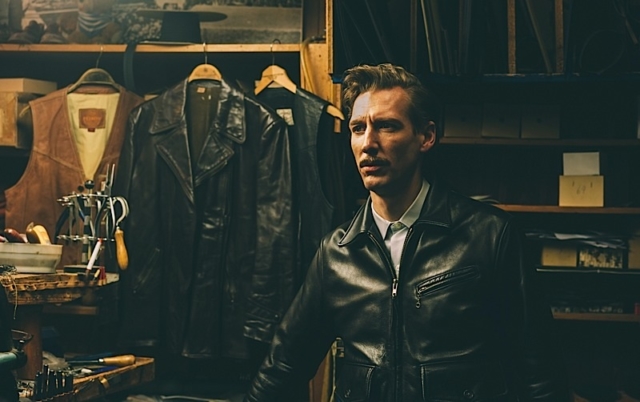 Tom of Finland continues into the sleepy postwar years when so many Europeans understandably wanted to get back to “normal” after the mass catastrophe of Nazism. Moreover, Finland was threatened by the equally totalitarian Soviet Union. However, this return to normalcy strenuously and unconsciously put the traditional marital/family model at the center of society. All were expected to abide by it. Homosexuality was illegal. Hence, someone of Tom’ s nature was marginalized.

The picture moves on to the Sexual Revolution years, when California’s gay subculture discovers and embraces Tom, and then onto the massive blindsiding of the AIDS epidemic. Strang poignantly embodies the misplaced guilt Tom felt for the epidemic. He was haunted by the idea that his gorgeously masculine images seduced curious men into sexual activity and exploration with other men.

Laaksonen’s epic life is wonderfully served by Strang, Karukoski, writer Aleksi Bardy, and the creative team. It also has a crossover potential with straight audiences interested in Sexual Revolution history. We feel the lure of clandestine sexuality and the hard edge of those social forces that would constrain it. We are transported to the very textures of those times.