Thoughts on “Once”, the Unique Hit Musical at the State – Actress Erica Spyres Comments 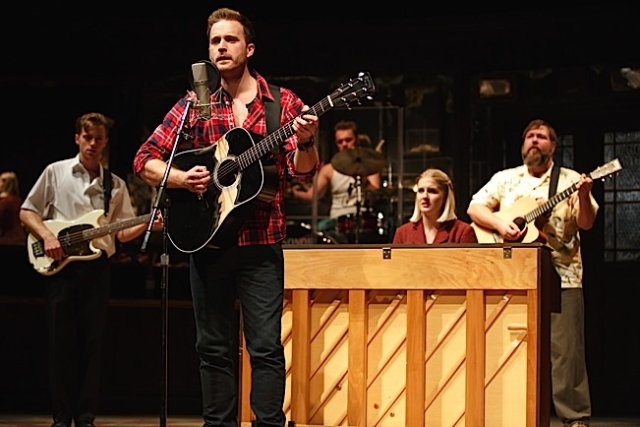 Once is back in town. The winner of eight Tony Awards has been a sensation worldwide and a smash when it has played Minneapolis. It’s not a spectacular song and dance extravaganza but an intimate piece that works its folk-style magic even in huge theaters such as the State.

What you’ll see there is a profoundly simple work that reflects contemporary Dublin culture’s connection to its ancestral Irish homeland roots. Dani de Waal and Stuart Ward give moving performances as characters named simply Girl and Guy. They are both stranded in angst about a husband and a girlfriend who have apparently left them behind. But as they explore friendship through music they fall for each other. 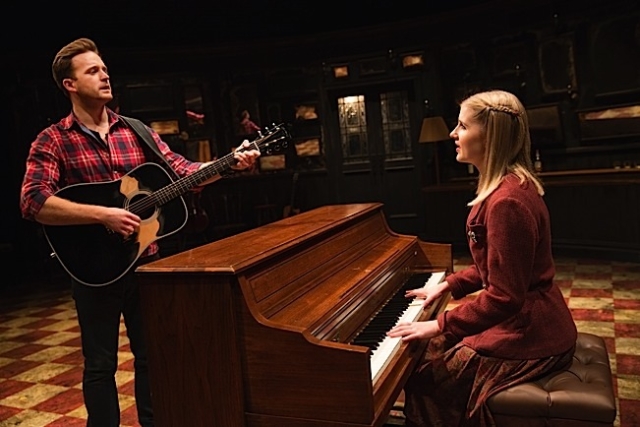 Once is more like an offbeat show based on a cult classic film that somehow made it to Broadway than something that comes out of the standard Broadway mold. There’s no big orchestra and the dance numbers are what you might find in a gritty pub rather than a classic musical stage show. And no special effects.

Erica Spyres plays the simply named major supporting role of Ex-Girlfriend. She shares “A lot of people want to know how the adaptation from screen to stage works since the movie was mostly just Guy and Girl. We have no traditional orchestra – all of the actors are the onstage band and we play beefed-up versions of the characters in the movie. We stay on stage the whole show so the sense of ensemble is present throughout.” 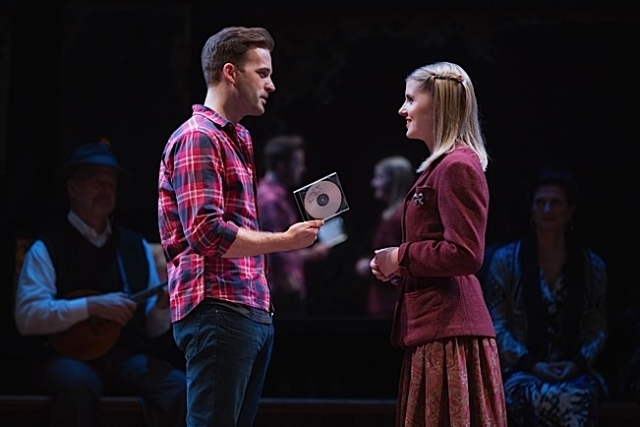 Once will appeal to the Twin Cities vast music community which is marked with struggle, whether it’s keeping an orchestra going or making ends meet as a busker or a musician playing clubs, solo or with a band. Spyres points out “when we meet Guy we see a man who has been through the wringer personally and professionally, which we musicians all understand. The industry has changed so much since the days of Napster and making a name for yourself as a truly independent artist is very difficult. The rise of crowd sourcing websites has had some success, but there is a real frustration with how much you have to give up personally to possibly gain something in your career.” 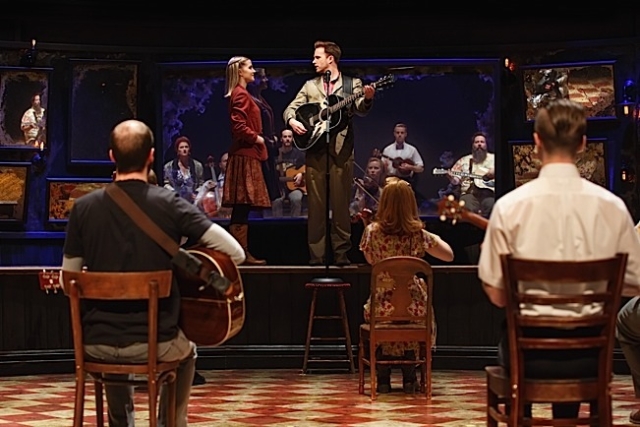 Spyres knows of what she speaks and her experience seems to have synchronistically prepaved the path to being part of this gigantic hit show. She says “I grew up playing old time fiddle music, so getting to play traditional music in this show along with really haunting and exciting folk-rock songs is really rewarding. The range of what we get to do musically is rare. It’s a great group of actor-musicians.”