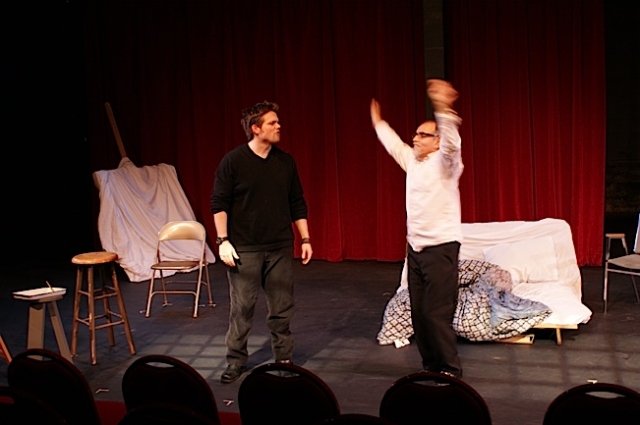 Gemini, a group of theatre artists with experience in New York, London, Los Angeles, Atlanta, New Orleans, and Philadelphia, is consolidating their talents in Minnesota. Named for the astrological twins, in honor of the Twin Cities, they seek to engage audiences with topical original works as well as established plays. Director/playwright Stuart Fail describes their approach as “marrying the logical left brain and the emotional and imaginative right brain. We are a theater of duality in many ways.”

Fail’s play, Consider the Lilies, at the Minneapolis Theatre Garage, examines problems surrounding alcoholism and possessiveness. When an alcoholic bisexual painter disappears from the first showing of his work in years, his agent finds him drunk in an alley. Things are further complicated because there is also woman who is part of what amounts to a love triangle. The action is set in Paris and New York. 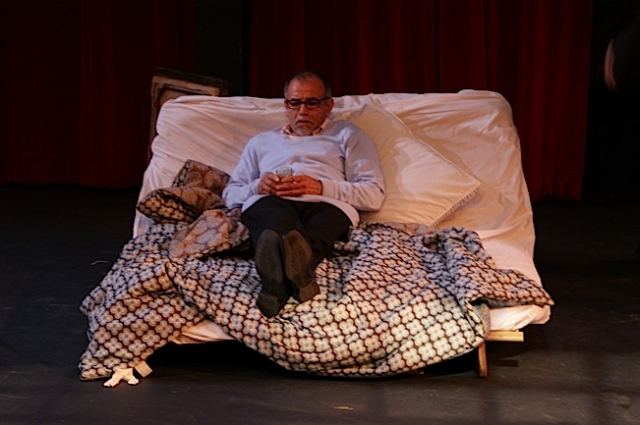 Al Saks plays Paul, the artist, who is in love with his agent, David (Eric Joshua Davis). Saks relates “Paul was once a popular painter and well known for a few of his paintings, but drugs and alcohol ruined his life. Paul is not trying to get back on track. His obsession with David has caused David stress and anxiety, only because David loves Paul and doesn’t want to leave his side. Paul is suffering from a lack of creative inspiration and cannot get himself to paint. David tries to get Paul to paint but nothing works. When David finds a new artist to work with, Paul feels threatened and alone.”