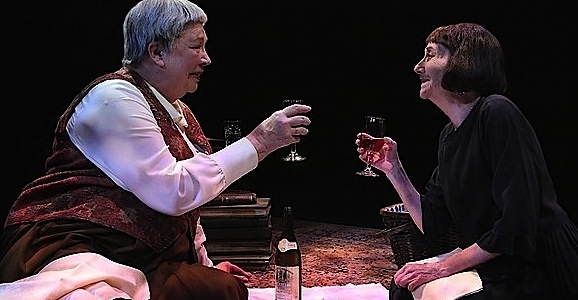 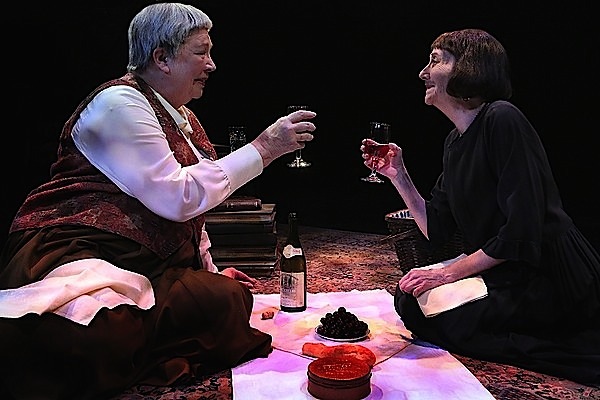 Count ’em. This is the eighth production of one of the greatest lesbian love stories ever dramatized, remounted by the same director and actresses who gave us the previous seven. To celebrate the Jungle Theater’s 25th anniversary their most beloved production, Gertrude Stein and a Companion by Win Wells, is once again illuminating the stage. The relationship of what would now be called “a power couple” spanned 60 years and looms as model, if not the model, for enduring gay love. Those splendid years are played on stage, going back and forth through time.

I was worried that maybe Gertrude and Alice, as it is often shorthandedly referred to as, wouldn’t be up to its old greatness. I saw the first production as well as some of the subsequent revivals. But my worries were not only put to rest but Claudia Wilkens’s Gertrude Stein and Barbara Kingsley’s Alice B. Toklas seem to have actually deepened the intimacy and a sense of life’s fleeting nature. Once again, they’ve taken Wells’s information-packed script, which would be a bore in lesser hands, and breathed vital life into it. We end up getting a kind of cultural history lesson that miraculously plunges us into oceans of deep feeling, forlornness, and love. 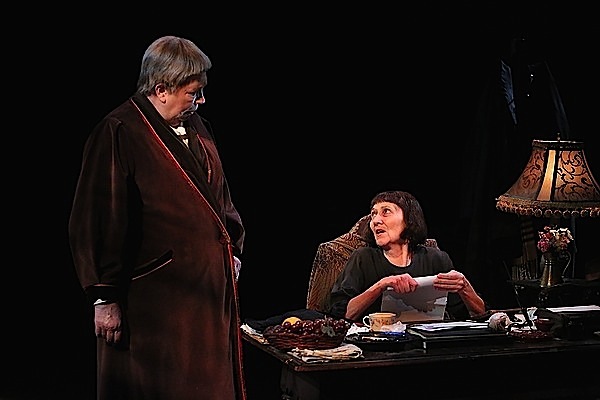 Americans living in Paris, Alice and Gertrude’s home was the quintessential salon of iconic creative minds of the time. We tap into Gertrude’s absorption with Ernest Hemingway. Alice’s resentment of Ernest Hemingway. The impact of Picasso and his paintings in their home. The Nazi occupation of France in which these two Jewish women actually remained in spite of that. Alice’s return to the US in the ’60s. We feel how radical the passage of time has been for her.

Boehlke’s direction and stage design are like the manifestation of a haunting memory. Amelia Cheever’s costumes accentuate the women’s very different physical types. It’s as if the pair were born to live at ease in what they are wearing. Bill Healey’s lighting has an ineffable quality that dimly moves throughout the playing space and at times sharpens its intensity. The effect is spectral and sublime. Moreover, the entire production is spectral and sublime.

Wilkens and Kingsley seem as if they stepped out of history. We are transported to a dimension long past, though bittersweetly it seems like it shouldn’t seem like so long ago. Yet, alas, it does.