The Spirit of the Game

“I know the concept is a great concept, it’s up to us now to execute the hell out of it.”

Mike LaGuire’s enthusiasm for Game Sports Bar, recently opened in Uptown, is contagious. Having most recently been the general manager at Union, LaGuire has spent 23 years in the hospitality industry and says people have always asked why he doesn’t open his own place. Now, as managing partner and general manager of Game, LaGuire says, “There was never the opportunity for me to do that and to do it in the right way, until this possibility came around.” 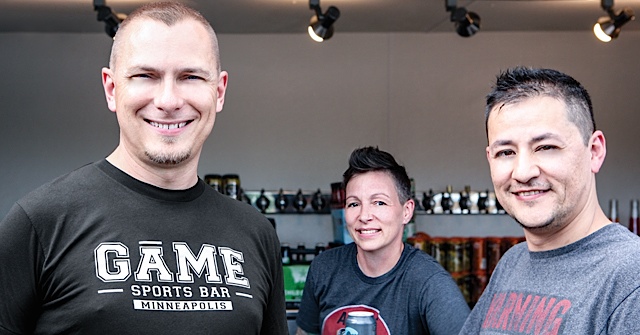 (From left) Mike LaGuire couldn’t be happier to have the talents of Ralena Young and Jorge Gonzalez join the team at Game Sports Bar. (Below) Ralena Young is designing the drink menu with a focus on fresh ingredients.

With Steve Hark of Entourage Events Group as a business partner, Game took over the Salsa a La Salsa building as part of the newly formed Uptown Restaurant Group. Until now, Uptown didn’t have a gay bar and Minnesota didn’t have a gay sports bar, so what took so long?

“I think the demand has been there. It’s something that even I, myself, and my friends have been wanting,” LaGuire says. “It’s surprising that no one has taken the reins or taken the bull by the horns by this point, but I think there needed to be a perfect storm for this to happen. Obviously you need the financial backing to do it, you need the right space, everything is just coming into alignment at one time.”

The truth is, he says, “most of us grew up in households either playing sports or there was a favorite team that everyone gathered around the television and watched and rooted for. We went to college and had an alma mater team that we still cheer for, or maybe we continued playing sports.” 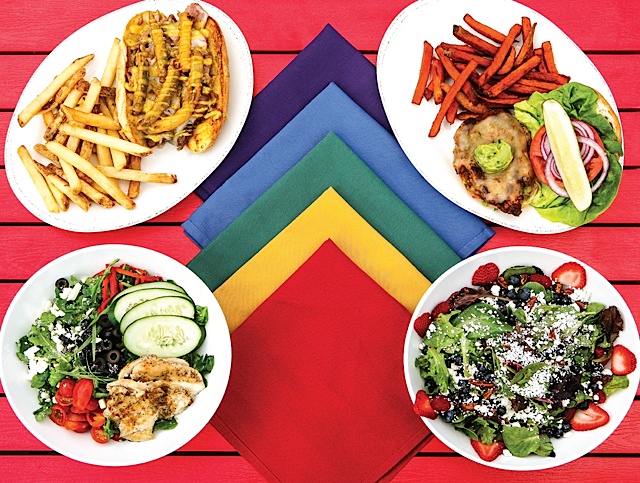 That commitment to sports has always been part of the GLBT community, but he says many people in the community don’t always feel comfortable going to mainstream sports bars. “We don’t always feel comfortable doing what’s natural for other people,” he admits. “Whenever we’re celebrating, instead of high-fiving, maybe we lean over and give our significant other a little kiss on the cheek or while we’re watching the game we put our hand on their leg. Those intimate type things that we don’t really feel comfortable doing. We want to create a place where we can have that spirit of athleticism and spirit of sport and continue those traditions that we grew up with but do it in a place that we feel 100 percent comfortable.”

That sense of inclusion applies to anyone that might want to walk through the doors: men, women, GLBT, or ally. Family-friendly until 10 p.m. every night (when Game becomes 21+), LaGuire even invites the family pet to join in the fun with the pet-friendly patio that receives an overhaul from its a La Salsa days. The addition of lounge furniture, plants, and color makes the 150-seat four-season patio a much-desired hangout, whether it’s summer, winter, or anywhere in between. 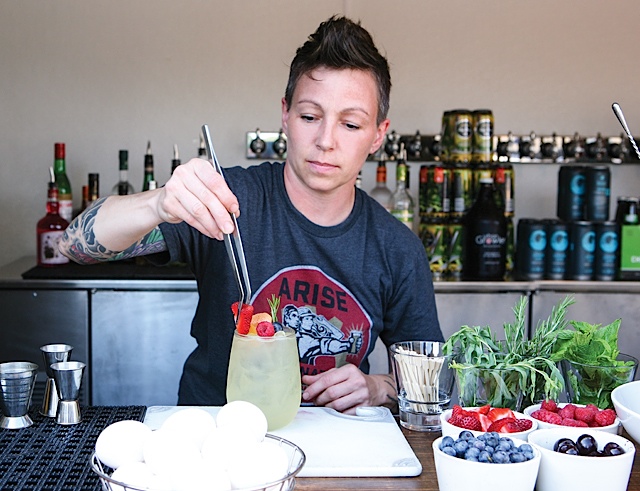 “This isn’t a far-stretching concept, but it seems that way,” LaGuire laughs. “It seems so ordinary, but it seems so genius at the same time. There are other cities that say they have a sports bar, but they just throw up a couple TVs and say, ‘We’re a sports bar!’ There are so many different elements to it; it’s not just turning TVs on, but creating events around the sports being televised, it is allowing a space for people to be active.”

At Game, guests will be able to utilize a pool table, multiple dart boards and bag toss to be physically active while enjoying sports on the 20 TVs around the bar (complete with NFL Ticket and Big Ten Network). The decor change will also create the sports bar feel that many in the community have been begging for. Framed jerseys will honor the local favorites: Twins, Vikings, Timberwolves, Wild, MN United, St. Paul Saints, Lynx, and Gophers. Hanging banners pay tribute to the local teams that Game sponsors (like LaGuire’s own TCGSL team, the Fur Ballers) while photographs of out athletes from around the world, both past and present, adorn the walls and inspire an emotional connection to the space.

The bar, which will very rarely ask for a cover and offers free parking in the 50-car lot, is hitting it out of the park with a stellar drink menu that will have you asking for more than just seconds while cheering on your favorite team. Ralena Young, most recently from Coup D’etat and winner of the Iron Fork in 2014, heads up the bar program. “She is creating a craft cocktail program that is sports bar appropriate,” LaGuire says. Two of those drinks are on tap, including a mint julep. 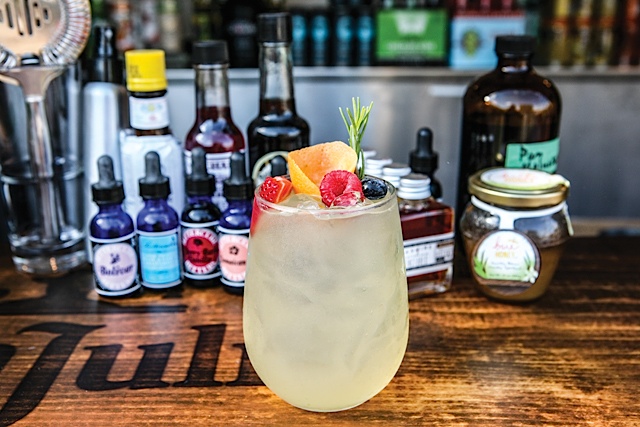 That leaves the rest of the bountiful taps for beers, 12 of which come from local metro and Minnesota breweries. What would a sports bar be without an outstanding beer lineup? Lake Monster Brewing out of St. Paul created a special beer that will be sold exclusively at Game and at their taproom. The hoppy blonde ale joins the lineup and has already created quite the stir on social media.

To complement the drinks, LaGuire couldn’t be more thrilled with Game’s food menu. Featuring the talents of chef Jorge Gonzalez, who rose to fame as executive chef of Lagos Tacos for three years, LaGuire says Game will showcase American casual sports bar food. The concentration will be on quality ingredients and scratch-cooking that is well executed.

“When you’re coming to a sports bar, you want sports bar food. But you want sports bar food done very well that tastes great,” he says. “I don’t want something that’s deconstructed and doesn’t look like a burger any more. There are so many great restaurants in town from these beautiful farm-to-table concepts to really fantastic pizza joints to places where you can get a really healthy, organic meal. I want to be the sports bar you come to for the best tots in town, the best burger in town, a really great flatbread that’s crispy and yummy. I want you to come to my brunch because we have a solid, delicious brunch menu that really gets your Sunday Funday off right. I want it to be built around the food.”

“[Game] is a place where we can sit with some soft music in the background, a pitcher of beer, and we can talk about life and sports and just be ourselves,” he continues. “And do it in a space that has big windows and fresh air and a full menu. Good food, good company, great beer selection.”