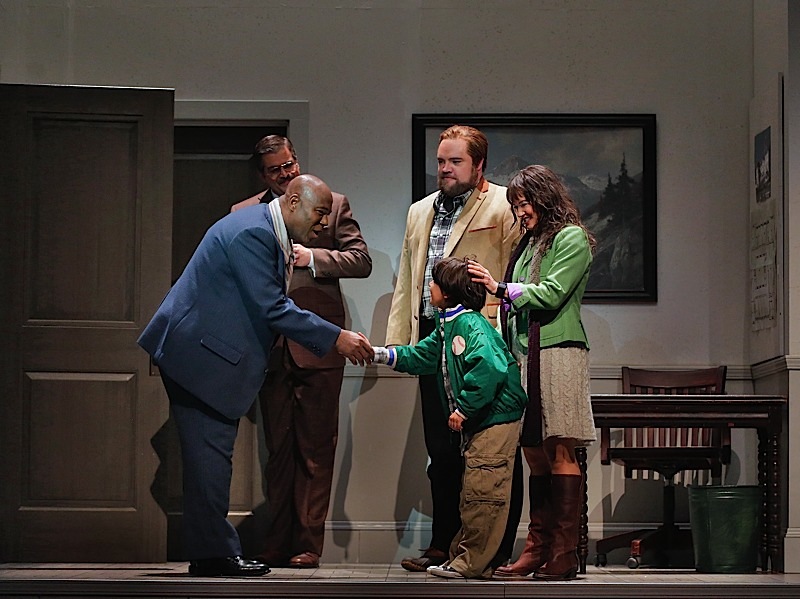 When I first saw Stanley Kubrick’s film, The Shining, in 1980, I was bowled over. However, I came to realize that it didn’t serve its source: Stephen King’s novel, which had been published three years earlier. However, at the time, Jack Nicholson’s excessive axe murderer choice to portray protagonist-villain Jack Torrance, with its over-the-top “Here’s Johnny” line, was a sensation. And Kubrick let him get away with it. But alas, it was the beginning of a long, long period of self-indulgence and overpraise in Nicholson’s career. It also left unexplored the deeper recesses of Torrance’s psychosis.

Thankfully, the Minnesota Opera, in yet another jewel in its New Works Initiative crown, has shifted the balance. Its majestic new opera version of The Shining is steered by a stupendous lead performance by Brian Mulligan. Following the lead of librettist Mark Campbell, he reveals a three dimensional tragic everyman of a figure who repeats the cycle of mental and physical abuse upon his wife and young son that he sadly contended with himself as a boy, from his own father. Mulligan’s bass voice is ominously beautiful throughout. This man has a commanding presence comparable to Pavarotti. And an acting talent that equally matches his marvelous voice. 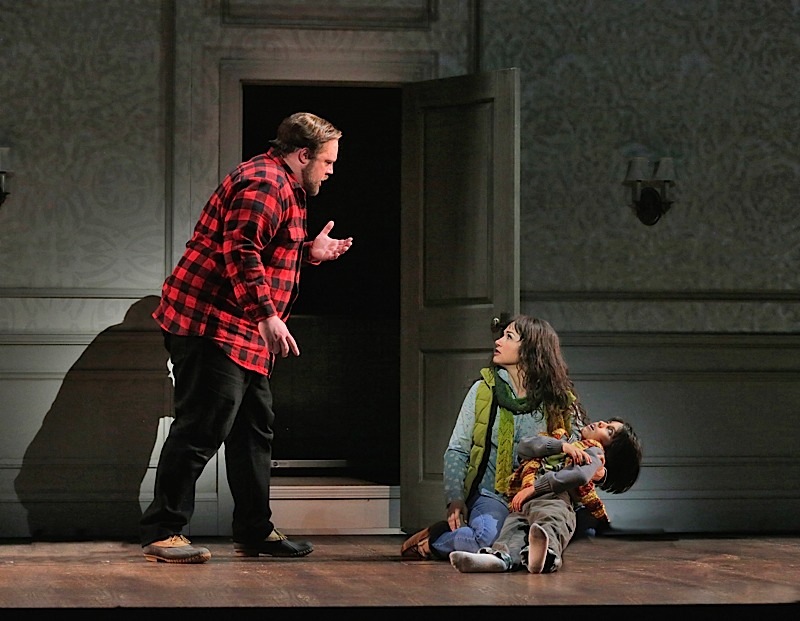 Campbell’s penetrating adaptation provides a stellar vehicle for a man of Mulligan’s exceptional talent. It also becomes a meditation on the fragility of the white nuclear family in the late 20th century. Not to mention that we learn the hotel where the opera is set, became a place of dark spirituality, vice, and criminality starting at the end of World War II.

Kelly Kaduce, an exquisite soprano, is heartbreaking as Wendy, Jack’s overwhelmed wife. She had hoped for a new life when the family moved to look after the haunted Overlook Hotel in the Colorado Rockies for a winter. Unfortunately, once there, her husband falls back into alcoholism, and onto terrorizing them. Alejandro Vega, as little Danny, gives one of the most endearing child performances you will ever seen in an opera. And of course, it is Danny who has the gift of inner sight known as “the shining”. 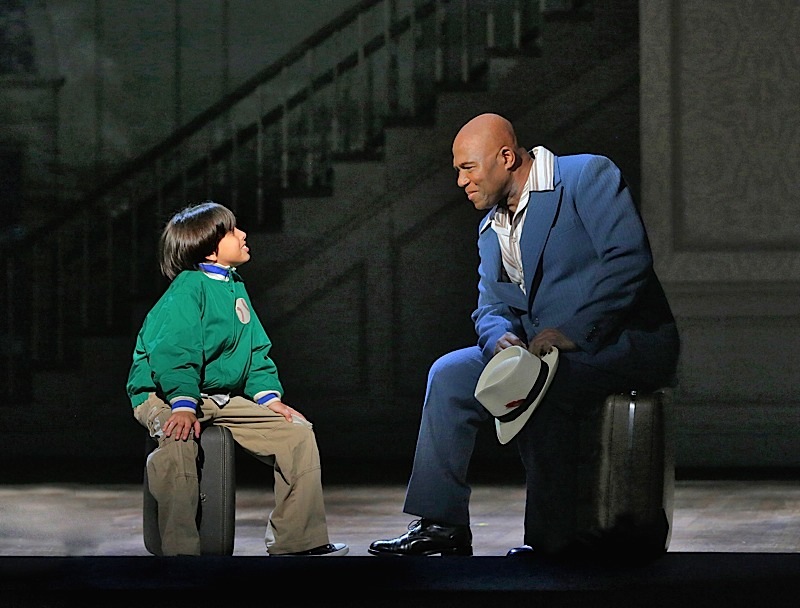 This gift is revealed to him by a loving and powerful man of color named Halloran. That role is soulfully rendered by Arthur Woodley, a singer who resonates the sound and spirit of Paul Robeson and William Warfield. Mark Walters brings a fierce sense of intimidation to the role of Jack’s ghostly father, Mark.

Composer Paul Moravec has filled The Shining with gorgeous nods to different styles of music, such as the sort which Robeson would have sung, popular sounds reminiscent of the ’30s and ’40s, and cryptic sounds akin to horror films. Nonetheless, this is clearly an opera in the most classic historical sense. The orchestra, conducted by Michael Christie, is flawless and seamless as we journey into this dark night of the soul.