The Seduction of Power — “Macbeth” at Park Square 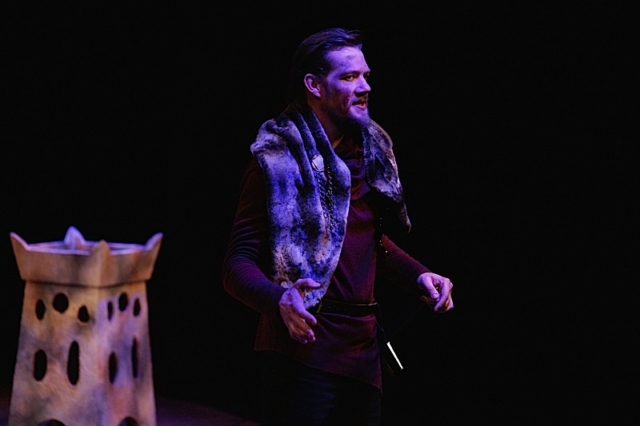 When William Shakespeare wrote Macbeth in the early days of James I’s reign, he crafted a consummate examination of how power can seduce, corrupt, and launch a hysterical cover-up. Park Square’s current revival of “The Scottish Play” lives into that with a vigorously satisfying production on their smaller Andy Boss thrust stage. Director Jef Hall-Flavin has also adapted the script faithfully, keeping in mind that many students are slated to see the production as part of the theater’s outreach.

A stalwart Michael Ooms plays the title role of the medieval Scottish king who falls under the ambitious spell of his wife and Lady, played by a commanding Vanessa Wasche. This pair of actors has found something very important which is often missed in other Macbeth interpretations: the way in which Macbeth’s gullibility and innate lack of judgment are impudently exploited by his wife. And it registers here to jolting effect. 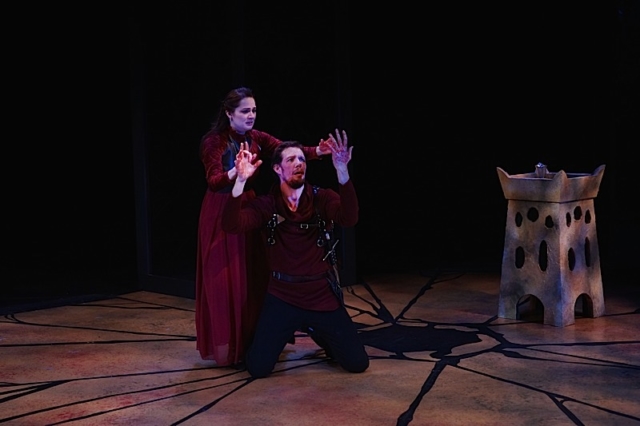 She rues that her husband is too filled with the milk of human kindness to truly be the bloody, head-cracking ruler she wants him to be; as she puts it “screw your courage to the sticking place” when egging him on to commit an atrocious and sinful act. She sees violence and bloodshed as prerequisites of power. 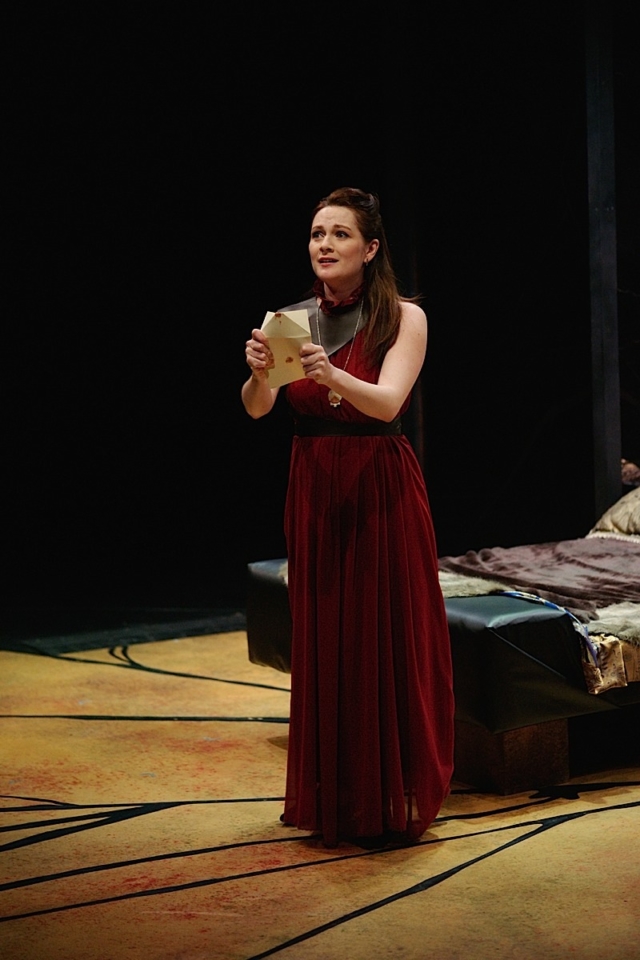 Just as Shakespeare’s Volumnia lives her sadistic power fantasy vicariously through her title role son in Shakespeare’s Coriolanus, so Lady Macbeth indulges vicariously her pathological impulses. Moreover, and importantly, both women have no hesitation about shaming these men central to their lives for lacking manliness.

Justin Kurzal’s 2015 film version, which was robbed of a Best Picture and other Oscar nominations, actually offers a different dynamic which can be satisfyingly put alongside Hall-Flavin’s if you want to contrast ways in which a great play can be interpreted in very different but equally legitimate ways. Michael Fassbender (nominated that same year for Best Actor for a shallow take on Steve Jobs, propagandistically written by Aaron Sorkin) truly delves into the psychotic dimensions of the man. Marion Cotillard as Lady Macbeth is more fragile than Wasche’s, yet she is still unmistakably compelled to evil. Wasche’s satisfies in a different way, in that the character’s zealous confidence crumbles like a sand castle when the waves seem to unexpectedly hit it. Cotillard’s resolve shatters like glass. Both interpretations are valid.

Park Square’s supporting players portray more than one role, as does Wasche, which frankly should have been assigned to someone else, because she needs to be a contiguous focal point. That’s a nitpick though as the ensemble is impeccable in this quick-paced staging that still moves the heart in the play’s great moments of profundity. Gabriele Angieri, Neal Beckman, Laura Esping, and Garry Geiken add particular expertise to a show evocatively lit by Michael P. Kittel and costumed with a medieval sense by Sarah Bahr. 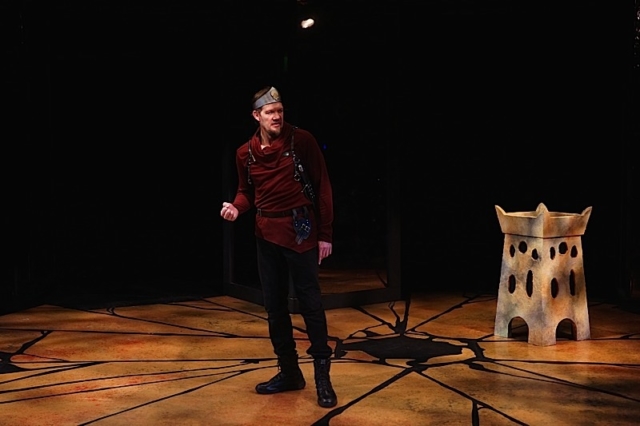 Hall-Flavin’s program notes mention that he feels that misguided use of scripture feeds into Macbeth’s tragic wrongheadedness and I assume that’s because of the prophecies of the Weird Sisters characters. But I take the sisters to be proponents of a more loosely drawn form of fertility cult paganism, not really scripture-bound per se.

Hall-Flavin also compares Macbeth, who was based on an actual 11th century Scottish king, to four other historical negative male authoritarian figures. However, that comparison doesn’t really gel in my mind. Nonetheless, to examine Macbeth in its own right is a great thing, which this adaptation certainly does. Therefore, how wonderful that students have been and will be seeing and discussing this excellent production.