Mark Bingham was a fantastic role model, not only for the gay community, but for anyone who searches for acceptance and finds it in an unexpected place. Bingham’s search for acceptance led him to the rugby pitch.  After he came out, he kept returning to rugby because that was where he felt the most comfortable. 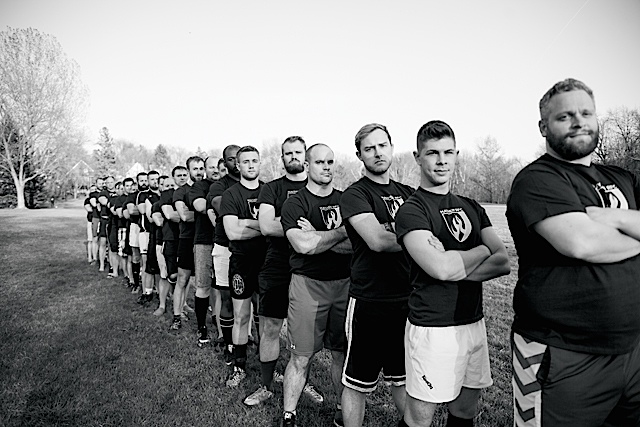 Building teams for gay men in San Francisco and New York is how he gave back to his community until he gave the ultimate sacrifice and saved countless lives by taking down Flight 93 on 9/11 in 2001. He was one of a group of passengers who took amazing measures to attack the hijackers, which eventually led to them crashing the plane into a vacant field in Pennsylvania instead of its targets in Washington, D.C.

At the time of Mark Bingham’s tragic death, only six gay and inclusive rugby clubs existed worldwide. Two of those were co-founded by Mark. Today there are almost 60 clubs. Named in his honor, the Bingham Cup is the biennial global event that promotes rugby as an inclusive non-discriminatory sport in a non-professional, gay rugby union tournament.

“We all have safe spaces, Mark Bingham’s was on the rugby pitch,” says Joe Thorson, the Minneapolis Mayhem’s social chair. “The gay stereotype has been under assault for many years; if anything, Mark’s promotion of rugby to gay men helped speed that up. We do our best to be inclusive within our team. Our club is open to gay men, straight men, and those who identify as men. Rugby takes all shapes and sizes and we do well to accommodate most.” 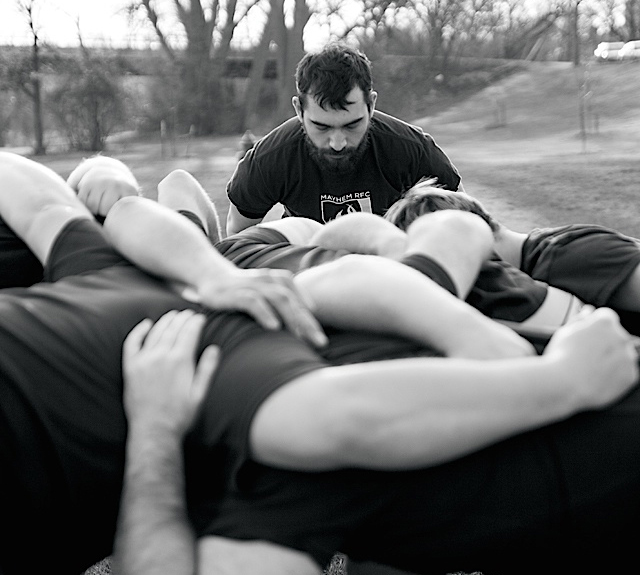 Bingham is quoted as saying his rugby team has the opportunity to be role models for other gay folks. And Thorson says, once you become familiar with rugby, it becomes so obvious that gay men would find acceptance and thrive in the sport. “I re-watched Paris is Burning recently and concluded that I was the drag mother to a horde of young rugby players,” he says. “The gay experience is so much about finding acceptance within yourself and then finding a family to help you thrive. That could be a drag mother helping you learn how to put on makeup for the first time, or a seasoned player teaching you how to take a big hit, brush yourself off and get ready for the next one.”

He continues, “We strive to have a positive impact in our community through the fundraising we do for the Special Olympics and work partnering with The Aliveness Project. At the end of the day, we do our best work with those who are brave enough to show up to their first practice and make the commitment to learn the laws of rugby. If we do anything for the community, we do our best to make our players better people on and off the pitch.” 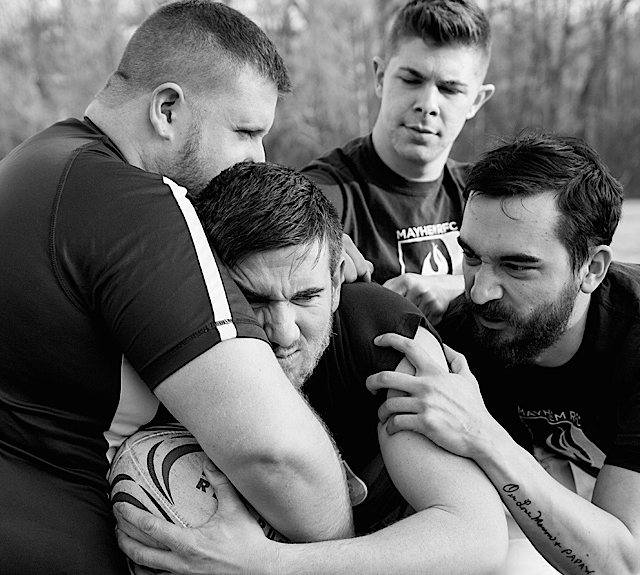 That commitment to each other and the the community carries over to the Bingham Cup, an event that Thorson calls the World Cup of gay rugby. Every International Gay Rugby member team in good standing is welcome to participate. After hosting the tournament in 2010, Minneapolis Mayhem sent players to Manchester in 2012 and Sydney in 2014. Now, with the Bingham Cup returning to North American soil, the Mayhem is sending an entire team to Nashville at the end of May.

“You get to spend a whole week with a group of people who understand you and understand rugby; it is an empowering experience. You make friends you will keep for a lifetime,” Thorson says. “Our number one goal with every match is to go out, have fun, and give it everything you have so there are no regrets off the pitch. That won’t change with Bingham, but we do have to be open to other styles of play.”

That commitment to the game and each other is part of why the Mayhem has experienced significant growth in the past couple years. Thorson says there is a spot on the team for players and non-players, with social membership being just as important to the health of the club as its playing members. 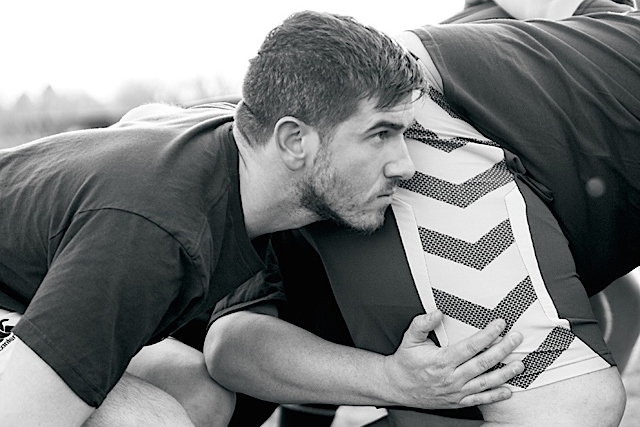 “We are a very social team,” he says. “We strive to be inclusive so players of all orientations feel welcome. Our team’s success comes from active recruiting and having social events that build community and empower our members. I think we excel at both.”

With the explosion of popularity for the sport in North America, there has been a big push to grow it in Minnesota through the Minnesota Youth Rugby Association, for which Thorson and the Mayhem are thankful. “As much as we would like to take credit for the attention the sport is receiving, it is the larger rugby community that helped us become a stable member of the Minnesota Rugby Union,” he says.

Following the Mayhem’s performance in the Bingham Cup, fans can look for them this summer at Pride. Stay up to date with the team on Facebook (www.facebook.com/MayhemRFC) and see what they have planned for Pride Sunday in the park. Thorson says, “Our bridesmaid/prom dress rugby exhibition matches after the parade are a hoot!”