The Reincarnation of Rin-Tin-Tin in the Moving “Meagan Leavey” 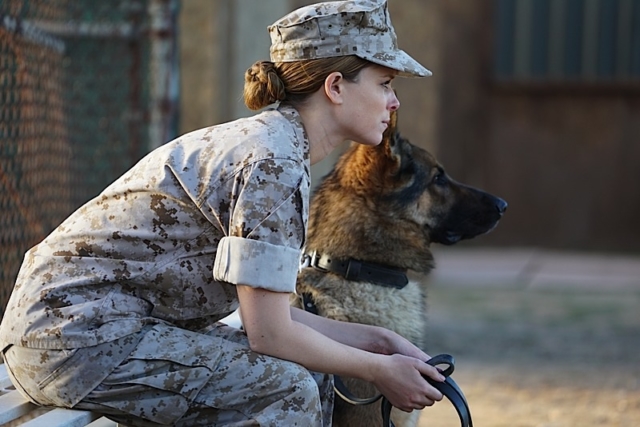 Almost a century ago, after being rescued by an American soldier in World War I, Rin-Tin-Tin became one of the biggest movie stars of the time. The adorable German Shepherd seems to have been reincarnated in the heart-wrenching new film, Meagan Leavey. In yet another terrific performance, Kate Mara plays the marine who trained a troublesome combat dog named Rex into being a hero who saved lives with his sharp sense of smell for hidden explosives. Based on a true story.

The turbulent relationship between Meagan and Rex is intense as she goes from the dog’s overt hostility to finally winning his trust and will to be trained. Mara has never been better as she not only works with Rex on the ground in Iraq, but comes up against formidable military bureaucracy when she wants to adopt him. The problem is that because Rex had a negative record as a problem dog before he met Meagan, he is stigmatized and considered a danger should he ever be released into civilian life. 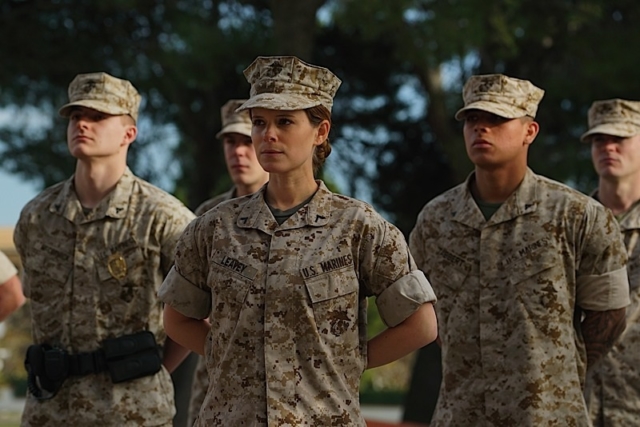 Yes indeed: Meagan Leavey pushes lots of buttons, but they are buttons that are definitely worth pushing. One of the most engaging movies ever made about women in the military. And Rex is one of the cutest movie stars ever, despite his ferocity in the early part of the film. Bring your handkerchief because it’s a real tearjerker! Beautifully directed by Gabriela Cowperthwaite.