The Receptionist Plays in Disturbing Synchronicity with Recent NSA Rulings 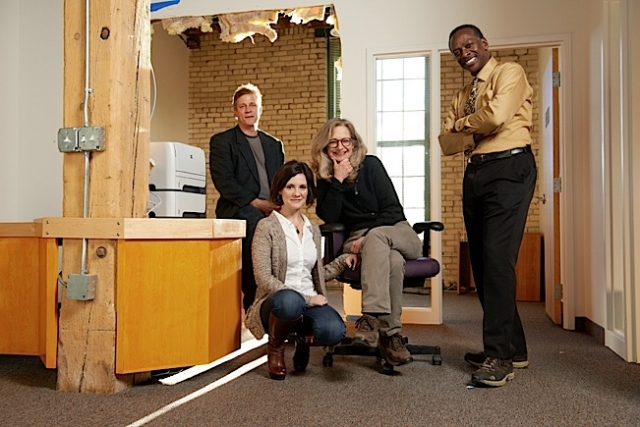 During the current run of Adam Bock’s riveting dark comedy, The Receptionist, by Dark and Stormy Productions, the US judicial system has shown its divisions regarding the the surveillance controversies of the National Security Agency’s (NSA) methods begun under Bush/Cheney and advanced aggressively under Obama/Biden, Secretaries of State Hillary Clinton and her successor, John Kerry, and straight icon of the gay community, Senator Dianne Feinstein. It goes to show that there are in fact millions of Americans who feel that Chelsea Manning and Edward Snowden are political heroes. Some have even called them John Browns of the 21st century and that the aforementioned politicians of both parties are seen as confederates in surveillance.

Bock’s 75 minute play is set in an office where antidemocratic and unconstitutional secrecy actions akin unwarranted wire taps and Extraordinary Rendition are glossed over with bureaucratic banality. A secretary and another office worker chatter away about unimportant details of their daily lives while forwarding fateful paperwork of the faceless victims of an unnamed superpower nation’s secret bureaucracy. It’s some of the bravest playwriting to come along in years. The only people who won’t ‘get it’ are those who haven’t bothered to watch even the most general news over the past year. 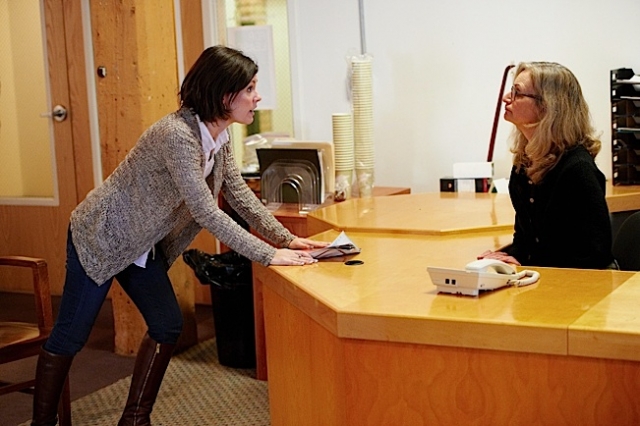 Dark and Stormy’s playing space is in an actual office section in the Traffic Zone Center for Visual Art. Director Ben McGovern’s superlative cast is kinetic in its comic timing and keeps you guessing about just what is under the surface of the words at any given time. Lead actress Sally Wingert as Beverly the receptionist is -and this must be some kind of first- electrifyingly vapid as a woman whose teacup issues overwhelm any awareness of the actual kind of work she does. Sara Marsh is a revelation of comic brilliance as Lorraine, a volatile office worker who seems to be interested in petty romance rather than the gravity of the consequences of the work she does. Bill McCallum, once again, is the perfect charmer, as a high ranking bureaucrat who comes to shake up the office with new orders from on high. I say ‘once again’ because of his recent eyebrow-raising performance in Skiing on Broken Glass at the Guthrie. And Harry Waters Jr. gives a wrenching portrayal as Mr. Raymond, a man caught in an insidious web simply for having a conscience.