The Pride Inside – For (Over) 50 Years, Twin Cities Nightlife Has Allowed Us to Get Real 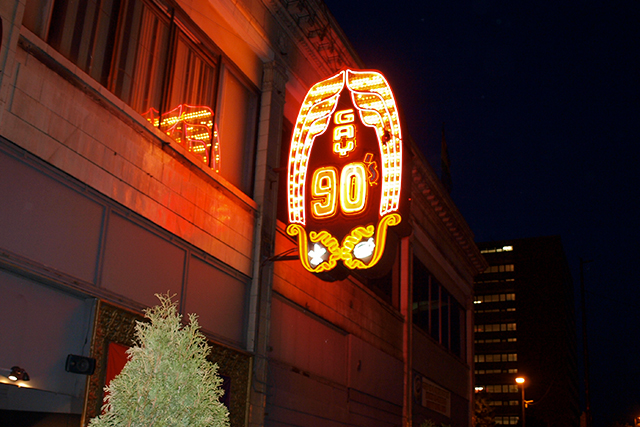 It all started in Summer of 1972, this Twin Cities Pride thing did, when a few dozen, perhaps a hundred, students stomped over the sidewalk accessorizing Nicollet Avenue, shouting about some newfangled, New York hoodiggery called “gay and lesbian Pride.” much to the consternation of their fellow sidewalk walkers.  Consternation, because the shouted-at had forgotten the riots that took place in and around Greenwich Village three years earlier, if ever they knew about them at all.  Pride alighted in Minneapolis then…but the notion of the “Twin Cities LGBTQ community,” under different names over the decades, is older.

The simple reality is this:  for a generation, the Twin Cities gay bar scene was LGBTQ Pride…or at least as close as the community’s most sensible members could come to it.  These were the dark days when one could (and did!) lose a job because an employee’s “lifestyle” ran contrary to his company’s image.  One might lose a family member, or a whole family, through well-meaning or downright-bigoted ignorance.  One might attract the attention of a cop looking for an easy collar or a hooligan looking for an easy target.  The love that dare not speak its name really didn’t dare.

For most local queer folk only one place offered even a semblance of community, of reprieve—that was Twin Cities night life.  Gay men, lesbians and any other misfit boys who didn’t quite fit in during the day might be their true selves behind a gay bar’s windows, protectively painted the color of the starless night sky, of nurturing blindness.  Within that uneasy haven, LBGTQ people could drop their diurnal facades, could talk and drink and talk some more, sharing the familiar burdens of fake and fractured identity.

This underground community formed when the notion of Pride (or even pride) was about as likely as a Cedar Lake shark attack.  For instance, during the 1940s and 1950s, Minneapolis was home to the gay bar The Dugout.  It was a perfumed handkerchief in the field of social poo known as the Gateway District, Minneapolis’s red light sector.  Despite the harrowing journey which might be endured to arrive there, the Dugout was a place in Minneapolis where queer folk could, as its metaphor implies, take shelter from the hostile outside world…but even this shelter was a complicated one.

The bartenders wore whistles around their necks—not to appear all dugouty, but to alert patrons of police raids.  See, the front of the bar was occupied by lesbians, but the back was occupied by confirmed bachelors.  When the whistles sounded, men and women commingled on cue, rockin’ ‘round the heterosexual-passing clock ‘til the boys in blue moved onto greener pastures.

The Dugout shuttered its doors in 1959, collateral damage of the city’s efforts to clean up the Dugout’s wild neighbors.

At the rough middle of The Dugout’s existence, in 1952, life partners Everett Stoltz and George Koch cannily identified a singular opportunity when Moy’s Laundry went out of business.  Moy’s had put down roots in the Loring Park neighborhood, already famous (within certain circles) as the gayest part of Mill City.  This building they converted into an unassuming hangout for the gay men who lived nearby, the most regular of the regulars even maintaining personalized drinking mugs there.

That maintaining-personal-drinking-mugs sense of community was tested in 1986.  Two years after a thorough renovation, the 19Bar was assailed by arsonists who would have succeeded in destroying it had the bar’s loyal patrons not rallied, covering the $10,000 worth of damage done, bringing the place back online within a week of its nigh-destruction, gay Pride made concrete with concrete.

These days, like many 70-year-olds, the Mini Apple’s oldest gay bar is happy to offer a less chicka-boomy alternative to the local LGBTQ community.  Here, one can luxuriate in a understated existence coolly accentuated by a jukebox, a pool table (with balls and cues), dartboards (with darts), and a seasonal patio (with tables and chairs), all for the proud LGBTQ person who enjoys hearing while hanging out.

For a more stimulation-seeking Pride exponent, there’s The Saloon.  The Saloon began its storied existence in the 1970s as a Western-themed gay bar whose discreet egress was indiscreetly called The Rear Entry.  Management was as bad at managing as it was at naming, so much so, in fact, that the place was actually boycotted not only by its staff, but by its customers, as well.

In response to this impasse, future Twin Cities legends James “Andy” Anderson and John Moore swooped in like a slightly-less-gay version of that probably-trademarked masked cowboy and his “ke-mo sah-bee, “reinventing the place as the Y’All Come Back Saloon.  This phoenix took its name from an Oak Ridge Boys song that doubled as a plea to its motley boycotters.  Whatever happened to the Oak Ridge Boys happened, and the place continues building LGBTQ Pride as The Saloon to this day.

Now referring to itself as “The Twin Cities #1 dance club,” the Gay 90s began its pre-gay existence in the 1930s as Wrigley’s Restaurant, its destiny apparently linked to the lower case ‘s.’

When Wrigley’s ran out of financial steam, the building lay dormant for several years…until it was reshaped in 1943 as the Casablanca Victory Bar and Café.  Under this Bogierific name, the place became renowned as a Dixieland jazz venue, one that featured stage bar dancing, hubba hubba.

This lively attraction died when the venue’s boss murdered an employee who sought to unionize.  (Yes, really.)  The place figured its current name was somewhat tainted by this crime, even though it was only judged to be second-degree murder.  In 1947, the venue became the Shanghai House only because the name Murder, Inc., was already taken.

Finally, in 1948, the future Gay 90s became– >deep breath< –the Gay 90s Theater Café and Cocktail Lounge, it’s then-new name evoking the final decade of the previous century, not the, y’know, other thing.  In fact, it was the opposite of a gay-in-the-modern-sense night spot, boasting vaudeville-style entertainment, along with various jazz groups who provided the sound track to strippers unplying their trade.  These were female strippers, if you can imagine such a thing, going by the collective name the Gay 90s Girls because the name Murder, Inc., was still taken.

One score and four years later, the Gay 90s did away with live music.  In August of 1975, it closed as a strip club, only to re-open the following month as a disco, and…annnnd…

…you can probably work the rest out yourself, yeah?

Of course, Lake City’s better-behaved, flannelled twin, Saint Paul, despite the holy-sounding name, wasn’t exactly indulging in monkish celibacy as all of this went on.  One especially memorable oasis of gay was the Noble Roman Bar which lasted from 1970 to 1976.  The Noble Roman Bar distinguished itself as a place for same-sex couples to marry, symbolically, if not legally.  Togas were optional but recommended.

And then there was a multifaceted entity that’s worn several faces over the decades:  born in 1924, it began life as a dry cleaners, became a bar, then a jazz joint, and then a bar again.  After a bankruptcy-forced closure, it opened in 1949 as the Townhouse Bar.  In this form, it was intended as a haunt for gay men, but the closure of nearby “women’s bar,” Honey’s, fathered an invasion that was settled via picket line and, eventually, court decision.  Although it became known anecdotally as a lesbian bar, men and women could be found at the Townhouse in roughly equal measure until it ceased operation a few years ago.  That’s when it took on a whole new name, along with a slightly new purpose.

“The Black Hart of Saint Paul has continued the legacy of the Townhouse Bar as the oldest LGBTQ bar in Saint Paul,” reports current owner Wes Burdine.  “Over the years, that role has shifted from being an old supper club, to a country-western line dancing bar, and now a queer soccer bar.”

A queer soccer bar may sound oddly specific, but such specificity is merely a refraction of the current LGBTQ community’s many-splendored Pride.  Burdine elaborates:  “We see our space as a place that builds niche communities–a socialist knitting group, a leather group, women’s rugby fans, soccer fans, drag lovers–and also brings those groups together. The center of our weekends are the shows–drag kings, drag queens, and burlesque, among others–that celebrate the spectacular beauty of our communities.”

Of course, beauty often lies within the eye of the beholder.  As Burdine notes, “Most importantly, Black Hart tries to be a place that embraces people as they are when they walk in the door.”

The Brass Rail, the eagleBOLTbar, Lush Lounge and Theater, and so many others have, over the years, offered that same embrace to members of the LGBTQ community—in many instances, such places were the community.  Although the Twin Cities are gay-friendlier than they were when it first came to town, Pride in its many forms will always be part of Twin Cities nightlife.