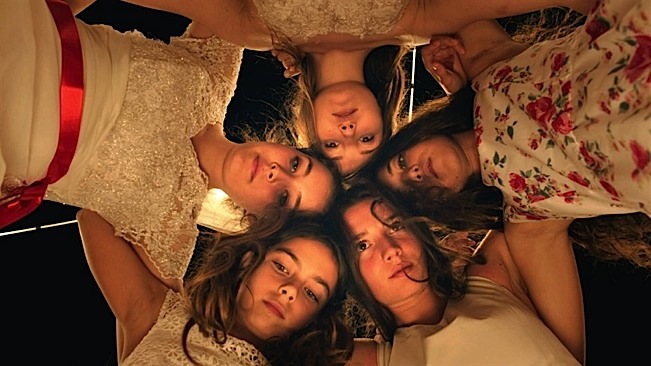 A group of five sisters is locked down in their rural Turkish home. They must remain untouched by anything that might be construed or misconstrued as sexual experience. When the time comes, they are to be wed in a marriage, traditionally arranged, so they must remain “pure” until then. In director Deniz Gamze Erguven’s notable feature debut, the burdens heaved onto the five sisters borders on the unbearable to watch at times. But you can’t help it.

At the root of this is a combination of religious tradition and subsequent erotophobia. They are overseen by a brutal uncle and tyrannical grandmother who project their sex-fixation onto them, calling them whores and the like, and physically threatening them. Virginity tests, like drug tests in the U.S., are a matter of course. Play with boys and other girls on the beach is interpreted as sinful sluttishness. 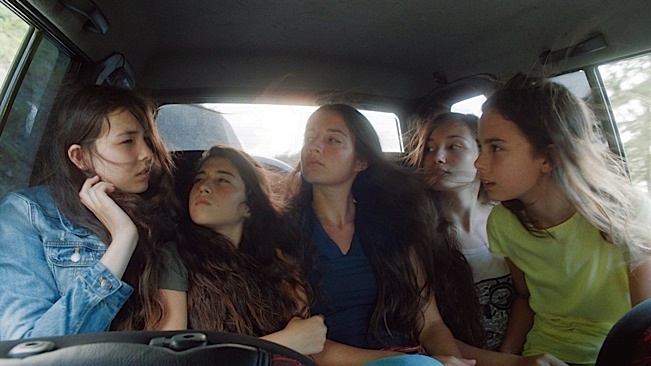 Adults in this world have regressed. They have taken on that backward view that to be easy about sexuality is sinfully immature and to be judgmental about it is virtuous. Adults are conditioned as children to be swept into a lifelong swirl of being scandalized by sex and skin. A young female simply being in the presence of a young male can be grounds for punishment. Kinsey or Masters and Johnson have never crossed these adults’ mental threshold.

Gunes Nezihe Sensoy beguiles, inspires, and endears as the youngest, Lale. It is thrilling to watch this young actress as she continuously rebels against the irrational customs she refuses to endure. She reaches deep within herself and finds ways to thwart their shaming. It’s as if she was born with a militantly rational sense. Mustang is a touching and absorbing new film that demonstrates how damaging the fear of sexuality can be. It is accessible to a broad audience.