“The Norwegians” — Wacky Fun for a Cold Winter Night 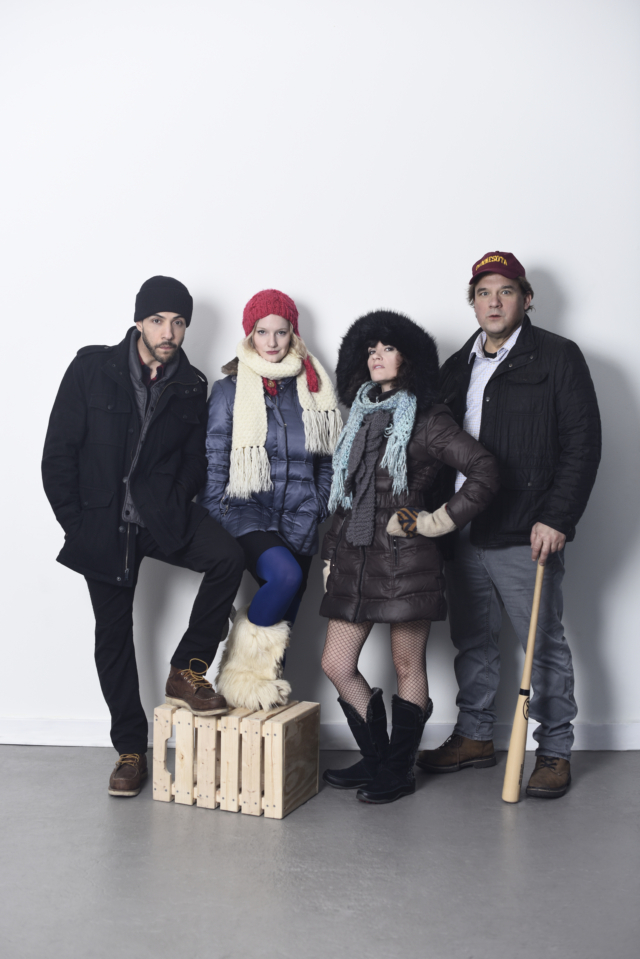 The influence of the Coen Brothers’ Fargo lives on in a wild new stage comedy by C. Denby Swanson titled The Norwegians at the Grain Belt Warehouse. In this case, Texas gal Olive (Jane Froiland) wants her ex taken out by two Norwegian American hit men. The time and setting are winter in Minnesota and Olive, along with gal pal Betty (Sara Marsh), have succumbed to the winter blues and outrageously hilarious bouts of self-pity. Swanson and these two terrific actresses are joyously over-the-top in expressing how some of us project an absurdly romantic fantasy onto those we desire. (I would love to see Denby dig her teeth into a send-up of Oprah or The View after seeing this delightfully savvy comedy.)

Luverne Seifert is simply vibrant as big, tough guy, Tor. He gives the appearance of being a knucklehead but is actually cannier than he lets on. Seifert is complemented perfectly by an ultimately vulnerable James Rodriguez as his cohort Gus, a man who sweetly reveals his insecurity over women. Denby understands how many heterosexual men sometimes have a hell of a time figuring out what’s going on inside some of the women they’re drawn to.

Joel Sass has directed this Dark & Stormy production with comic precision and bigger-than-life dynamism. Happily, the production and the play never sink into anti-Scandinavian stereotypes. Though the performances are appropriately overblown, they never lose sight of the characters’ humanity. This is a true sign of comedic expertise.