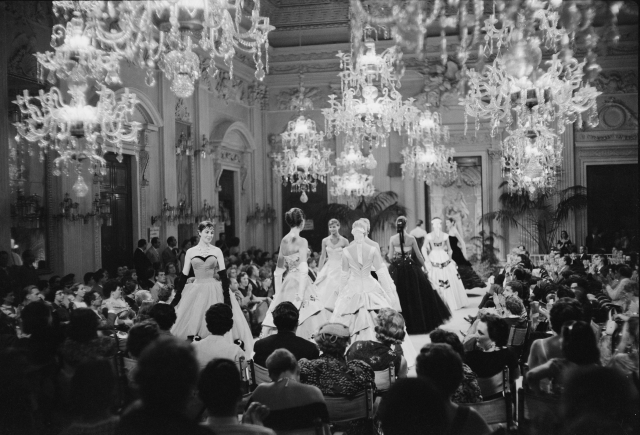 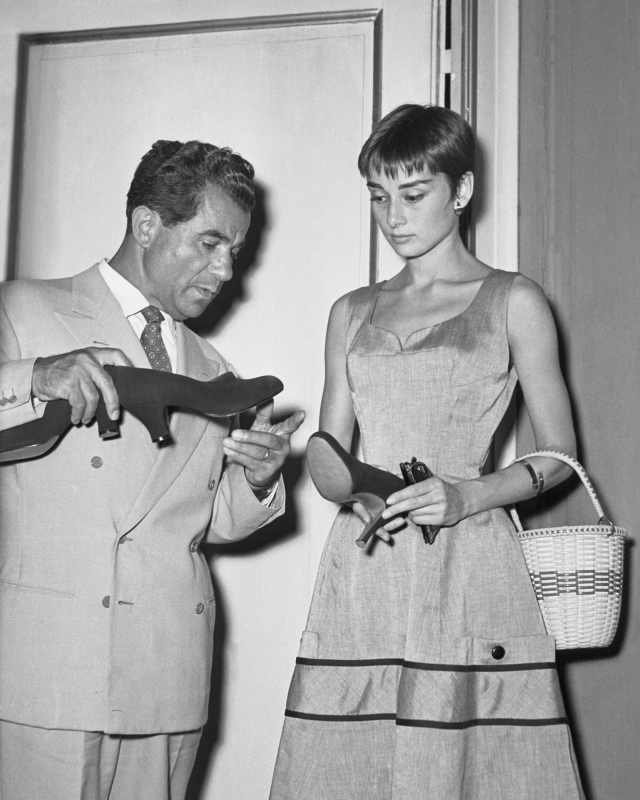 It’s not every day that you get to see an exhibit organized by London’s Victoria and Albert Museum in Minneapolis but the Minneapolis Institute of Arts now glistens with a resplendent retrospective on Italian Fashion since 1945.

The installation begins with two handsome but austere women’s suits from the Fascist era. In 1945 Italy under Mussolini in union with Germany under Hitler were defeated by the the Allies under which the US and the USSR were the most powerful forces. Italy was among the defeated to become associated with the West aided by America’s Marshall. Eastern Europe was put under the influence of the Soviets.
Obviously, a humiliated Italy was decimated, so its economy had to be rebuilt. Neorealistic ilms of Rossellini, DeSica, and Fellini; Bertolucci’sThe Conformist and Pasolini’s Salo contain visceral depictions of that time.
Therefore, Italian designers had to pull themselves up by their fabric. Italian aristocrats employed artisans to do hand made detail work. Italian fashion houses  were set on a path to rival those in France. Some of the postwar designers featured include Vita Noberasco, Sorelle Fontana, and Emilio Pucci.
In the 1970s consciousness shifted and ready-to-wear fashions were made for mass consumption but they still maintained a distinctly exquisite aesthetic standard. That said, the hand-made style continued and the exhibit reflects both. A film relates the crisis in maintaining the Italian hand made tradition and the importance of fashion to the nation’s economy. Many gay patrons will take note of the Versace pieces and clothing associated with Jackie Kennedy, Ava Gardner, and in a way, Truman Capote.
Italian Style: Fashion Since 1945
Through Jan. 4
Minneapolis Institute of Arts, 2400 Third Av. S., Mpls.
(612) 870-3000
www.artsmia.org