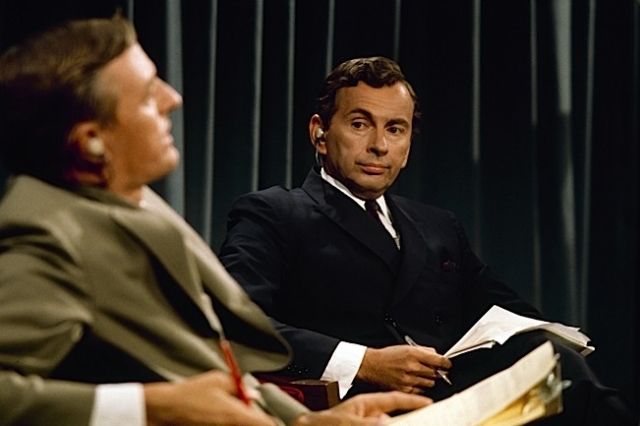 Best of Enemies has been raved about as one of the greatest documentaries of recent years. And deservedly so. Morgan Neville and Robert Gordon’s masterpiece recounts the landmark televised debates at both major 1968 political conventions between two American patricians: conservative thinker William F. Buckley and anti-establishment intellectual Gore Vidal, who actually considered himself to be a Republican. ABC produced and unexpectedly garnered very high ratings.

Much has and is being said about this film which crackles with a vast array of concerns. However, something that adds to Best of Enemies‘s sumptuous palette is that it reveals how homophobia and transphobia were regarded at that time, the year before Stonewall.

Vidal was what we could categorize today as “non-defining” in his sexual orientation. He saw sexual activity as an action, not an identity. But today’s audience must understand that to the U.S. public in 1968, that was tantamount to saying you were gay or the more commonly used noun, homosexual. Taboo. His essays and post-The City and the Pillar novels are charged with intimate understanding about male-to-male intimacy. His approach was subversive, strategic, and successful. During his post-WWII young manhood, the McCarthy Era was brewing in its embryonic state. Pinko-Commie-Fag was a sloganeering epithet of the time. Vidal happily, openly, and contemptuously scorned and ridiculed such jingoism. 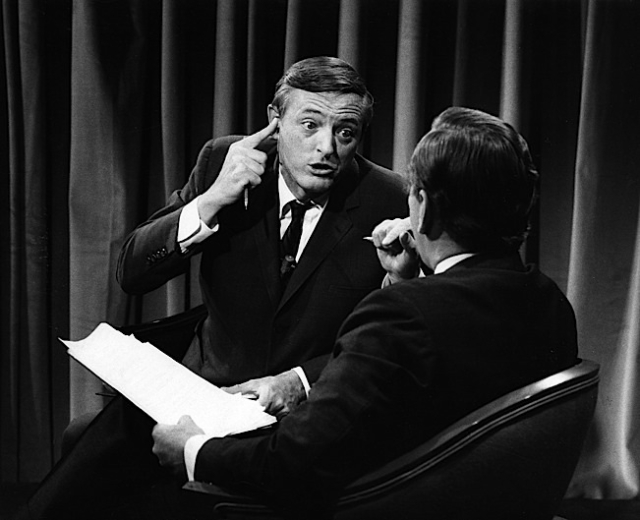 Vidal was never intimidated and saw his personal expression and his distinctive view of history as his privileged birthright. Lefties today often mindlessly drone on about privilege but Vidal exemplifies himself as a person they owe much to. His memoirs are filled with illuminating stories of his personal male-to-male experiences, from intercourse with other men while in the military as a young man to Jack Kerouac. They reveal that, for Vidal, homosexual expression was his right and a stand against engrained societal prudery.

Early on Best of Enemies makes us present to the fact that, in 1947, Vidal wrote The City and the Pillar, the first novel with a homosexual protagonist whose homosexuality is treated as a natural, functional part of life. Though Vidal was ostracized by many in the publishing world because of this he found his niche as a bestselling novelist, playwright, and teleplay writer.

We are also reminded of another very, very important element often forgotten. Vidal’s 1968 satirical novel, Myra Breckenridge, shook the nation. I myself can remember in the puritanical little southwest city where I grew up, the shock, disgust, and outrage the book ignited. Its protagonist goes through two sex-change operations (what are now called sexual reassignment surgeries) and in so doing becomes daring and wildly irreverent. I have reread both marvelous books in recent years and they are still fresh.

In the debates, Buckley expresses his disdain for Myra, which at that time and in that context, was an extension of hyper-malice toward anything related with any hint of favor toward the unfolding Sexual Revolution. An ever-unflustered Vidal was often called a “degenerate” which was perhaps the worst, stigmatizing term of that time.

As you watch Best of Enemies have fun in intuiting and recognizing the subtle and not-so-subtle slurs that Buckley uses to undercut Vidal. He uses the word “feline” to unsettle him, but Vidal never takes the bait. And that’s just the beginning. There is fascinating and legitimate musing on how Buckley presented himself — his effete patrician attitude was interpreted as homosexual. The homosexually experienced Vidal, however, presented himself, and I think organically so, as a highly civilized masculine man. Not to mention he was movie-star handsome. There is something to be said for knowing yourself.

It was Buckley who began to make more people wonder if excessive expression of homophobia betrayed a possibility of latent homosexuality in the person who constantly refers disparagingly to homosexual and feminine male attributes. This is now a view widely held. So perhaps the GLBT community owes his memory a backhanded thank you. When Buckley implies Vidal is feline, ironically, he is actually the one who looks like a lounging kitty cat. 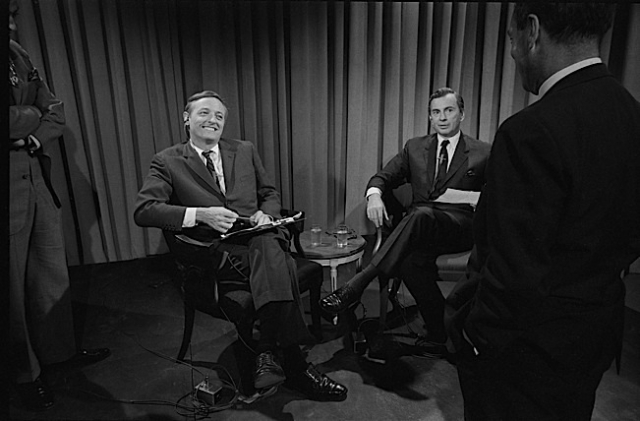 Of course, like your mom used to say: do your homework! The studious Vidal gave Buckley the intellectual battle of his life. He diligently hired thinkers to help him research as if the debate was what he was put on earth to do. Buckley was off sailing rather than fully studying up for the debate because he thought this immoralist Vidal would sink himself. Au contraire! Turns out that Vidal was not the “decadent” he blindly assumed him to be!

The general consensus was and still is that Vidal won. Much of that owes to how Buckley lost his cool and called Vidal a queer, definitely a slur, after Vidal called him a crypto-Nazi. Both were low blows but “queer” was still farther beyond the pale. The interchange shocked the nation. Understand that “queer” was unmentionable, a catch-all word in 1968 for “sexual deviant” and “homosexual” that signified the most transgressive taboo. Pedophilia was widely seen as part of that stew.

As you watch the debates along with the film’s interviews consider how many coded homophobic and transphobic terms you are hearing. They glisten throughout. You’ll get the very feel of the zeitgeist. And don’t be embarrassed if you find yourself torn between both men’s different world views. They were titanic minds to be reckoned with. You may find your view of history altered.