Off the Eaten Path: The Lowry 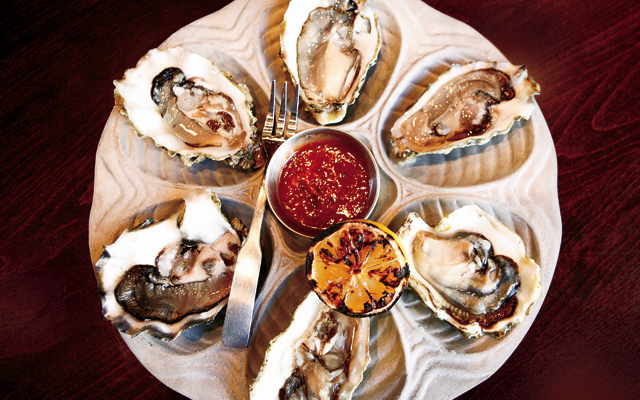 The Lowry Serves Up Neighborhood Noshes for the Upper Crust Crowd.

This is not my first Blue Plate Restaurant Company write-up and, though I feel I’m required as a food writer (according to our secret food writer code) to eschew any restaurant that has any corporate leanings, I just can’t. So they’re like the Roman Empire of Twin Cities restaurateurs. So what? As the Romans sowed the seeds of imperialism, they brought sanitation, the alphabet, and really sexy centurion uniforms. The Blue Plate Restaurant Company, on the other hand, brings comfort food with a twist. Their 450 or so employees get the restaurant business, and best of all, they know how to turn a satisfied customer into a regular. Like mighty Caesar, they also have enough sense to let each satellite do some self-governing, and assimilate into in the culture of its own neighborhood–as in, fishnet-wearin’, tattooed servers in Uptown. Hail Caesar. 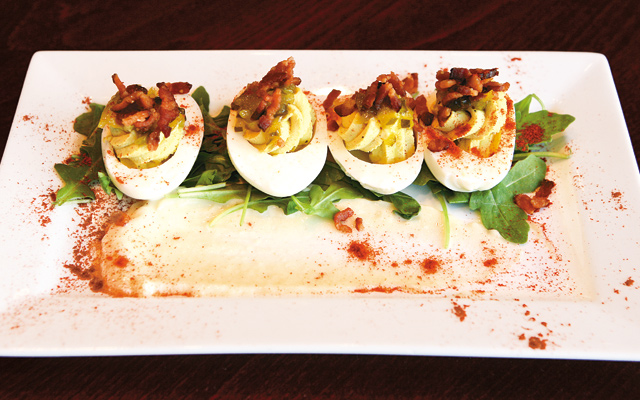 Their newest venture, The Lowry at 2112 Hennepin in Uptown, has brought together a casual foodie’s dream team, with Head Chef Dustin Pallansch (Strip Club) and Executive Chef Joan Ida (Tria, Goodfellows) in the kitchen, and Jeff Rogers (Town Talk Diner) at the bar. They also brought in some guy named Armando to do cocktail training, and the mixed drinks definitely were Armando-fabulous. The frothy Lane Zamprey ($8), for example, has subtlety and a depth that’s hard to find in a cocktail. A lengthy tap beer selection (we sipped the Harriet West Side) is another wise move on Blue Plate’s part. Microbrews are the new wine, after all, and one of their servers is already certified as a Level One Cicerone. Bottom line? Take your server’s advice when it comes to pairings–you’re going to want something fantastic to go with the food.

The Cheese Curds ($8) are definitely worth the caloric splurge, made with delicate curds from a Wisconsin farm, and served with a jalapeño blueberry ketchup for dipping. The breading is perfect and the sauce is sassy enough to thrill, but doesn’t overpower the cheese or overload your senses. Festive Deviled Eggs ($2 ea.) are next, trussed up with diced bacon, arugula, and garlic aioli. If you’re hung over, however, might I recommend instead the French Fry Poutine ($9). Yes, the Blue Plate folks do indeed understand the special needs of the Uptown customer, as opposed to, say, the clients who frequent the Highland Grill. Hot, salty French fries are smothered in braised beef, melted cheese curds and rich gravy. If that doesn’t cure what ails you, at least it helps you stop obsessing about things that are now out of your control. That’s part of the serenity prayer, right? If you’re not having a poutine kind of a day, The Lowry also sells oysters, both raw and Rockefeller. 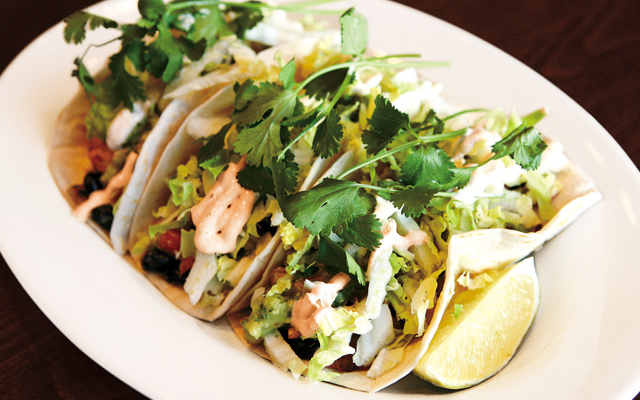 Some restaurants with great apps sometimes struggle with ho-hum entrees. The Lowry’s entrees hold their own with the Crepes Pot-au-Feu ($13) as well as the Pork $15) and the Fish Tacos ($13). If you’ve never thought to put horseradish with a savory crepe, let this be your re-education. Braised beef, stew vegetables and light-as-air potato croquettes are given rare, but deserved diva treatment when wrapped in this delicate crepe. The pork was a little overdone for my liking, but its accompanying polenta, fried shallots and zesty San Marzano sauce were fantastic, and I do understand most diners are finicky about pork that’s anything less than well done.

The Fish Tacos, however, blew us away. Blackened tilapia, avocado, fresh salsa, Napa cabbage and a twist of lime juice made these the best fish tacos I’ve had, to the best of my memory, in the Twin Cities. Normally with a fish taco, halfway through, you end up regretting the choice not to go with beef, or at least chicken. These summery beauties, on the other hand, are worth coming back for again and again.

With our entrees, we sipped the Blood and Sand ($8), which uses orange juice, Cherry Heering and sweet vermouth to tart up its scotch base; and the Battle Cat ($8), a beer cocktail laced with vodka, Orange Curacao, and lemon juice that is surprisingly refreshing and all too drinkable. The Lowry is working on completing its official whiskey list, but anything from a Macallan to Death’s Door white whiskey is yours for the asking. The Death’s Door is downright tequila-y, and pops the salt in the crust of our velvety Banana Cheesecake. It may have been an accidental pairing, but happy accidents are my favorite kind.

The Lowry has an outdoor patio and is working on the parking situation. Currently, they offer free valet service after 6:00, but in the future, they may be working out a deal to let their customers park in the lot next door. I hope that deal goes through, because the adjacent giant empty parking lot certainly doesn’t give The Lowry the first impression that it’s due. 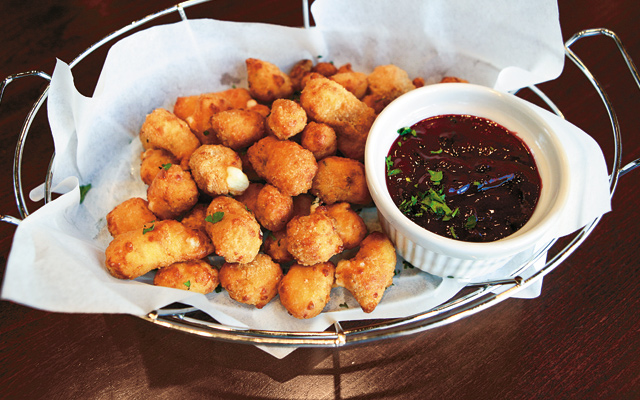