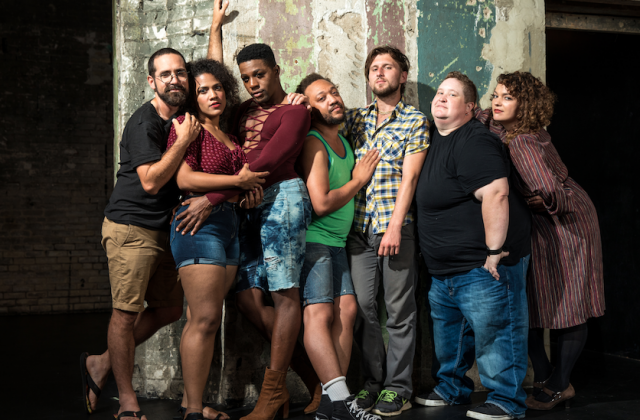 The Southern Theater’s AMPLIFY series continues with Hit The Wall, a Teresa Mock-directed journey through the legendary Stonewall Riots of 1969 seen via the prism of intersectionality, taking the audience on a trip to those fateful nights in Greenwich Village through the eyes of the concurrent GLBT Rights Movement, the anti-war movement, the Civil Rights Movement, the Women’s Liberation Movement, and more.

Written by playwright Ike Holter, Hit The Wall is the latest of Southern Theater’s AMPLIFY stage series, which was created to give a voice to underrepresented voices and their stories. AMPLIFY is intended to connect people and initiate important conversations relating to marginalized communities, all through the power of art. Hit The Wall marks the first time native Minnesotan Holter’s work as a playwright has been produced in his home state.