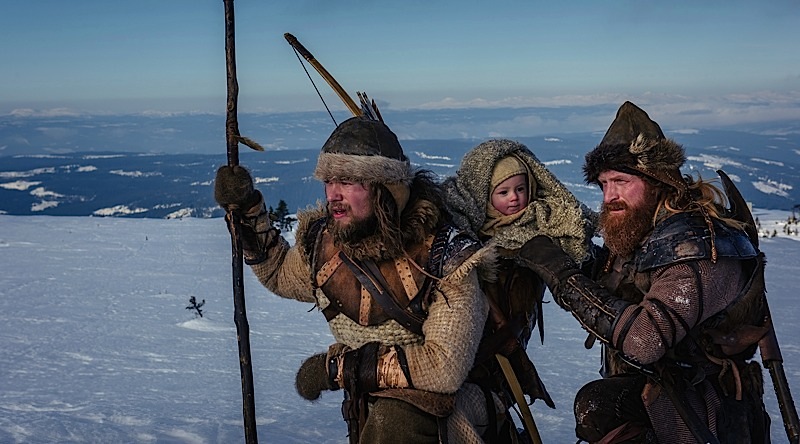 In 1204, the Baglers, a group of Norwegian aristocrats, merchants, and clerics in the service of Rome, pursued little Haakon Haakonsson, the toddler son of assassinated Norwegian King Haakon III. Though conceived out of wedlock, Norway’s rural peasant class honored the fact that the late king wanted the child to be his rightful heir. 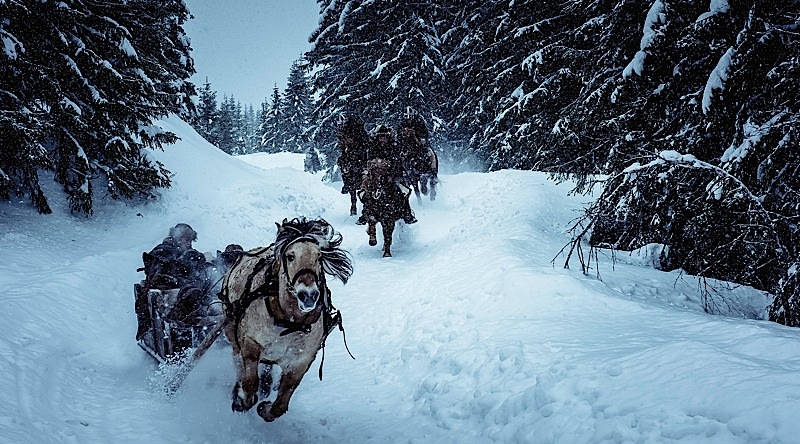 The Last King exhilaratingly and endearingly conveys the wild chase through the Scandinavian wilderness with a haughty and powerful Bagler brigade chasing little Haakon and two good-hearted warriors who shuttle him to points of safety. Kristofer Hivju (Game of Thrones) and Jakob Oftebro totally push our buttons as two heroic tough guys against the odds, who become naturally protective and gooey over the little heir. 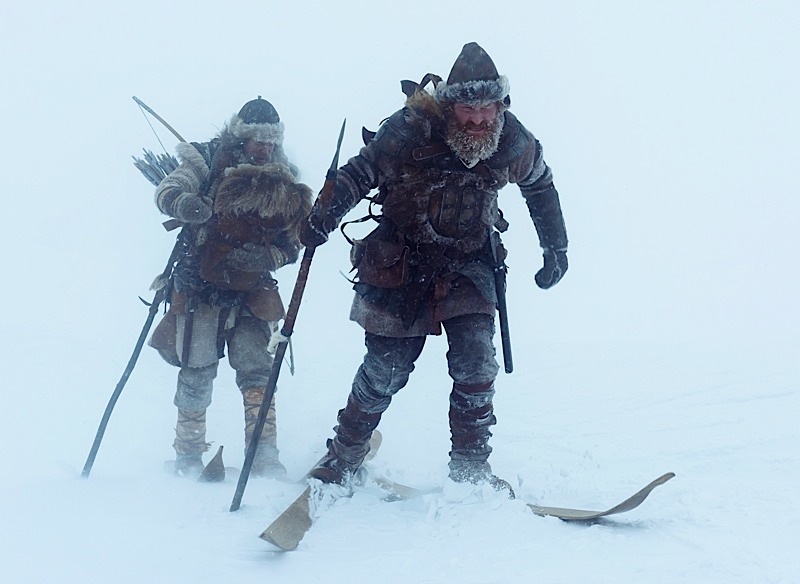 Gorgeous Scandinavian wilderness is thrillingly photographed by Peter Monkroski as the actors pursue each other on birch bark skis! The medieval version of cross-country skiing! Throughout! It’s like a sporting event with a conscience directed with heart, historical savvy, and refreshing idealism by Nils Gaup.