The Head Table – In Conversation with Bret Bannon 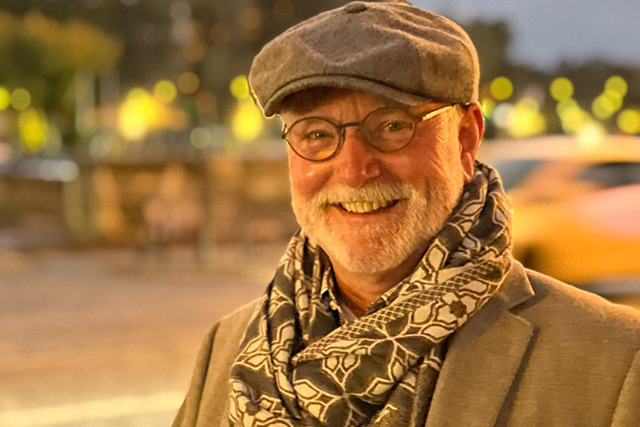 Few things stress me out more than being in the kitchen. My cooking space always feels inadequate in some way for the grand culinary ideas I have in my mind, so they often never come to fruition. Not to mention that after two years of social distancing, I haven’t had people to cook for! It’s hard to get motivated to cook during a global pandemic, but luckily for chef and instructor Bret Bannon of the famed Bret’s Table, his pure love of cooking actually flourished.

“In the pandemic,” he says, “I was still cooking quite a bit and then giving food away. People would come to my door—you know, I’ll set it on the stoop and you enjoy it.” Everything from cheesecake to gnocchi, Bret was able to find people on Facebook to share his delicious cooking with, even while isolated. But sharing great food isn’t the only thing Bret loves—he also relishes sharing the knowledge of how to create that food.

“If you give somebody a meal, that’s one meal,” he says. “If you teach somebody how to cook, they can go off running and share their passion with others.”

Bret has been cooking since he could reach the stove, and has since taught culinary classes at top cooking schools, led culinary tours Paris, Burgundy and in Provence, and has worked alongside fellow food maestros Suvir Saran, Rocco DiSpirito, Anne Willian, Joanne Weir, Jeffrey Alford and Zoë François. His website, Bret’s Table, boasts classes, and, among a range of offerings, detailed recipes from his own oeuvre.

“I was never shunned from the kitchen,” he says. “I often hear that moms or dads didn’t like their kids being in the kitchen underfoot. But my mom and my dad and my grandmothers were always welcoming. So, my whole life has been around food.”

Being a chef, however, wasn’t always the dream. In fact, at one point Bret wanted to be a monk.

“I did my graduate and undergraduate in two Benedictine Monasteries,” he says, “and they are all about hospitality. So, food and hospitality became my gig. Then I went to France and fell in love with everything French. I worked at Cooks [of Crocus Hill] for a long time, both as a volunteer, and then when I ran the school, I was meeting all the local chefs. So I was surrounding myself with other people who loved food. That’s really how I learned cooking: standing next to these amazing chefs.”

After trying out the high-pressure food scene in New York, he found the restaurant business wasn’t the environment to nurture his creativity. “I don’t want to be someone who’s making a hundred chocolate crème brûlèes or thousands of truffles because I get bored too easily,” he says. “I would much rather teach than execute the same thing the same way.”

Working as a business analyst by day, he cultivates that creative freedom and love of teaching into Bret’s Table. Still, as much as he loves innovation, Bret prizes tradition just as much—especially around the holidays. He points out that without staples like pumpkin pie or turkey, there can be some disappointment around the table. “It’s that balance of new and old, history and memory,” he says. “You know, one year instead of a pumpkin pie I did pumpkin tamales, with caramel sauce and whipped cream.”

But Bret, ever humble, knows that not everyone is up to that kind of challenge. His philosophy is a simple one: bring your best, whatever your best is. “It’s all about being welcome and putting people at ease and enjoyment,” he says, “whether that’s ordering pizza or putting on a five-course meal. I want to always have the best—not for me, but for you.”

He adds: “You put your other life aside to be present around the table. To be vulnerable with maybe not knowing a particular ingredient. To be open with the other guests at the table.”

As for my own culinary misgivings, talking with Bret definitely helped. He assured me that there’s no shame in starting with something simple—especially if you’ve spent a good portion of the last two years eating frozen meals and takeout.

“You have to have an interest,” he says. “You know, not everybody enjoys cooking. I get that. But you also have to have people who appreciate good food. I cook for my audience. I want to make them feel welcome, to enjoy that experience, whatever that experience is.”

For more information, check out BretsTable.com.