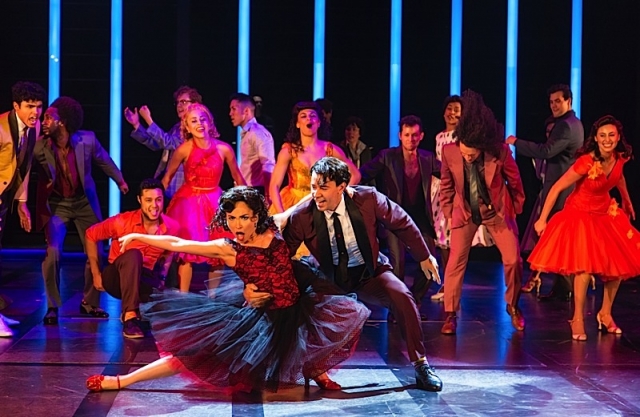 A few years ago, the Guthrie Theater’s Joseph Haj directed a glorious production of South Pacific that was actually better than the 2008 Tony-winning Lincoln Center revival. He has now achieved a West Side Story that surpasses the 2009 Tony-nominated Broadway revival. Clearly, he is a musical magician drawn to work with a powerful social consciousness, a quality these two musical classics are renowned for.

With West Side Story, Haj has seamlessly employed his signature multiracial/ethnic casting for the musical’s two warring gang ensembles: the Puerto Rican Sharks and the mixed ethnic white Jets, in which some non-Caucasians have been colorblind cast as a part of. And it works wonderfully—underscoring the truth that a gang or a mob creates its own armored collective mind, regardless of color and even gender, as it pulses inexorably toward a violent end. I say gender because the Jets also contain—albeit with some resistance—a tomboy named Anybodys (a feisty Leah Anderson) who, as it is said, moves in and out of the shadows. 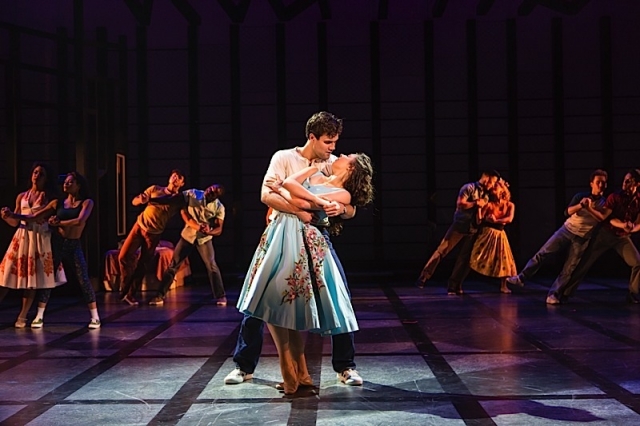 The Guthrie’s West Side Story also makes a risky departure from the musical’s traditionally emulated choreography by Jerome Robbins’s of the original 1957 stage production and the monumental 1961 film, which Robbins co-directed with Robert Wise. Revivals ever since have hewn to the original Robbins template. That said, Guthrie choreographer Maija Garcia and fight director U. Jonathan Toppo use the legacy as a springboard to a somewhat looser approach. This still flows passionately in congruity with the musical’s inherent style, except for the Cool number where dancers are made to compete with the setting’s drugstore diner tables and chairs. These could have been artfully set aside for the purpose of the dance.

Of course, West Side Story is a New York tenement version of William Shakespeare’s Romeo and Juliet, so its romantic leads, caucasian Tony and Puerto Rican Maria, guide the turbulent chain of the musical’s events. The Guthrie’s pair is simply astonishing, capturing the pressure of being true to one’s heart to the exclusion of one’s tribe. 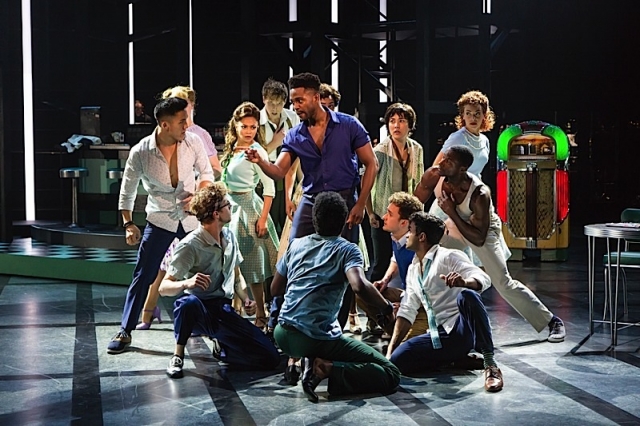 Obviously, one cannot help but make comparisons to the film. In his own way, Richard Beymer is perfection as Tony. However, Marc Koeck at the Guthrie is perfection in his own way as well. His is a gritty and psychologically muscular Tony, more alpha and commanding. You actually get a better sense of why the Jets want him to return to their gang war agenda to be the ace up their sleeve at “the Rumble”. Not to mention, it serves in showing why Maria finds him so overwhelmingly attractive. The setting is urban structure, but the impulses are primal nature. Youth unchained.

The film has a lovely, though limited performance by Natalie Wood as Maria. The catch is that Marni Nixon dubbed Wood’s voice. However, the Guthrie’s marvelous Mia Pinero gives Maria a voice that soars and she mines the delicately vulnerable moments of a young woman catapulted into the dark world of harsh adult reality after a sheltered life as an innocent youth. This dynamic is one of the deeper cuts that West Side Story puts forth and Pinero, under the direction of Haj, penetrates this. We are made acutely present to the naïve mistake of insisting that Tony be heroic at the Rumble. 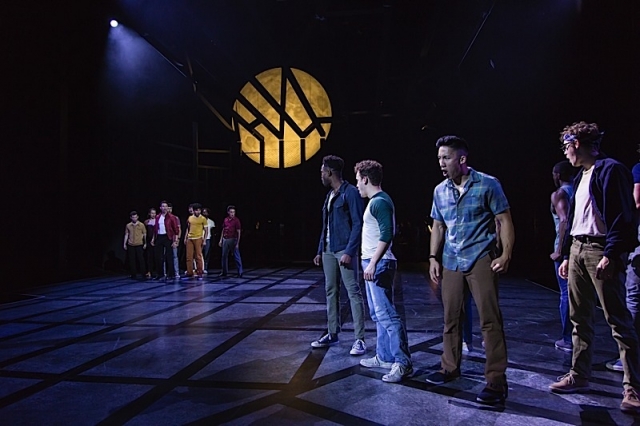 On the other hand, Pinero is at a disadvantage because Haj has neglected one thing: the Puerto Ricans are devoutly Catholic, which the world of this musical clearly indicates. Christian identity is also true of Tony and his peers. Nonetheless, as Maria plunges toward the tragic eventualities, this wonderful actress rightly crosses herself, but there should be a visible cross as well, to bring that point home. Unfortunately, for whatever reason, there is little to no iconography in Christopher Acebo’s set or in Bradley King’s otherwise brilliant lighting to reinforce that. The commandment of Thou Shalt Not Kill is embedded in West Side Story. Its three great Jewish creators—book writer Arthur Laurents, composer Leonard Bernstein, lyricist Stephen Sondheim—would all have been firmly rooted in the Old Testament whether devout or not. (Sondheim, mentored by Oscar Hammerstein II, is still alive.) 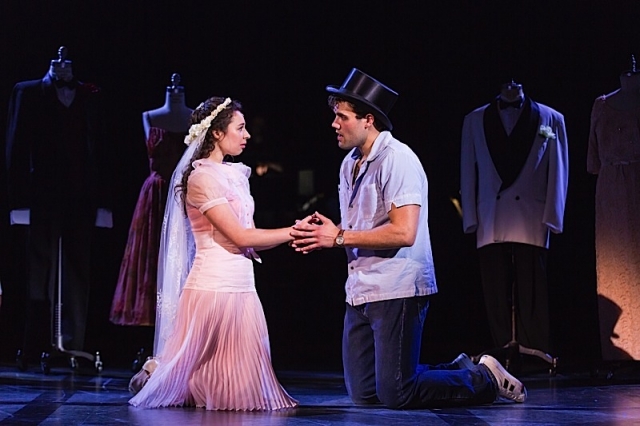 The Guthrie revival also benefits enormously from what may be the best lighting design of any staged West Side Story you’ve ever seen. Bradley King uses long neons and effectively placed streaks and spots of luminosity. For example, how can one ever top the film’s Tonight ensemble number. It’s one of the greatest segments in cinema. However, thanks to King and Mark Hartman’s impeccable music direction, the Tonight segment is enthralling, which it should be.

The supporting and minor roles are terrific. One standout is Raye Birk as the drugstore diner owner, Doc. He brings a vivid crustiness to the role of a middle aged man disgusted at man’s cruelty toward man—very different from the resignation of Ned Glass’s fine film portrayal. Another first-rate vocalist, Ana Isabelle, shines as Anita, a woman made to struggle with her vengeance impulse despite her deep belief in the power of love. Indeed, West Side Story in Haj’s hands, remains a profound examination of the perils of tribalism’s unhinged impulsiveness, naivete about human nature, and the fragility of romantic love.