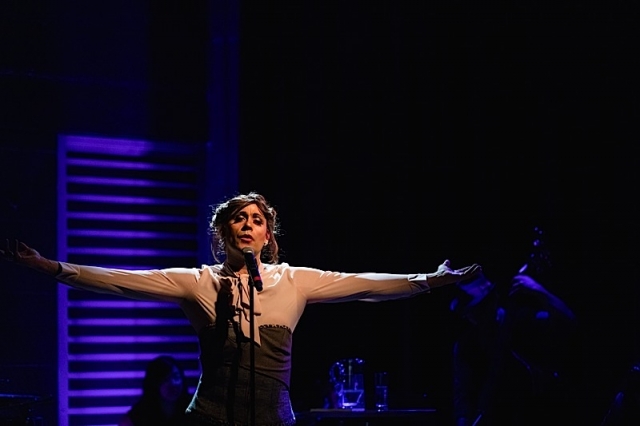 The Guthrie Theater’s Dowling Studio is developing a reputation as a Go-To spot for performance work out of the traditional mainstream. Two queer-oriented works from outside the Twin Cities play this month. They’re part of the theater’s curated festival, Get Used To It: A Celebration of Queer Artistry. These are the second and third works of three offerings that began last month with Unexploded Ordnances (UXO) from Split Britches. 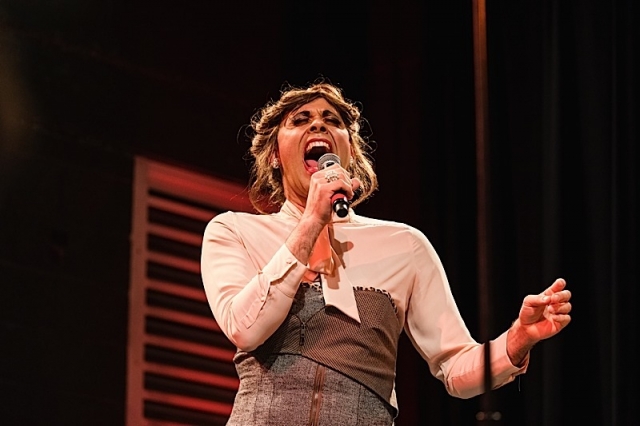 Martha Graham Cracker’s Lashed But Not Leashed (Feb. 14-16) exemplifies what some call “monster drag” performed by Dito van Reigersberg, the co-founder of Philadelphia’s Pig Iron Theatre. The performer self-describes as “No lip synching. Just lip.” Hairy chest exposed and a face fully glammed up, van Reigersberg’s alter-ego, named Martha Graham Cracker, croons tunes with a live band and reminisces about her difficult past. Directed by Joanna Settle with songs by the star performer, as well as David Sweeny, Eliza Hardy Jones, and Vince Federici. Originally produced by the Kimmel Center for the Performing Arts in Philadelphia. 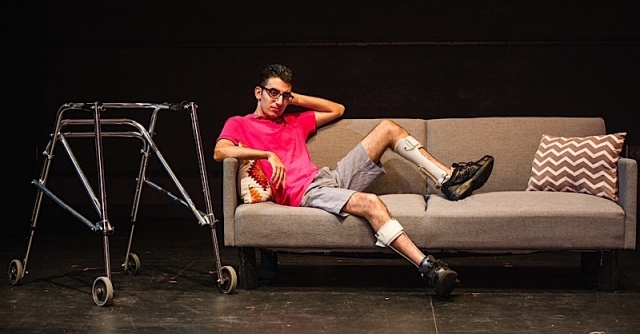 In Ryan J. Haddad’s Hi, Are You Single? (Feb. 21-24), the solo actor-writer explores the dating scene in New York as a gay man with cerebral palsy. His walker stigmatizes him as an outsider when he goes to hot spots hoping for romance and fun. Haddad addresses the club scene and the internet where discrimination against persons with disabilities is par for the course. Directed by Laura Savia.

Get Used To It also features two free events called Happenings: an evening of queer-oriented performance works titled body fail body (Feb. 27 from 7:30 to 10 pm) and The Laramie Project: A Reading and Conversation featuring RECLAIM. Directed by Leigh Fondakowsi. (March 3 from 7 to 10 p.m.)

Get Used To It: A Celebration of Queer Artistry
Through March 3
Guthrie Theater’s Dowling Studio, 818 S. 2nd St., Minneapolis
612-377-2224
www.guthrietheater.org