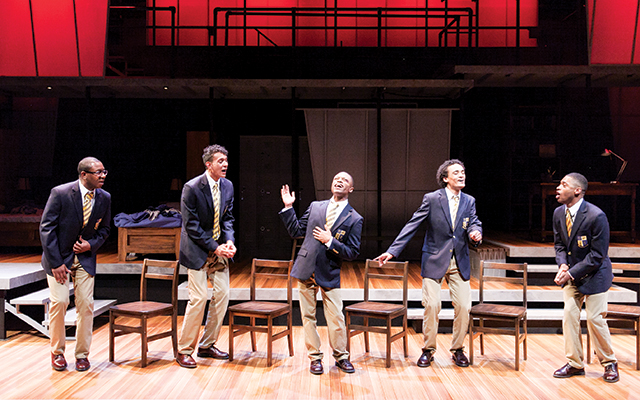 Thirty-four-year-old Tarell Alvin McCraney has been hailed by media powers as the best gay playwright to emerge since Tony Kushner. The Brother/Sister Plays trilogy set in Louisiana was his first big splash, of which Pillsbury House Theatre and the Mount Curve Company produced area premieres at the Guthrie’s Dowling Studio.

This time around the Guthrie Theater itself is producing a McCraney play: his 2012 sensation, Choir Boy. This play with music has scored with critics and audiences in London, New York, and Washington.

The setting is an elite African American boys prep school where McCraney sets up an ideal situation to explore homophobia in the black community. The Charles R. Drew Prep School for Boys instills timeless values and has an esteemed choir celebrated for its beautiful voices. It’s the school’s pride and joy.

When the headmaster picks the feminine and flamboyant Pharus Jonathan Young to lead the school’s choir of boys who primarily identify as straight, it affronts the masculine young egos of other choristers. Moreover, since Young will lead the school’s landmark 50th anniversary ceremonies, the jealousy becomes palpable. This triggers ugly personal and homophobic reactions, as well as controversy around the spirituals the boys rehearse and sing. 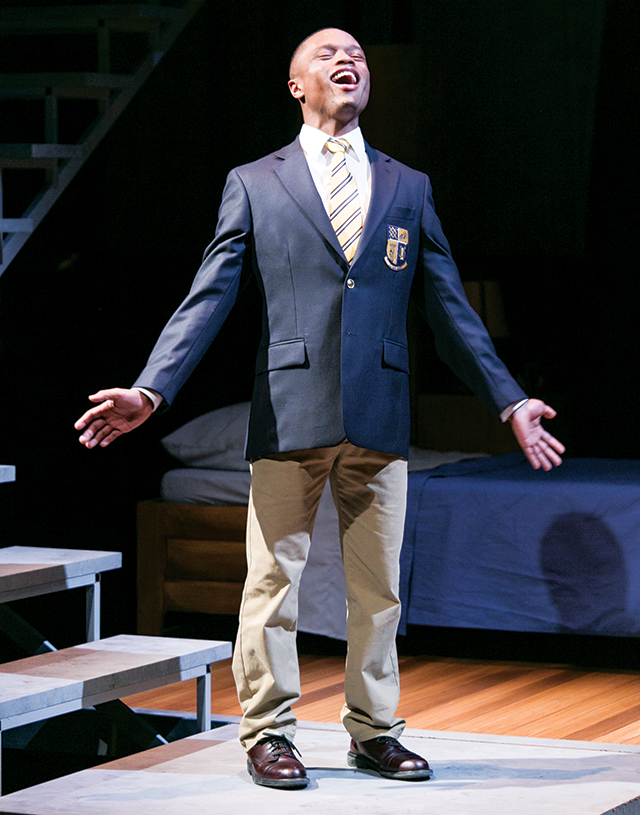 John-Michael Lyles plays the lead role. He describes that “Pharus Jonathan Young has a voracious flair for music and an invincible femininity, which both prove to be a conflict of interest as he struggles to navigate the heteronormative and religiously founded Charles R. Drew Prep School for Boys. Swimming upstream for the tottering promise of friendship and love, he is made to question whether there’s anything worth fighting for at all in this inspired coming of age story of a queer boy sangin’ in a choir!”

Directing this play with music is one of the best hands at musical theater around: Peter Rothstein. He says, “The play’s hero is a young gay teenager who is confronting his own sexuality and confronting a homophobic institution. I came out of the closet more than two decades ago; the world is very different now, but in many ways the personal coming out process is much the same. The play juxtaposes this coming out/coming of age story with African American spirituals. The particular intersection of sexuality, religion, music, and history is a dynamic I’ve never staged before.”