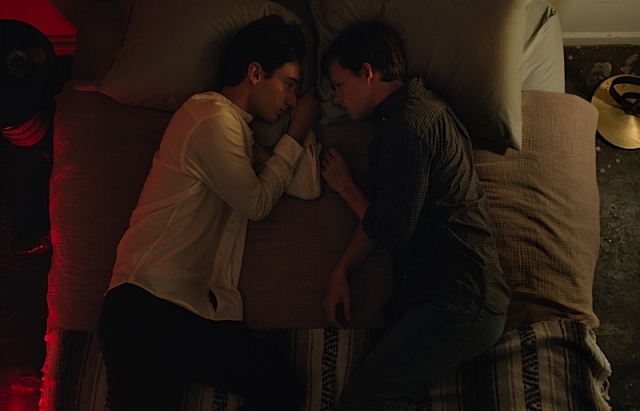 In filmmaker Joel Edgerton’s gripping Boy Erased, Lucas Hedges gives a soulful performance as Jared, a teenager falsely accused of rape by a dormitory roommate. The accuser, Henry, played with raunchy charisma by Joe Alwyn, is actually the rapist.

Jared’s Baptist minister and auto dealer father, Marshall (Russell Crowe), reflexively believes the false accusation and essentially colludes with other church patriarchs and his wife, Jared’s mother Nancy (Nicole Kidman), to “fix” the youth. Their solution: send him to a conversion therapy program where parents send their gay kids to be mentally and emotionally “re-educated” and indoctrinated in the vain hope that they will somehow “get back to being” or “learn how to be” heterosexual. Such manipulative therapy has sometimes been called rape of the mind and the situations depicted in the film bear that out. 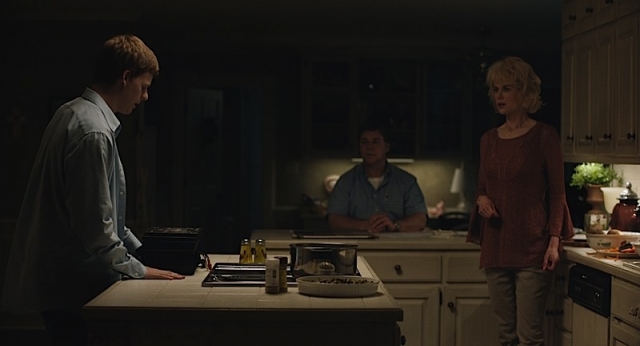 Ironically, though Jared felt homoerotic desires before the rape, he never acted on them, nor had he ever told anyone about those feelings. To add insult to injury, neither parent even thinks to even inquire into the veracity of the accusation! He is stigmatized for a sex crime he not only did not commit, but which was actually committed against him!

In the parent’s fixated homophobic mindset, Jared is automatically marked from thence forward as having been the perpetrator instead of the victim—a shockingly vivid sign of a deranged belief system. The proverbial Scarlet Letter dynamic is applied to homosexuality—a timely reminder that gay men, in the minds of homophobic men and women, are often thought of as predatory rapists hovering in the shadows gauging just the right moment to pounce. This reflects Jared’s own parents’ degrading mentality. 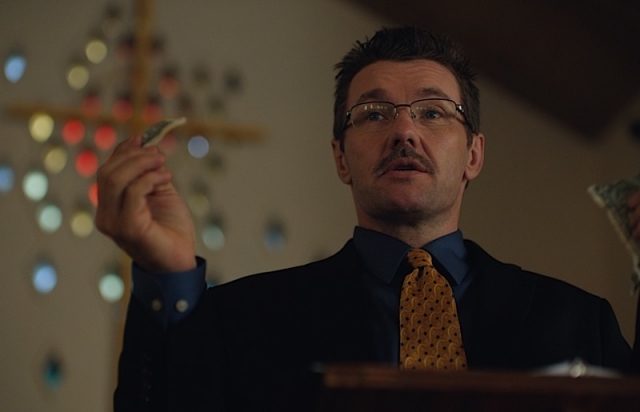 Marshall and his religious fellows have cherrypicked and weaponized interpretations of biblical passages thought to be evidence of God’s judgment against homosexuality. It’s the first salvo in the psychic warfare declared on Jared. The word “shaming” is often thrown around willy-nilly nowadays, but the scene where the youth is kangaroo courted in the presence of the elders is jolting.

Moreover, this makes especially ferocious impact because we, the viewers, have seen the rape and the manipulations preceding it. Ironically, the two youths had seemed to be moving toward a point of romantic concordance before the assault, when abruptly the narcissistic Henry’s hedonistic streak shifts into unbridled malevolence.

That quality of malevolence which burns within the soul of Henry also manifests within the conversion process. That particular process is what fuels the film’s primary story, set up by the false accusation. One senses that the facilitators are even aroused by humiliating the young gays. They implement mental cruelty techniques crafted to shame their subjects in group situations based on crudely false assumptions about same-sex desire and gender presentation. Boy Erased boldly portrays that to graphic effect. Youth are singled out to be grilled and jeered at. Though Jared is able to withstand the abuse, some of his fellow undesirables, don’t fare so well.

Director-writer Edgerton himself also turns in a chilling acting performance as a scripture-wielding pseudo-therapist who uses his lead position in the program to incrementally belittle and humiliate his subjects. One wonders just what this man gets out of this. Though the performance skirts on being over the top, it is nonetheless, unsettlingly credible. 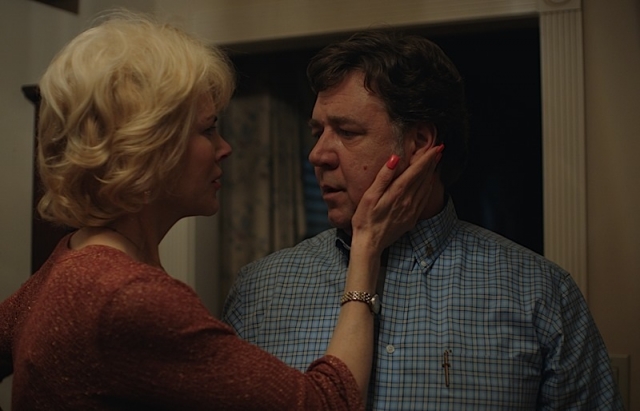 Crowe deeply inhabits Marshall’s cold, unloving homophobia. However, the man’s flaw is not so much homophobia, but the obstinate repudiation of taking in new information. This only burnishes Crowe’s sterling reputation as a great actor.

The wonderful Kidman is quite simply becoming a living legend right before our eyes. In Boy Erased the actress yet again delves into emotional territory she’s not explored previously. Nancy comes round to apprehending just how degrading the ex-gay agenda has been for her sweet son and movingly evolves toward recognizing how cruelly irrational her church and husband have been. 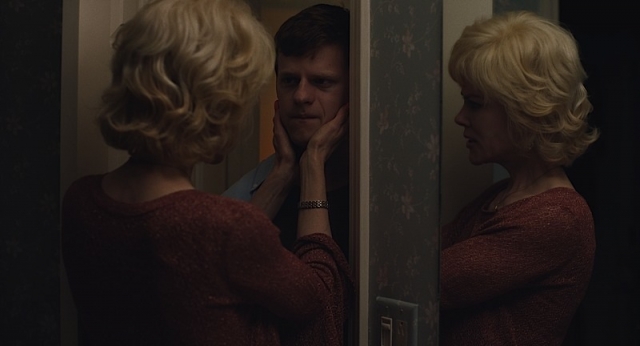 To disown their son, thereby imploding her family, clearly goes beyond the pale. Worse yet, Nancy comes to grasp that the man she loves lacks the capacity to love their own child, not to mention his inability to think independently. It’s the tragic extreme opposite of the family values conservative Christianity has been well known to call for. Kidman’s transformation in this supporting role astounds.

As for Hedges, he is luminescent in an endearingly vulnerable portrayal through which inner strength rises to the top. It’s a lovable and heroic portrayal for our time.

The four principal Boy Erased actors are Oscar-nomination caliber. Theirs are performances that probe the depths of the soul. Edgerton’s direction and screenwriting, based on the Garrard Conley memoir, are also nomination-worthy.