The ‘Great Get Together’ continues 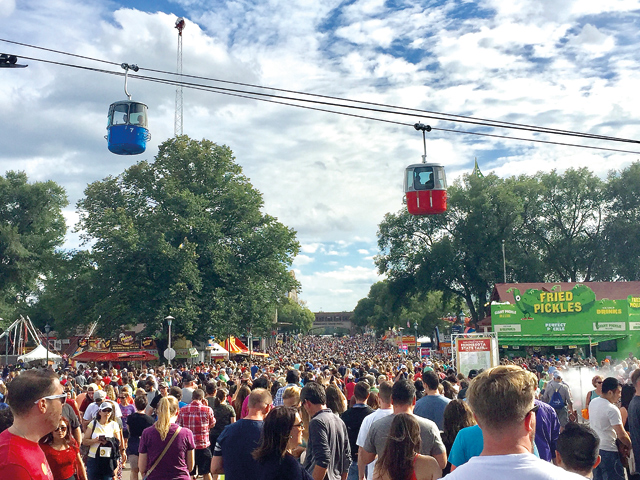 The Minnesota State Fair is the second largest State Fair in the country. In 2019, more than two million people walked through the gates over its 12 day run. Although it wasn’t surprising, it was disappointing for many when the 2020 State Fair was officially canceled in May due to COVID-19. It was the first time the Fair was canceled since 1946.

Although you won’t be able to see the miracle of birth while snacking on a pronto pup this year, there are plenty of ways to enjoy the Great Minnesota Get Together. 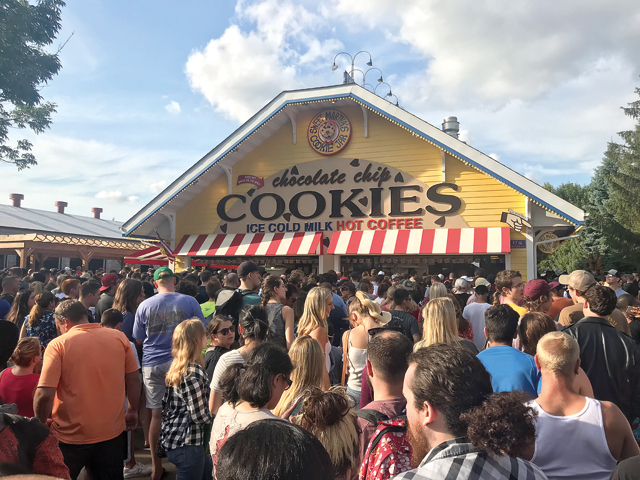 At the time this edition of Lavender went to print, tickets were still available for the Fine Arts Exhibition of Minnesota. The event, which runs through September 7, showcases artwork selected through a juried competition held earlier this summer.

The curated exhibit is held in the State Fair’s Fine Arts Building. You must purchase a ticket for a particular time slot, which can be done on the State Fair’s website. Tickets are $10 per person, with proceeds going to the Minnesota State Fair Foundation, the organization responsible for improving the Fairgrounds.

If you attend in person, a mask is required. For those who would like to view the art without attending, the Fair will offer a virtual tour along with a gallery of photos online.

This year, some will enjoy deep-fried goodness in a drive-thru format. Tickets for the State Fair’s Food Parade sold out in two hours on July 31.

The Food Parade includes 16 vendors, including classic cheese curds and Sweet Martha’s cookies, along with malts and mini donuts. Participants have the option to purchase from each vendor along the one-and-a-half mile route, which is on top of the $25 per car ticket price.

If you weren’t able to purchase a Food Parade ticket but want to experience the event, check out a review and photos on my website, www.givemethemike.com. 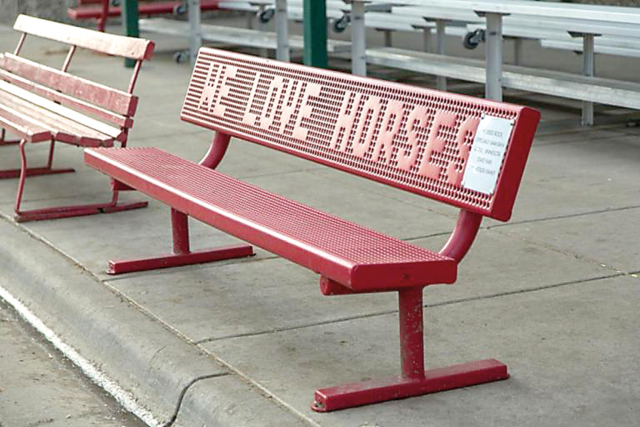 Not all hope is lost if you don’t have a ticket to the Food Parade.

The Blue Barn, located in the State Fair’s West End Market, is known for their Chicken in a Waffle Cone, Pop Rocks French Toast, and Blueberry Basil Lemonade. Until September 7, you can stop by The Blue Barn’s sister restaurants (The Freehouse, The Lowry, and Longfellow Grill in Minneapolis; Highland Grill and Groveland Tap in Saint Paul; Edina Grill; and 3 Squares in Maple Grove) to enjoy Blue Barn items as dine-in or to-go orders.

Sara is excited that her pies are available in the freezer section at all Cub grocery stores, along with Lunds and Byerlys. Starting August 23, they will also be available fresh baked in the bakery section at Cub stores.

At Sara’s store in Stillwater, you’ll be able to try the flavors which were meant to make their debut at the 2020 State Fair, Cheery Cherry and Spicey Reuben, for $5 each.

If you’re looking for a particular Fair food, it might be listed on a Facebook group called Fair Food Finder. The page really took off, boasting more than 175,000 members. Posts showcase where food vendors are popping up around Minnesota. They even developed a heat-map. The group is inclusive to all fair-like food vendors, so it’s not just foods you would get at the Minnesota State Fair, but also includes vendors who show up at county fairs and carnivals. Because of that, the map and the page are a bit overwhelming.

Try specialty brews and beverages typically only found at the Fair

The Minnesota State Fair is known for a vast list of beverages you can usually only get on the Fairgrounds. That is until 2020. Until September 7, brewers around the Twin Cities will serve a pint of the Fair.

Out in Stillwater, Lift Bridge Brewing Company is selling their ever-popular Mini Donut Beer, typically found at the Ball Park Cafe, along with a Key Lime Pie brew, which is found at Cafe Caribe on the Fairgrounds.

In Northeast Minneapolis, Sociable Cider Werks is serving a Raspberry Hard Cider and a Sparkling Honey Hive, both found at Giggles’ Campfire Grill during a typical State Fair.

If there’s a product you purchase year after year in the Grandstand, chances are good it’s included in an online marketplace with 250 businesses.

You’re able to connect with, and shop directly from, many businesses and organizations, including “Project Runway” alum Christopher Straub and Black Lives Matter (both are typically on the upper level of the Grandstand), along with Hagen and Oats (usually found at the West End Market).

Give the ultimate gift to someone who loves the Fair

If there’s a fair fanatic in your life, here’s the ultimate gift: a State Fair bench or picnic table with their name on it.

There were approximately 1,200 benches around the Fairgrounds in 2019. Benches are organized by the Minnesota State Fair Foundation, the group responsible for the upkeep of the Fairgrounds and its buildings.

Each bench can have a 14-character message on the backrest and can additionally have a plaque to commemorate the person you’re dedicating the bench to. Business logos can be on the plaques, but business names or advocacy messages cannot be on the backrest.

You get to choose the color of your bench, too: green, yellow, red, or blue. The color determines what part of the Fairgrounds your bench will go. Due to the popularity of the program, you cannot choose the exact location of your bench. During the Fair, fairgoers are encouraged to stop by the J.V. Bailey House on the Fairgrounds to learn the exact location of a specific bench, as the benches have GPS tracking.

Benches have a five year warranty and are stored during the winter months.

In addition to the benches, the Minnesota State Fair Foundation offers bricks that go on the plaza to the east of the Grandstand for $250. They also have picnic tables which can go in one of three zones at the Fairgrounds. Those cost $5,000.

The calories you didn’t spend eating cheese on-a-stick and deep fried ravioli can hopefully be used at the 2021 Minnesota State Fair. The 12 days of fun run August 26 through September 6, 2021.

On Mike’s website, you will find a list of the most underrated Minnesota State Fair foods, along with the hidden gem foods State Fair officials like best. Head to www.givemethemike.com.