The Gay Husbands Behind the Ordway’s Innovative “42nd Street “ 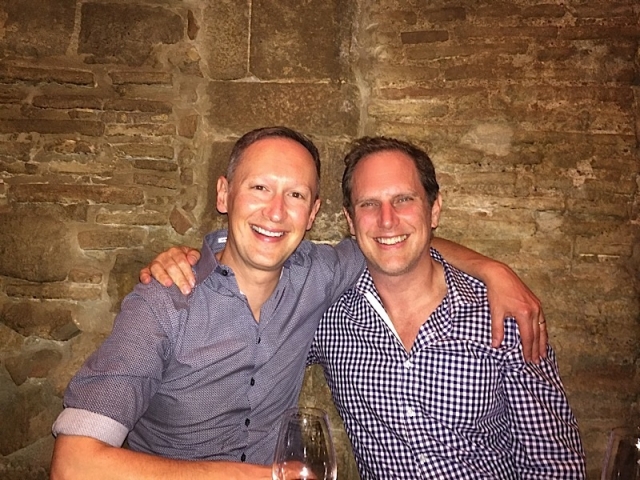 Director Michael Heitzman and music supervisor David Holcenberg have now brought us the innovative Ordway production of 42nd Street. Married five years ago in New York City, they are a shining example of a gay couple who not only bring out the best in each other, but who are contributing to the cultural richness of the Twin Cities and beyond. Here are five questions about their new vision of the classic musical:

JT: Michael, how does your vision of 42nd Street differ from the original film and the hit 1980s Broadway production?

Michael: The production from the 1980s was already drastically different from the original film. Our new 42nd Street is still very similar to the 1980s musical that we all know and love. But examining this classic musical with our 21st century eyes has allowed us to open up the show in a brand new way, capturing the struggle of theater artists from not only the 1930s and the 1980s, but also today. We’ve had enormous support from Mark Bramble, one of the musical’s original writers, and have taken great lengths to pay homage to the original while simultaneously making this feel like an entirely new production.

JT: How does the diverse casting change or reinforce the original film and stage production?

Michael: The diverse casting in this show is an intentional casting choice to reflect the world that we live in today. That being said, we’ve done extensive research on the 1930s to justify this being possible. Amazingly, the research we’ve done has provided copious amounts of information to support our choice. This research, in tandem with collaborating with our cast, has allowed us to fully flesh out the story we’re telling into something meaningful while still keeping with the entertaining spirit of the original.

JT: David, what do you do in the role of the musical supervisor?

JT:  Describe what funk-jazz is.

David: The term “funk-jazz” is an interesting term that’s tough to describe. When we say “funk-jazz”, it refers to a kind of urban jazz that draws from both pop and jazz: essentially, it’s instrumental pop music that is driven by an urban rhythmic beat. There are definitely elements of “funk-jazz”: in this 42nd Street, but there are also elements of Stevie Wonder, contemporary R&B and elements of old-school jazz that blend together stunningly well.

JT to both: Could you describe your working theatrical relationship?

David: Mike and I have been together for 30 years and it gets better and better every year! We love each other to death. But this is actually, unbelievably, the first time I’ve worked with him as the director and me as the music supervisor, and it has been inspiring to see him work. It’s nice to be able to come home and detox together, and talk about what’s transpired in the day, and get to support each other’s trials as well as each other’s triumphs.

Michael: He better do what I say, I’m the director! Kidding, of course (well, sort of). We’ve been together for 30 years as a couple which, incidentally, will always be the most meaningful “collaboration” of my life. You can’t make a relationship work for that long without constant communication—working together is an extension of that. David is an incredible musician and has been the music director and supervisor for twelve Broadway shows, so to have him by my side working on the “New 42” is a dream come true.