The Engineers Of Play 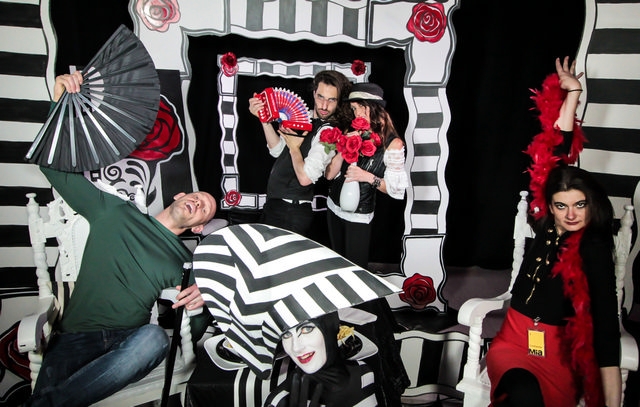 VP.STUDIO, previously known as Playatta, is a state-of-the-art photo and video booth experience perfect for weddings and other events. Photo courtesy of VP.STUDIO

VP.STUDIO offers a wild, wonderful wedding reception experience like no other.

If you’ve been to your fair share of wedding receptions, you know to prepare yourself for an energetic, if not outright raucous, time with the newlyweds and your fellow guests. Whether it’s laughing it up with old friends, breaking it down on the dance floor, or having one too many at the cash bar, you’re guaranteed to have a night to remember.

With the addition of Feedback.video’s revolutionary VP.STUDIO experience, however, your wedding night adventure will be unbeatable, and even tweetable. 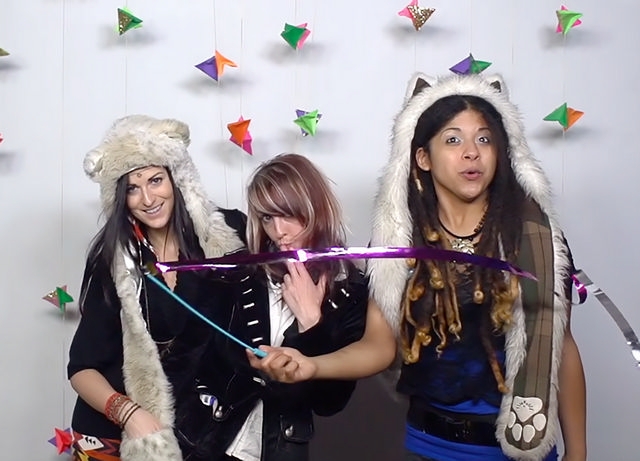 The VP.STUDIO booth includes props, a wind machine, and confetti to create a stunning array of photos and videos. Photo courtesy of VP.STUDIO

“It kind of looks like a traditional photo booth, except an open-air photo booth,” Lovemelt says. “It’s a booth with an actual photographer there to make sure that all of the pictures are perfect and take them manually. And that’s a big part of our philosophy, too: the interaction and the human element. When we interact with our guests, we’re helping them come out of their shell and do some posturing and posing with each other.”

Lovemelt, a Minneapolis resident with years of experience as a VJ and creative tech wizard under his belt, started the former Playatta alongside his then-girlfriend (and now his wife) Kara, his brother Geoffrey, and longtime friend Matt Bardins. Lovemelt cut his teeth improving and revamping his unique VFX tech at a variety of venues ranging from dance nights and marketing events to cable access television and even Target Field. 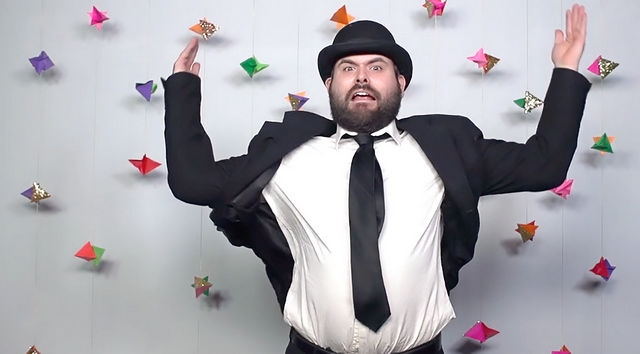 You can turn even the most dapper events into a party of a lifetime with VP.STUDIO. Photo courtesy of VP.STUDIO

“We’ve been evolving what we offer over the years,” he says. “It all started with a strong passion and desire to bring the magic of being on camera and the fun that you can do on camera to the masses. We started with photos, but when we moved into videos, things kind of spiraled in terms of creative applications.”

So how does the VP.STUDIO experience work? Guests begin by entering their phone number on a touch screen on top of a prop table, which also houses the lighting system. Then the photographer cues up the partygoers to begin taking a few photos, followed by recording six seconds’ worth of video.

“We gear up, we turn on the high-powered fan, we throw the confetti in the air, and people just get weird with their props and each other,” Lovemelt says. “And that turns into a 15-second video that gets sent to them within minutes, along with the photos.” 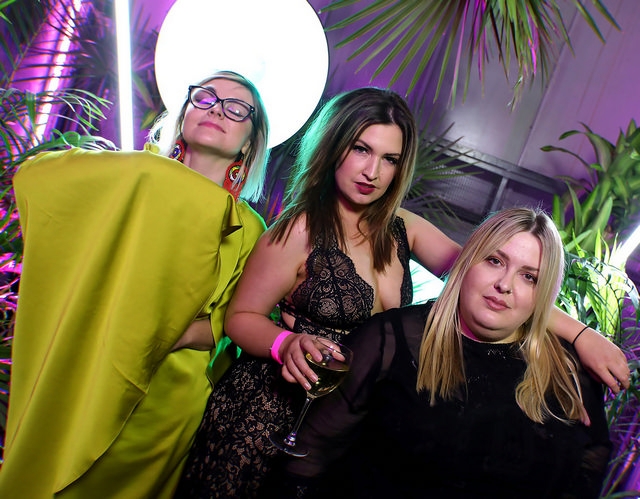 The whole experience allows guests to be as goofy, wild, and hilarious as they want, making for an even greater wedding experience. Lovemelt says that approximately 50 percent of the events he services are weddings.

“Weddings are really fun because people really get loose and crazy, and they’re with their friends so the creativity gets a little intense,” he says.

As far as his technology goes, Lovemelt never rests on his laurels, always tinkering with the tech and evolving it. 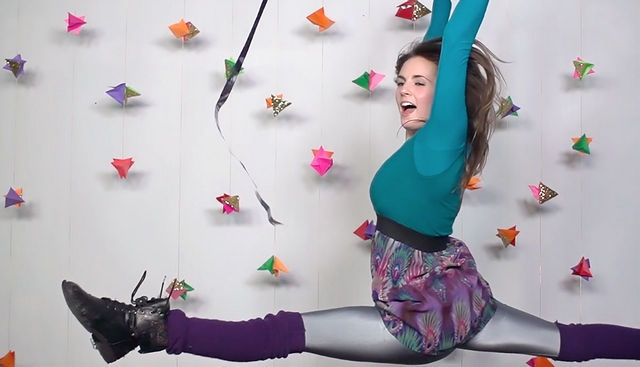 The slow-motion video booth is a popular service offered by VP.STUDIO. Photo courtesy of VP.STUDIO

“I’ve rebuilt the software myself from the ground up five times, using different software situations,” he says. “I’d call it state-of-the-art in the video booth industry. The videos that pop out are timed to the music, and the effects are really fun and creative high-end effects produced in the software that we developed.”

The price point for having VP.STUDIO at one’s event is also competitive.

“There’s add-ons, and there’s a time element, so if you keep it at the four-hour mark, we consider our pricing to be very competitive,” Lovemelt says. “Especially when it comes to the fact that all of our software is proprietary and we’ve sending all of our content directly to guests. So the value is all there.”

Lovemelt and his crew have also been tight-knit with the local GLBT community. In fact, their first slow-mo video booth test took place at a gay friend’s wedding.

“It was amazing,” says Lovemelt. “Those are going to be the best-dressed weddings anyway!”

Having worked with many GLBT performers and creative types over the years, Lovemelt says that VP.STUDIO’s services are always welcome to be utilized by the rainbow community. It’s just one example of the ethos of the company: an inclusive environment fostering a fun, unforgettable experience where you can bring out your inner child.

“I’d say that we are technology-driven engineers of play,” says Lovemelt. “The name ‘Playatta’ is actually a fusion between ‘play’ and ‘Yatta!’, which is the Japanese term for ‘Yay!’”

And even though the name has recently changed, the mission remains the same.

“So you want a way to capture the memories of your event, but you also may be overlooking the other aspect of that, which is creating an environment for the moments that you’re capturing to be as crazy and fun and weird as possible,” Lovemelt says. “And that’s where we come in. We are there to work with your guests, get weird, get creative, and make beautiful videos together.”

If you’re interested in spicing up your wedding reception and other events with the play engineers of VP.STUDIO, visit playatta.com, and learn more about Feedback’s other services at feedback.video.