“The Cocoanuts” – Slapstick in Top Form at the Guthrie 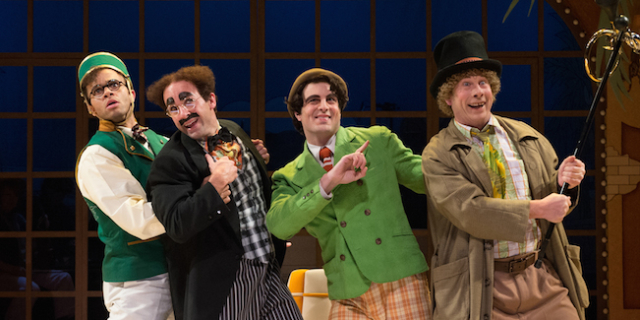 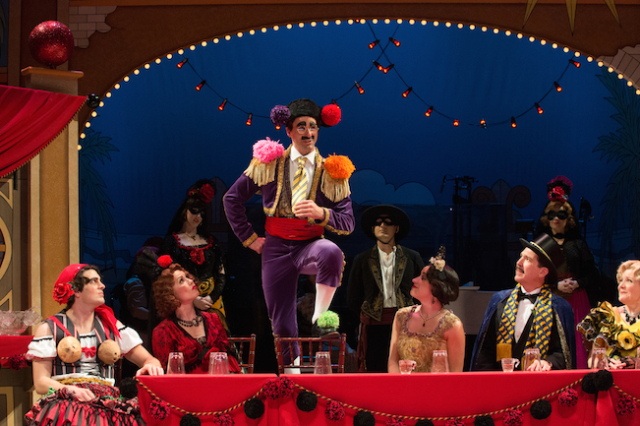 Slapstick comedy is an art unto itself. Seemingly dangerous pratfalls, bumbling antics, transitions between thoughts and actions that move so swiftly you’d think they were done by magicians. At the Guthrie that genre is masterfully enacted in The Cocoanuts, a blend of the 1920s stage musical and film adapted by David Bedard and directed by David Ivers.

The cast has clearly done its homework in re-creating the style and conjuring the spirit. The Marx Brothers characterizations are vividly realized and Gregg Coffin’s musical adaptation of the Irving Berlin music and lyrics is zestfully achieved. Bedard, also an actor in the piece, is especially smooth as Groucho and Brett Hinkley is just right as Harpo. It is difficult not to be impressed with this production’s continual cascade of one sight gag after another.