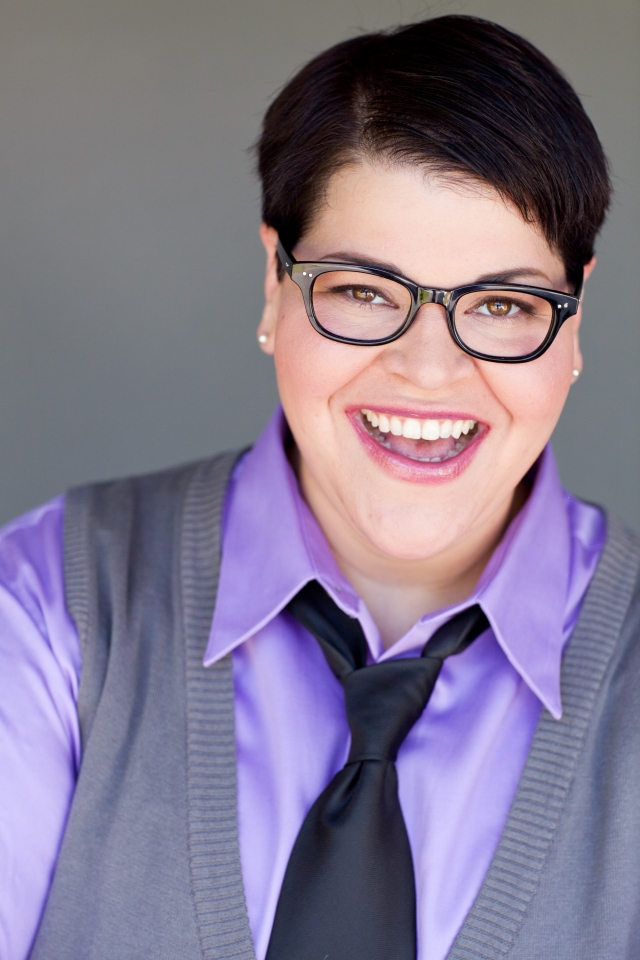 Jen Kober dares you not to laugh as she knocks the audience over the head with her original blend of stand-up, storytelling, and improvised rock-n-roll comedy. Kober’s unique brand of super-sized humor will be headlining The Big Gay Comedy Show: I Do!

“Comedy was always my only skill,” Kober said. “When I would get in trouble or someone would get mad at me, I would just make them laugh to get myself out of it.”

Kober, who identifies as a lesbian, expressed enthusiasm for her involvement in The Big Gay Comedy Show. “This event is super exciting for me. To be part of something that is meant to be inclusive of all forms of love and commitment is not only important, but inspiring!”

Classically trained at the Theater School of DePaul University in Chicago, Kober went on to become quite the accomplished actress. She appeared in Showtime’s White Boyz in the Hood and Comics Unleashed in 2007 followed by a 2008 headlining tour at over 300 colleges across the country.

The journey only continued as Kober taped various stand-up specials for HBO, Showtime and LOGO. Last year, Kober appeared on the ABC series “Happy Endings” and NBC’s “Up All Night” with Christina Applegate and Maya Rudolph.

2012 will only get busier for Kober as she begins an 88 city college tour and prepares to tape a new stand-up special. In April, Kober appeared on the big screen in the movie “American Pie Reunion” followed by filming for her co-starring role on “The Mindy Project” with Mindy Kaling for Fox this past summer.

The Big Gay Comedy Show: I Do! features gay and straight comics and performers from Hollywood, Las Vegas, New York City, and the Twin Cities. This event, as a fundraiser for Minnesotans United for All Families, unites these performers in fighting for the freedom to marry.