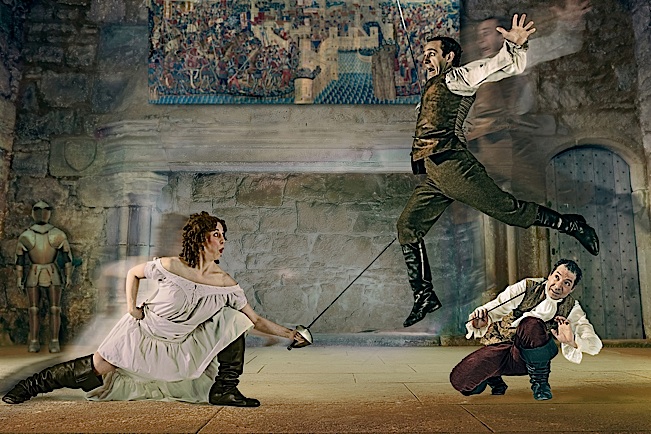 Divorce has been commonplace for so long that seems like the natural order of things to many people. However, in early 18th century England divorce was seen as a concept that would threaten the stability of the class system. Wealthy families married between themselves with the primary intention of securing and consolidating wealth. The working classes also had arranged marriages for which the a daughter’s father would have to be financially satisfied in some way in order to grant in his blessing. For all classes it put great pressure on younger men to have assets. Such mandates were naturally the cause of great suffering and grist for the mill of play and fiction writing.

In 1707 late Restoration playwright George Farquhar wrote The Beaux’ Strategem, an enduring comedy about people trapped in marriage as well as the deceptive means to which some might stoop in order to procure a marriage partner. The play opened the door to discussion about divorce in a way that could be considered revolutionary.

Theatre in the Round Players is presenting a vivacious staging of The Beaux’s Stratagem that interprets the Thornton Wilder-Ken Ludwig adaptation which the former began in 1939, the year after his Our Town was first produced. A quarter century after his death Tappan Wilder discovered his uncle’s unfinished script and approached Ludwig, who wrote Lend Me a Tenor, to hopefully finish it. In 2005 the adaptation was finally completed by Ludwig and it scrupulously hews to the period and the specifics of the situations penned by Farquhar. Director Daniel Ellis has made certain that every single scene is simultaneously well spoken, madcap Restoration in style, and fluidly natural.

The mercurial Ware Carlton-Ford plays plays Jack Archer, a financially strapped young gentleman who pretends to be footman for his best friend and fellow financially strapped gentleman, Tom Aimwell (a distinguished Mark L. Mattison). The men leave London to search rural areas for acceptable heiresses. When they check in to a country inn, they find themselves quickly enmeshed with Boniface (an earthy Thom Pinault), its corrupt landlord, and the highwaymen he is in league with. However, Boniface’s daughter, Cherry (an endearing Missy Hildebrandt) uses her limited influence and unflagging virtuousness to maneuver situations in the direction of what by today’s standards we could call, fairness and equality.

All of Ellis’s briskly paced actors portray the machinations with saucy relish and just the right touch of grandiosity. The fabulous Marcie Panian Berglund almost steals the show at points as Lady Bountiful, a quack doctor who thinks nothing of hacking off a limb or two as a curative. Megan Dowd brings crackling intelligence to Mrs. Kate Sullen, a woman trapped in a marriage with a man who is literally a stinking drunk.

Lindsey Oetken is perfectly delicate as Dorinda, Lady Bountiful’s unmarried daughter. Ellis and the playwright(s) make us very aware that both Cherry and Dorinda severely lack options and that the type of man they might hope from their differing societal vantage points is rigidly circumscribed by 18th century society. (Downton Abbey fans will recognize how even two centuries later little had changed. It exemplies the suffocating class rigidity that help instigate the onset of World War I.)

Farquhar also boldly skewers religion to a point that could well have been deemed heretical in centuries past. John Adler brings fitting seediness to the role of highwayman/clergyman Gloss, who dreams of financial success as a pastor who will take London by storm with his angry fire and brimstone, Revelation-based preaching. Richard Choate delights a legitimate parson named Foigard, whose hyper-inflated ego overruns any hope of spiritual insight.

As gays and lesbians now enjoy the right to marry in Minnesota, The Beaux’ Stratagem is enthusiatically recommended as a tool for both soul searching and marvelous humor as we consider the importance of love and compatibility in same sex marriage. Farquhar gives us wise and hilarious counsel three centuries later that apply to gay and straight alike.