The Bard’s Crossgender Comedy Classic Fresh as Ever 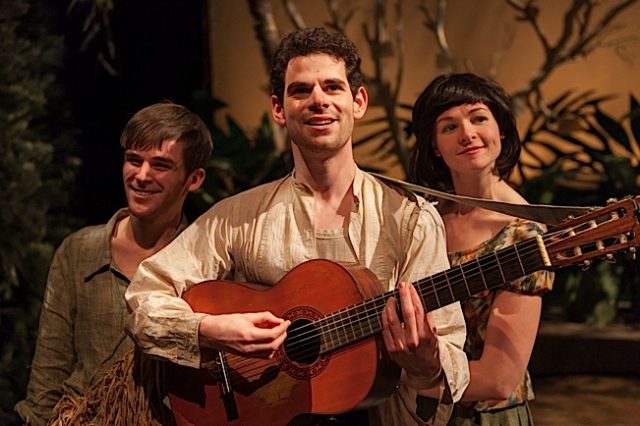 William Shakespeare’s As You Like It  revels in disguise and deception in the service of true love and justice. When Orlando, a noble youth, is shut out of his family’s prosperity by his cruel brother, Oliver, he wanders the forest where he stumbles upon other exiles including Rosalind, a noble maiden with whom he has recently become smitten. And she too is smitten with him. But he doesn’t realize it’s her because she is dressed as a man and will not reveal her true identity. Rosalind too has been shut out by a man in her family – her uncle, Duke Frederick, because of family power struggles. Yet her companionship with Frederick’s daughter, Celia, her cousin, is deeply felt and powerfully stable. They are a subversive force against patriarchal tyranny and this fine co-production by the Guthrie Theater and The Acting Company underscores that viscerally.

Without putting too fine of a point on it director Dan Rothenberg also underscores the divisions of class and birth order that can create hellish havoc for men. The kinder, gentler men lack power. The ruthless ones wield it. This point of emphasis, which can be overlooked in this often produced play, coupled with the women’s solidarity, makes for a fresh interpretation that speaks to questions of power in own time. 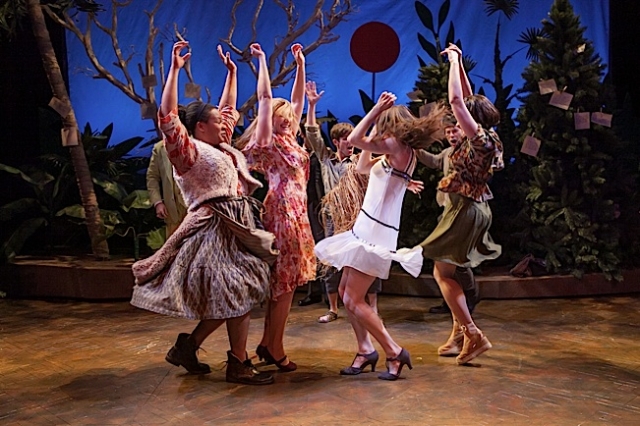 Joseph Midyett endears as Orlando. Elizabeth Stahlmann’s Rosalind and Megan Bartle’s Celia are a dynamic feisty feminist duo. Ray Chapman as Duke Frederick and Joseph Tisa as Oliver bring harsh steeliness and sexiness to their roles. You can see why people would be drawn to, seduced (intellectually and emotionally), and misguided by them.

But perhaps this production’s most captivating aspect is its dreamy attunement to the feral nature energy of Shakespeare’s play. Animal spirits played by the actors dressed as a frog, a rooster, an owl, a rodent of some kind, and what I think was a wolf, are blended into the action seamlessly and spiritually. Costume designer Terese Wadden’s lovely threads and masks and Michael Kiley’s music and sound design are touched with enchantment. Matt Saunders forest scenic design is shrewdly reminiscent of the evocative illustrations of Maurice Sendak. The characters ineffably reconnect to nature and find their true selves. And the audience is drawn to do likewise.