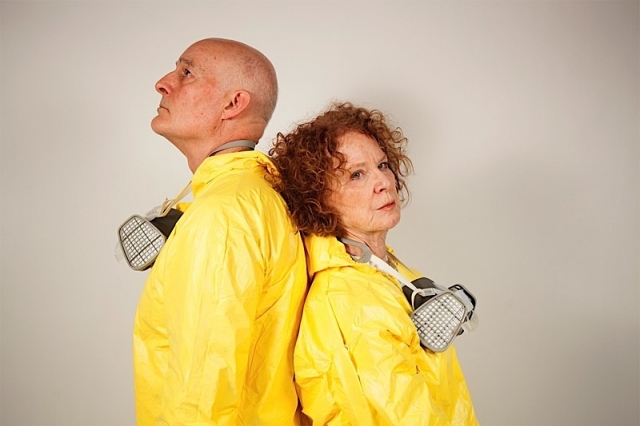 In Lucy Kirkwood’s drama, The Children, three retired nuclear science experts meet at a cottage occupied by married couple, Hazel and Robin, on England’s coast. The purpose that has fatefully impelled their old cohort Rose to drop in is that the nearby nuclear power plant where they were once colleagues has melted down.

As one would expect, aside from the nuclear fallout creeping in on them, there is unresolved emotional fallout between the three. Quickly, it becomes glaringly clear how unaligned all three have become in their values. In their 60s now, it’s as if each has abruptly come to realize they reflected too little in their younger decades as to what really mattered in life. Not to mention the consequences of the choices they made. The meltdown has only exacerbated this.

At the Jungle Theater, director Casey Stangl has approached the play with wise discernment of its observations on aging. Hazel sees retirement as a chance to do all the things she’s dreamed of doing and is incapable of imagining that anyone else couldn’t possibly see it the same way. A dynamic Linda Kelsey brings crusty defiance and a passive-aggression that gets under the skin. Diet, yoga, and clean living are the sure-fire remedies to all ills. But of course! 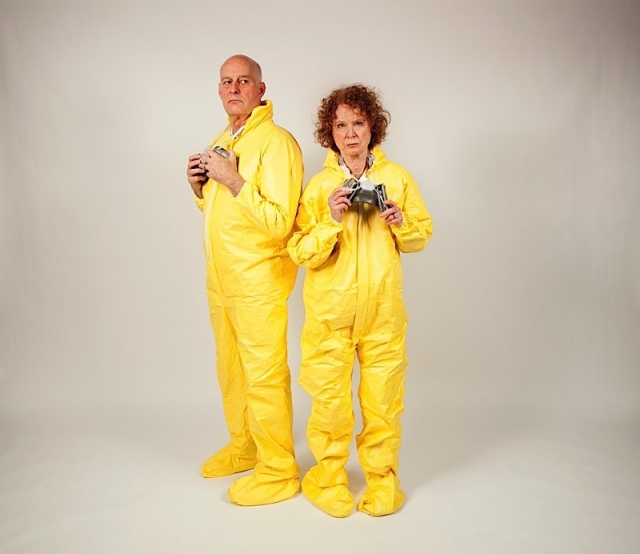 Robin is the proverbial retiree who just wants to kick back and relax. However, he has a secret spiritual life of sorts that gives him meaning, which manifests in a compassion for animals and contemplation. Stephen Yoakam fulfills these qualities splendidly. He and Kelsey also emanate a contemporary version of the so-called British stiff upper lip—an attitude that stoically stands tall, if not delusionally, against insurmountable odds.

A core question that Kirkwood confronts us to ask is to what degree are we accountable for the damages we incur both interpersonally and because of our career endeavors? (By extension, this question certainly doesn’t necessarily apply to only to workers of the nuclear industry.) Rose is the one who literally brings this home, in the cottage. However, Robin doesn’t do this with Jane Fondaesque stridency or do-gooder finger-wagging. Robin’s stunning portrayal is one that emerges subtly from Rose’s conscience, if not her destiny.

Kirkwood was only in her early 30s when The Children was first produced in London in 2016. How extraordinary that one so young could write with such richly observed understanding and insight of adults on the far side of middle age. Her juicy roles are a gift for older actors and the Jungle trio truly sinks their teeth into it with gusto.