Tennessee Williams’ “One Arm”: A Powerful Gay Screenplay Rejected by Hollywood Finds a Home on Stage at the Lab

Tennessee Williams looms as arguably the greatest gay and the greatest American playwright. But he also wrote remarkable fiction. In 1942 he created a jolting short story before The Glass Menagerie and A Streetcar Named Desire shook the theater world. One Arm is about a sailor named Ollie who becomes a boxing champ. When he loses an arm in an auto crash, he is compelled to sell his body to survive. Williams wrote and rewrote it into screenplays but it was too hot to handle for the studios. 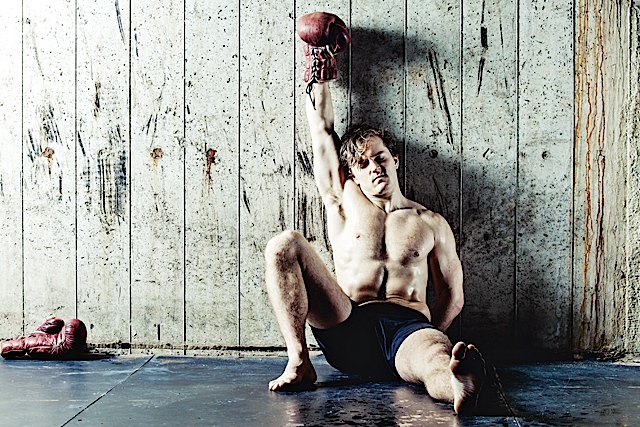 Though Hollywood conservatism is much to blame for that, it must be recalled that numerous gay activists could be fanatical that gay representations on screen should be positive. Tragically, two Oscar-caliber lead performances — Rod Steiger in The Sergeant and Frank Sinatra in The Detective — were overlooked in the 1960s by the Academy, to a large extent, because of politically correct gay activists. The same surely would have happened with Brokeback Mountain had it emerged then and as a recent example, the ferociously honest Hot Guys With Guns has been relegated to the margins.

Thankfully, playwright and theatrical collaborator Moises Kaufman (Gross Indecency, The Laramie Project), also a notable researcher, was, in his words, “struck by its frankness and emotional rawness. In it Williams portrays a world he knew intimately with remarkable honesty and candor.” Kaufman’s team located several drafts of the screenplay and he adapted it into what he calls a “sort of ‘theatrical screenplay.'” 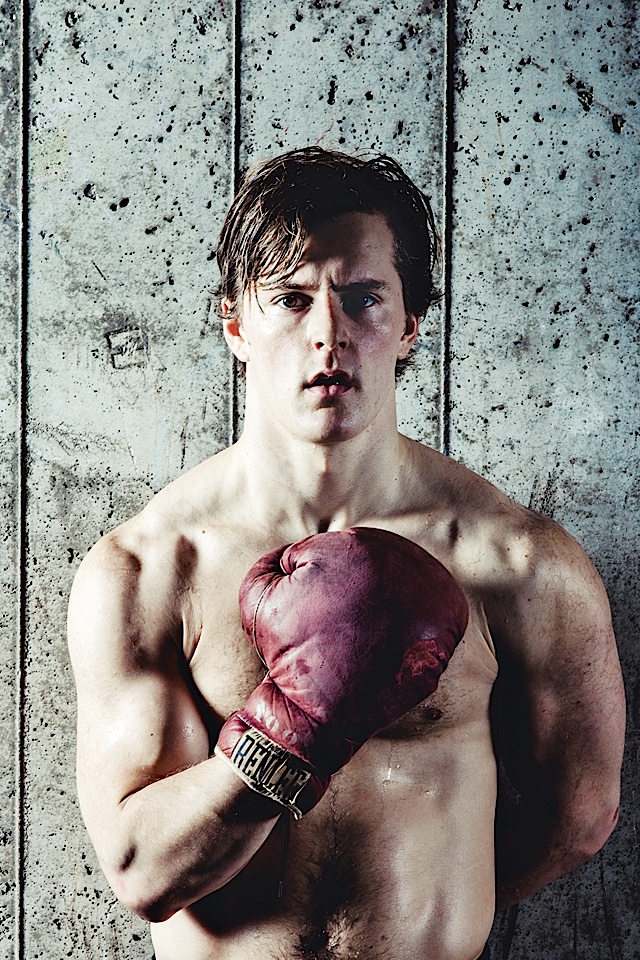 At last year’s Minnesota Fringe Festival, director Joseph Stodola staged a brilliant edited version of Kaufman’s adaptation. He has now directed the full-length version of the play for New Epic Theatre at the Lab. He calls One Arm “Williams’s dismemberment of the consummate masculine ideal” and that it “strikes at a universal desire to connect and (is) a plain assessment of sex’s ability to facilitate or stunt that attempt.”

Handsome Torsten Johnson, who wowed audiences as the white gay football player in love with a black player in Andrew Hinderaker’s Colossal at Mixed Blood last year, plays Ollie. He says the character “has an uncontainable fire inside of him. It rages and wails, it is lonely, angry, sad, and ecstatic. Ollie throws himself into everyone he meets and his words hit like jabs, hooks, and uppercuts. He lets everyone into his heart and no one. He bears his armlessness proudly. Yet it is the biggest thing standing between him and true intimacy, the soft spot he mercilessly protects. His body is his pride and his weakness, his strength and sorrow.” 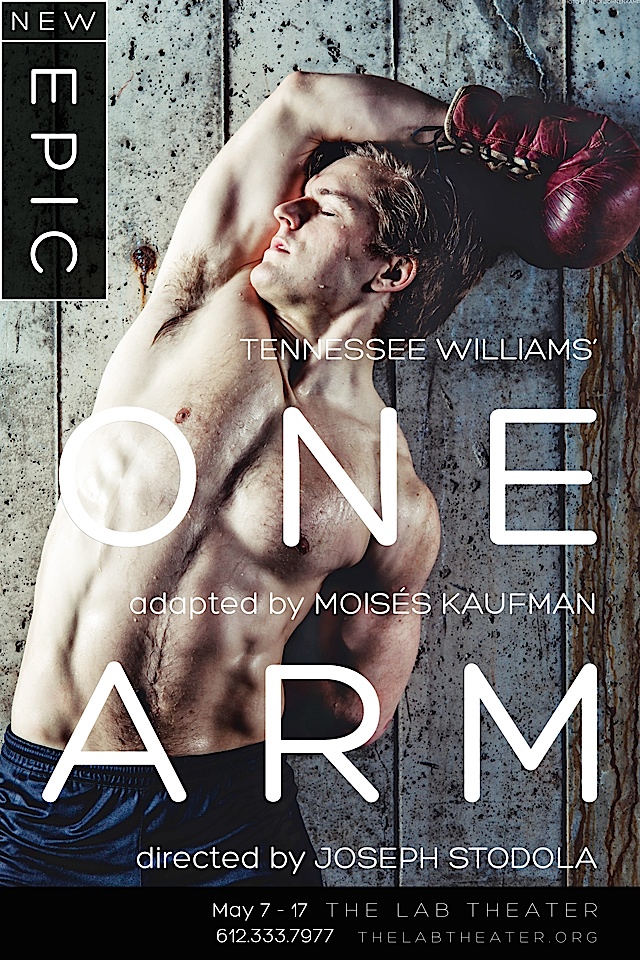