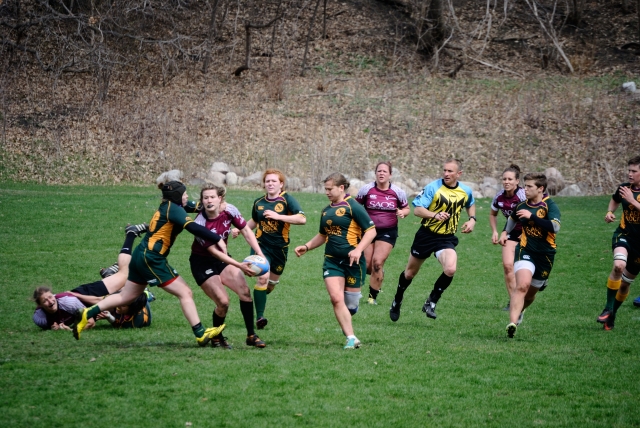 The Valkyries have a 30-plus year legacy of rugby in Minnesota. This premier women’s rugby club, though based in Minneapolis, represents all of Minnesota. The team is a GLBT-friendly group of strong, driven women. There is a great mix of competitiveness along with the ability to have fun and truly enjoy the sport.

“I think there are opportunities to play sports on GLBT specific (or friendly) teams out there for people who seek them out,” says Jill Carlier. “For rugby in particular, women’s teams have a reputation of being GLBT friendly and our brothers on the Mayhem have done a great job fostering an environment geared towards inclusion of gay men.”

The theme of inclusion is one that the players for the Valkyrie all talk about. “I think the culture and openness in the Twin Cities toward the GLBT community has an effect on sports and sports teams,” says Courtney Stevens. “You can find GLBT friendly sports teams and leagues all over the metro that foster a healthy environment for people to be themselves and not feel the need to hide anything. Even at the professional level, the major sports teams (i.e the Wild, the Twins, the Lynx etc.) have been open and welcoming to the community. I can hold my girlfriend’s hand at a Wild game and not feel uncomfortable or feel as though I am making others around us uncomfortable.”

There is a rich history that ties the Minnesota Valkyries to the University of Minnesota, building on the competitive nature of women “ruggers,” giving the team a sense of camaraderie. Coaches, captains, and players fuse just the right amount of competitiveness and social vibes to attract committed rugby players.

“The Valkyries are a group of women who are all trying to succeed in life,” says Amy Curtis. “We all have to find the balance of work, family, relationships, personal growth and, of course, rugby. We are all strong women with opinions and ideas and we know what we bring to the team. But, what overshadows that, is the fact that we know and appreciate what our teammates bring to the team more. We work hard at practice and expect our teammates to do the same. It’s often said, ‘Play to make your teammate look good.’ That’s pretty remarkable and selfless. That’s the reason I play for the Valkyries.”

Meredith Mrachek echoes these sentiments, saying she plays because its a team that has always pushed her in all aspects of her life. “I have been an administrator for many years, so playing that role on the team has opened me up to many business strategies and issues that I have had to learn to deal with,” she says. “Physically this team pushes people more than they even think they can go. Community wise this team has opened me up to people I never knew existed. Particularly, the GLBT community!” 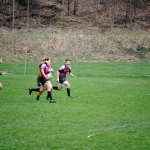 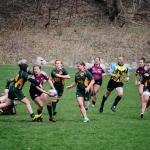 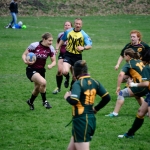