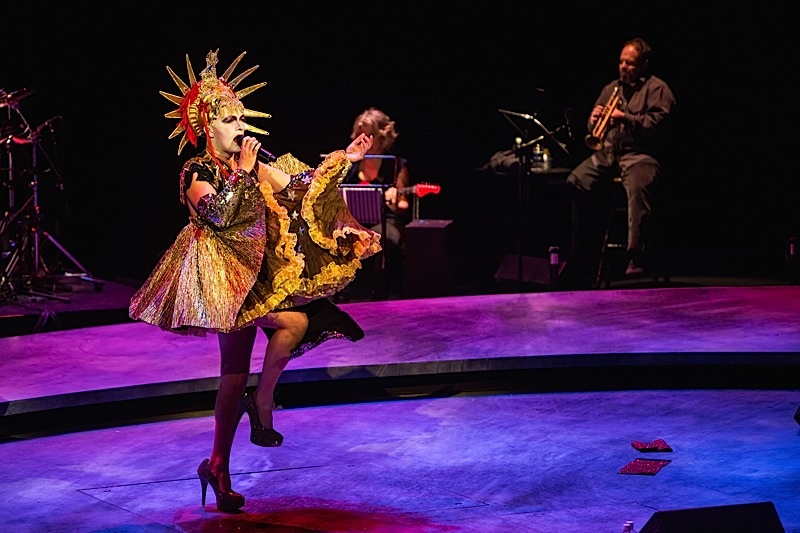 Taylor Mac’s Minneapolis debut at the Guthrie’s main thrust stage was a bona fide smash this past weekend. The New York-based performer-writer brought sections of a work-in-progress titled A 24-Decade History of Popular Music which primarily showcased 20th century music with piercing socio-political and gender commentary. Mac took command of the stage right from the start by usurping the function of the canned announcement about no photos, texting, etc. and actually thought maybe that wasn’t such a big deal. Ze wore a stunning outfit that seemed to come out of a sci-fi space movie as if it had been directed by Busby Berkeley and produced by Florenz Zeigfeld. How fabulous is that!

Mac waxed ironic and hilarious, often with audience participation, with tunes about America’s unexamined patriotism in World War I and blond Germans in the time of Hitler. That said, Mac’s vocal delivery of the haunting tune “Ghost Riders in the Sky” bordered on the sublime. The superlative band which also grooved to the show’s content and Mac’s gender-bending spirit point to a new audacity that we can expect to see more of, not just with Mac, but with alternative communities. The audience at points bordered on the ecstatic.