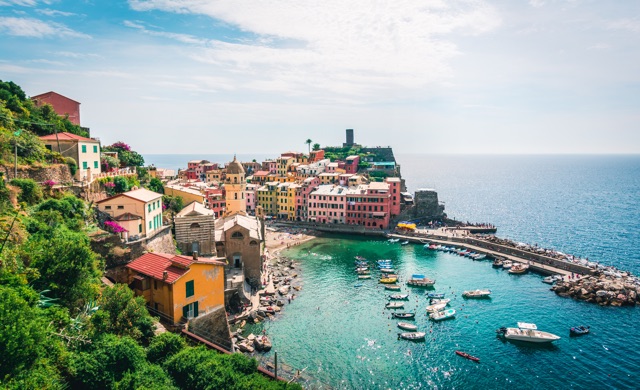 An army travels on its stomach, according to French Emperor Napoleon, who probably carried a Michelin Guide into battle. So do today’s tourists. Culinary travel is the hot new quest. And while that may include pastries in Paris, paella in Barcelona and pierogi in Poland, there’s also a whole world of uniquely local specialties awaiting those who venture off the guidebooks’ mainstream listings.

My very first press trip was to Italy, where a walking tour led us to a harbor where fishermen showed off their virility by eating a whole sardine—raw. Who answered their dare to do the same? Well, if you’re reading this story, you know the answer. (At least sushi is served sans fins and tails.)

It happened again in Korea, while visiting a fish market. A lady vendor—clad in rubber apron and boots, who would look equally as foreboding as a prison warden—thrust pieces of raw fish at us, along with cups of high-octane soju. Wicked combination, we all discovered as we spent that afternoon’s plane ride heaving in the bathroom.

Korea’s Asian neighbors provided ample first-time ops, too, starting with a whole animal being barbecued on a spit in a Vietnamese open market. It wasn’t a hog, however, although it rhymes with it. If you care to experiment further with dining on household pets, head to Peru, where guinea pig prevails on many a menu, served whole, barbecue-style.

In China, street vendors manned charcoal braziers roasting kebabs of…cockroaches. Can’t pass that up! Nor the nearby café’s menu offering of “beating heart of duck” (Yes, I ordered it. To my regret.) To make up for it, the next day I went all-out for Peking duck, just because you cannot leave Peking (now Beijing) without savoring its most famous dish. That would be like claiming to be gluten-intolerant in Naples and settling for consommé instead of the world’s best pizza.

In Malaysia, it’s an honor to be served the entire (huge, plate-sized) head of the local fish. Etiquette requires one to eat the eyeballs first.

You might think that the British Empire would be safe from culinary risks—but then, you might not have been to Scotland. Enjoy that plate of haggis, but don’t ask until afterwards what-all is present in the container—a sheep’s stomach—in which it’s served.

Sheeps’ lesser parts make you queasy? Then perhaps you may not enjoy Iceland’s specialty, either—the balls that make a sheep a ram. No need for a passport to try those body parts, however; they’re served (mostly to tourists) in our own cowboy-country kitchens as prairie oysters. Those same Texas kitchens will offer rattlesnake as well, but not to worry: tastes just like chicken (which of course is the standard description of any unfamiliar food).

Continue south of the border, and you’ll be tricked by your evil companions to dig into a bowl of those crunchy little bar snacks that are identified (after you’ve swallowed, natch) as crickets. Or ants.

But Mexico isn’t the only country where insects provide your MDR of protein. While hiking in the rain forest of Australia, our aboriginal guide plucked lunch off the tree trunks. “Witchity grubs,” she explained. Always the thoughtful hostess, she asked each of us, “Want yours raw or cooked?”

Australia offers plenty of culinary firsts, most of which are delicious—such as kangaroo. Until the time I mistakenly ordered the menu’s special, which was ’roo in eucalyptus leaves. Eucalyptus, I remembered too late, is what makes Vick’s chest rub small so bad. Trust me, it tastes worse. Australia’s Moreton’s Bay bugs sounded like an item to avoid until I learned that’s what they call those little baby lobsters. Yum! Ostrich and ostrich eggs were readily available, too (and taste like chicken), but these days you can probably also find them at Lunds.

You may recognize bear grease as the quaint name of a Duluth marathon. But why waste the meat? It’s served, sans grease, in many a western dude ranch’s dining room (along with elk, bison, boar  and what-have-you). I enjoyed it most recently, however, in Estonia, where it arrived roasted until fork-tender and docile.

So was the horse meat offered in northern Italy, especially when served raw in the thin, ruddy slices called carpaccio. Friends loved the tastes I offered before I translated what “cavallo” meant.

In Canada’s maritime province of Nova Scotia, I was offered lobster three times a day—heavenly! But my driver wouldn’t touch it. It’s what his mom packed in his school lunchbox—poor folks’ food—while the rich kids lorded it over him with their peanut butter sandwiches. He’d never touched the plentiful local oysters, either, until I forced one upon him. Then he made up for lost time. You have to wonder, though: Who, way back when, figured out those ugly critters were good to eat? Or snails, for that matter? Just garb them in garlic butter and of course they taste good.

So would earthworms, I bet.

Is there anything I actually loath to eat? Yes. Eels. Their taste is remarkably strong and supremely oily. I learned that, to my dismay, when I was hosted at a special eight-course gourmet dinner in Finland —each course of which celebrated eel. Enough to make me turn vegetarian.

Speaking of which, I learned fast when dining in English pubs, that the daily special—always “meat and two veg”—that both veggies were always potato. It’s enough to turn one to drink—unless that British drink is shandy—half beer, half lemonade: both lovely separately, but  let’s just call it an acquired taste when mixed together. But the Irish have got it right in the drinks department. That’s why they call Guinness “mother’s milk.”