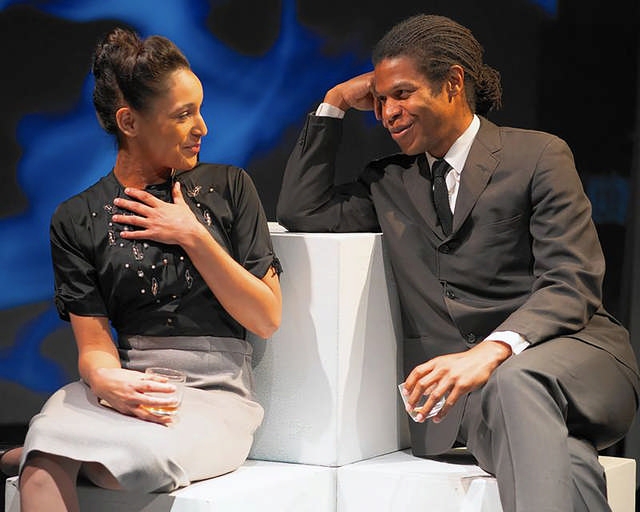 Playwright Talvin Wilks has garnered rave reviews for his direction at the Penumbra Theatre for the Emmett Till tragedy, Benevolence, and the 1960s experimental classic, The Owl Answers. However, Wilks’s rich overview of African-American experience also shines through his acclaimed playwriting.

Opening in September at Pillsbury House Theatre for a month-long run, you can see his adored play about the lives of two of the looming figures in queer culture and in African-American cultural history: writer James Baldwin and playwright Lorraine Hansberry. For many who treasure the memory of these two, Jimmy and Lorraine: A Musing is a prayer answered. Within the scope of the piece, he has included sections from journals, letters, and interviews.

In recent years, the documentary about Baldwin, I Am Not Your Negro, and the film version of his novel, If Beale Street Could Talk, have renewed interest in his accomplishments. In recent years as well, in the Twin Cities, Hansberry’s A Raisin in the Sun has been among the most widely revived plays of our time. Its universal appeal keeps on filling theater seats. A gift that keeps on giving and a message still universal in its outreach.

I asked Mr. Wilks about his interest in these two figures and clearly the theater maestro has dug deeply into their stories. It’s no wonder his play may be the most eagerly awaited queer-themed production of the year.

JT: What drew you to writing about these two legends?

TW: Ever sense I discovered the historic meeting between Baldwin, RFK, Hansberry and others, I’ve been fascinated by the notion of the artist in the vanguard of political activism. I first wanted to imagine this scene in real time, what were the many conversations, how could this be staged. From the two remnants that we have from Baldwin, Sweet Lorraine and Lorraine at the Summit, I was able to track the first snippets/events of their friendship and I began my journey there. I also wanted to focus on the radical voice of Lorraine’s on par with Baldwin’s, in a way to break the hold of A Raisin in the Sun, and to flesh out the dynamic aspects of her politics, and their friendship. 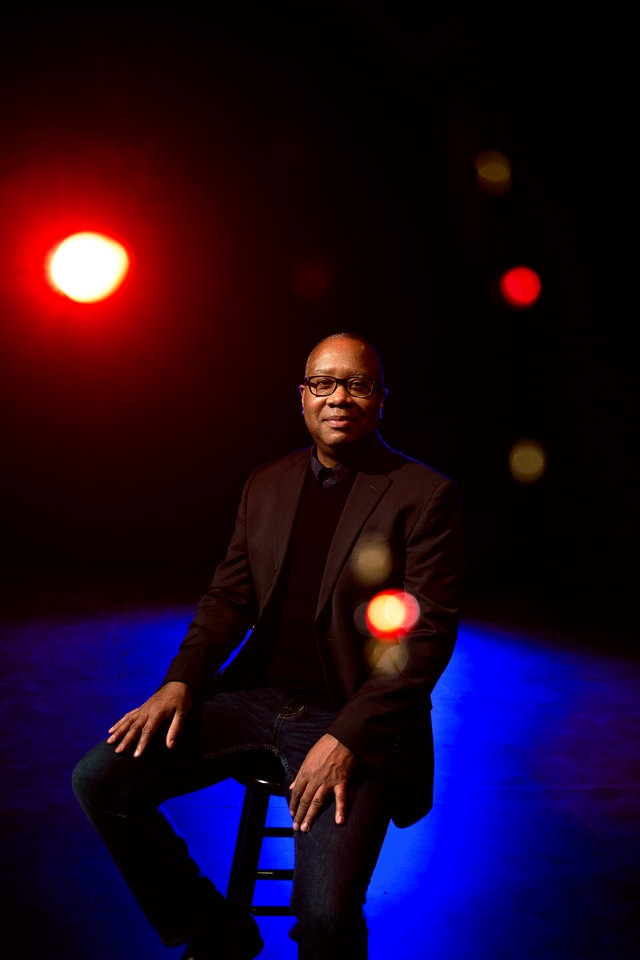 JT: It strikes me that Baldwin was deeply influenced by the gospel but he was repelled by hypocritical Christians whether black or white. In The Amen Corner he is severely critical of that issue in a black congregation. In Blues for Mr. Charlie the whites are clearly un-Christian in their blatant racism. Your thoughts?

TW: Well, his roots are in the Church. In many ways, this is the foundation of his oratory, so, he is always wrestling with the power of the Word and the hypocrisy of the Doctrine. He lives in this place—most African-Americans understand the power of these contradictions. Part of his battle with the church is his battle with his father and all of the complications that come with that. I’m not sure that he would say that they are un-Christian in their blatant racism, he would understand that so-called Christians are racist. This is the challenge, the foundation of white supremacy is often rooted in Christian doctrine. It is that entanglement that Baldwin is often attempting to call out and indict. He once said that slavery is driven by the gun, the whip and the Bible.

JT: Hansberry’s untimely death is one of the great losses of the American theater. Your thoughts on that?

TW: Her arrival is pivotal, her success changes the language around what we consider to be the American stage. Many artists of the Black Power Movement once denounced her but subsequently understood her remarkable impact. We all owe her a great debt, along with others, but her significant voice at the time it arose gave many people, white and black, the language to speak of hope and humanity. The power of those few plays that we have, including The Sign in Sidney Brustein’s Window and Les Blancs, leave us with an incredible longing for more, a longing that will never be fulfilled, but her voice still resonates today, and her boldness and inventiveness still inspires.

JT: Does Hansberry’s bisexuality figure into your play and do you think that it gave her a deeper sense of empathy for Jimmy?

TW: I think there is a kinship rooted in this knowledge within each other. I very much explore these dynamics of sexual identity, sexual questioning and sexual longing, as revealed in that great exhibit at the Brooklyn Museum, Twice Militant: Lorraine Hansberry’s Letters to the Ladder. It was through that exhibit that I witnessed and read the few artifacts, facts of her lesbian desire, her relationships and her writings on homosexuality. It blew my mind. The exhibit was presented in the Herstory Gallery of the Elizabeth A. Sackler Center for Feminist Art. It gave me the evidence that I needed to lean into this exploration. But I have to keep it in context and the period in order to be true to my understanding of the artists. So, it may not be seen as a radical revelation in the play, but I hope that it is true to the spirit of Baldwin and Hansberry.