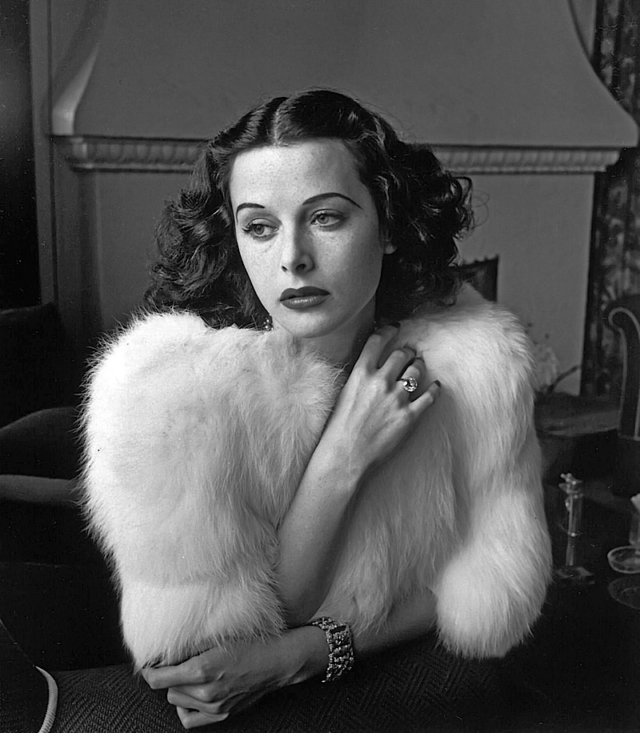 Heddy Lamarr (1914-2000) looms as one of the sirens of Old Hollywood. To many of those who remember her or who have heard of her, they might lump the actress in with any number of other sex symbols of the 1930s and 1940s: Garbo, Harlow, Dietrich, Tierney, Hayworth, Stanwyck. Of course it’s a mistake to lump these diverse individuals into one basket, and Lamarr’s story is definitely one of a kind. For those of us who grew up in the ’60s and ’70s, well after her heyday, we might recall television broadcasts of what had been a movie theater blockbuster a generation earlier: Samson and Delilah with beefcake Victor Mature as her title co-star. It was actually the highest grossing film of the 1940s after Gone With the Wind. So that gives you an idea of how great this woman’s cultural imprint was, whatever you may think of the Cecil B. DeMille epic. 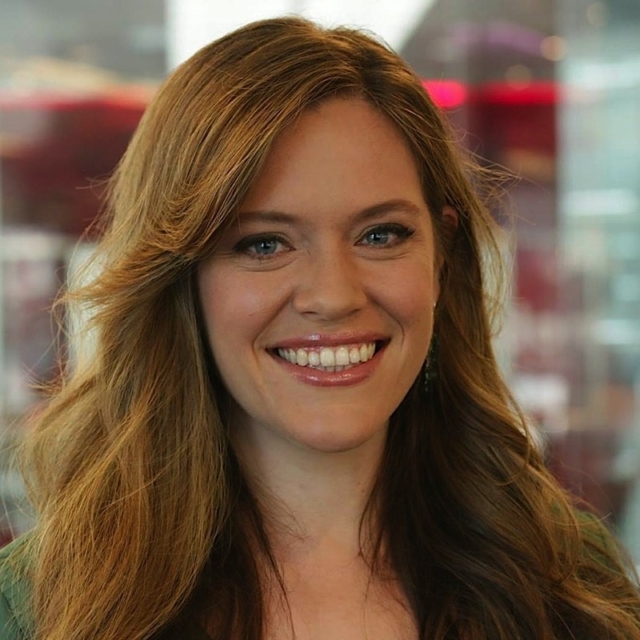 Alexandra Dean’ s documentary, Bombshell: The Hedy Lamarr Story, benefits immeasurably from actual taped recordings by the subject herself, luckily discovered in 1990. Interviews with family members, friends, directors (including an excessively adoring Mel Brooks) and film scholars piece together the epic life of a brave woman with intellectual gifts, outspokenness, character flaws, and as the film relentlessly points out, extraordinary physical beauty. All of these different elements factored into ruthless treatment waged against her by film moguls like Louis B. Mayer and nontransparent figures in the U.S. military. The information here is solid, yet Dean seems to distrust that viewers will grasp how unfairly and unjustly Lamarr was treated by some. Certain interviews swerve into “ain’t it awful” land and in effect, perhaps unwittingly, they try to diminish this woman’s gorgeous audacity. But we don’t need that. It’s right there on the screen in the information. The audience will get it and will sympathize.

Lamarr was born Hedy Kiesler to well-to-do Jewish parents in Vienna. Her doting father nurtured her intellect and both parents saw that she was exposed to rich cultural experiences available in that fabled city before World War II. Up to her death in 2000 it seems that she may well have taken her deepest sense of personal identity from being Austrian. She kept her Jewish background under wraps, and for all the difficulties she endured in America’s film business and as an inventor, she was nonetheless lucky to escape central Europe before the Nazis exterminated six million of her fellow Jews. Moreover, as difficult and exploited as her life stateside was, Lamarr was genuinely deeply patriotic toward the U.S. and vibrantly entertained soldiers during the war. Bombshell comments critically on this.

If there is one yawning gap in Bombshell, it is its failure to explicate how anti-Semitism ironically infused Hollywood’s studio system, despite the fact that many of its most influential figures were Jewish. Studios were utterly phobic about the background of Jewish actors and actresses being too widely known, in fear of some American right-wing social and economic backlash. (Neal Gabler’s magisterial An Empire of their Own: How the Jews Invented Hollywood is the seminal historical volume on this subject.) The same was true of their insistence that gays and lesbians were to be either closeted or fired. Obviously, this sort of shaming could have had and did have negative consequences for many of those who had to remain silent. However, what Bombshell definitely does deliver on is in relating the callous way the studios continually tried to compel their “property” into exploitive films that traded on her physical beauty. That said, the noble actress, whose Hollywood career began in 1938, fought back exhaustively. 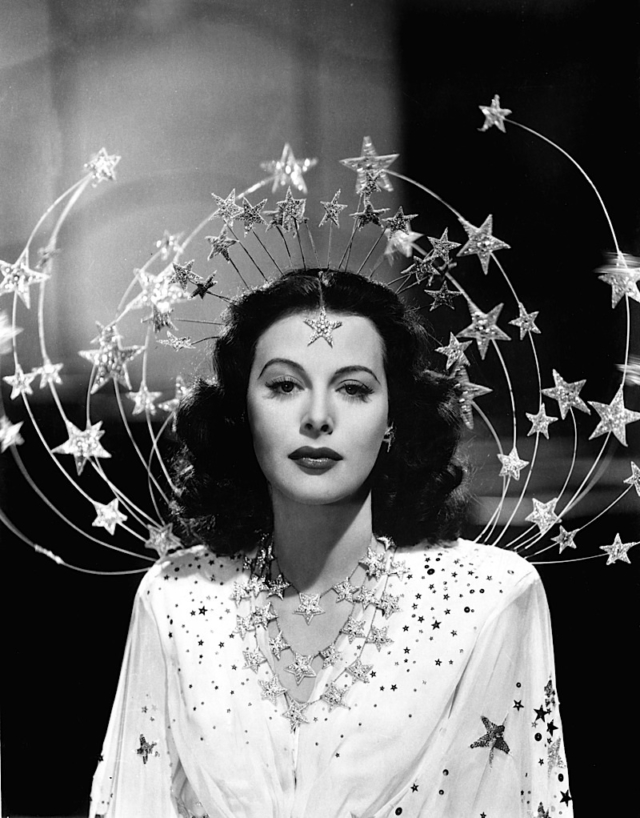 As for her career as an inventor, Lamarr had to keep it under wraps as well because it was for the WWII victory effort. Therefore, battle plan secrecy was sacrosanct. For those who doubt this accomplishment as some overstated feminist glory tale, Bombshell reveals her scientific talent as bona fide fact and ably explains how the so-called “frequency-jumping” concept, a radio guidance system for Allied torpedoes, did in fact originate with Lamarr herself and composer friend George Antheil. Unfortunately, if not tragically, she never profited from it like she had a right to. Immigration status injustice figured into this. Moreover, she only got public credit for it late in life. As for Antheil, he died in 1959 and never saw any profit either. In 1962 this technology was used during the Cuban missile crisis. 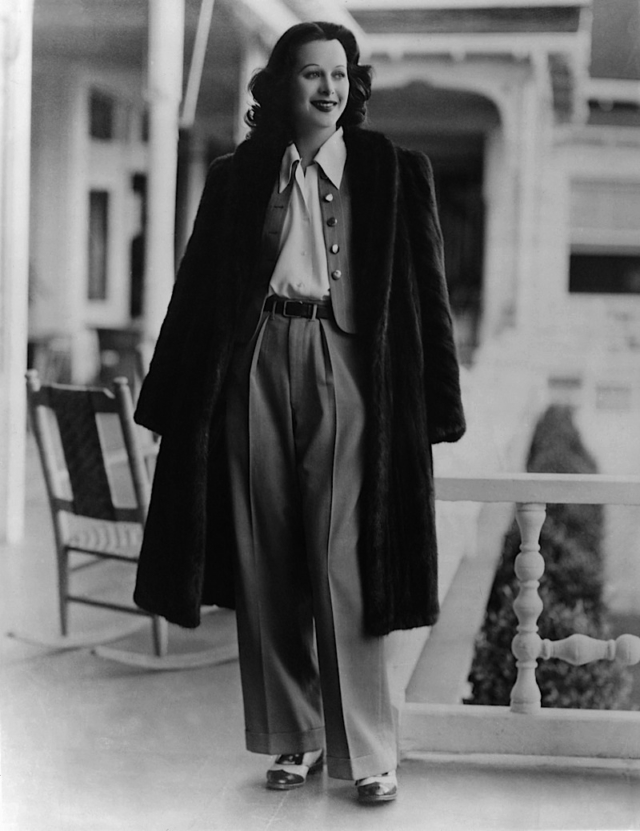 Bombshell also reflects on the way treacherous drugs were prescribed to Lamarr systematically by studio powers and the notorious Max “Dr. Feelgood” Jacobson, who also tended to Tennessee Williams, Judy Garland, President Kennedy, and other icons. She also suffered horribly from further medical abuse, as a guinea pig for the plastic surgery profession. Though today’s cosmetic surgery has generally improved, Lamarr of course was not a beneficiary of that. Yet through it all, she insisted that we as human beings have control and choice in our lives, if we choose to recognize breakdowns and take action. As you watch her fascinating story, it is impossible not to notice how Hedy Lamarr was a woman who always walked straightforward into the unknown, sometimes with destructive consequences and sometimes with happy ones. In spite of certain interviewees, Bombshell: The Hedy Lamarr Story is a beguilingly inspirational account of how that bold approach to circumstances guided her throughout a most extraordinary life. She was a unique survivor of vicissitudes natively specific to the turbulent 20th century.