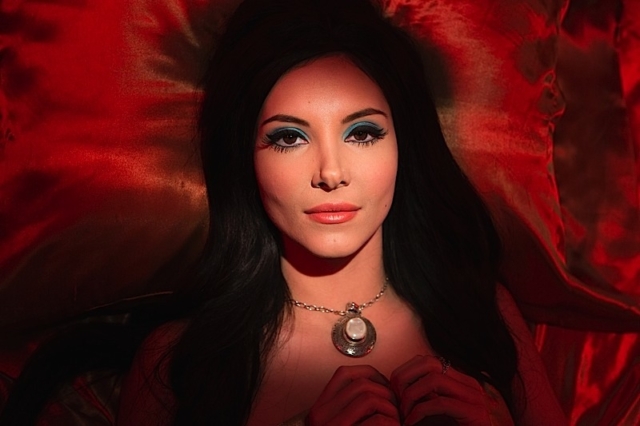 Anna Biller is a film director/writer who seems to have been born out of her time. But we of our time are the better for having her around now. Her sensibility is hauntingly reminiscent of the woman I think of as the goddess of pro-sex feminism, Jacqueline Susann (1918–1974). After her untimely death of breast cancer at age 56, Susann’s sense and style went by the wayside with a few exceptions such as the creative crew of the Norman Lear soap opera parody, Mary Hartman, Mary Hartman, and of course, the Amazonian intellectual, Camille Paglia. That said, I also appreciate the comparisons many have made with the film’s nod to Italian westerns and horror films such as those produced by American International.

But my viewing of this delicious film triggered some memories. When I saw The Love Witch I kept thinking the lead actress, the luminous Samantha Robinson, looks like Barbara Parkins, the star of the boxoffice blockbuster film version of Susann’s bestseller, The Valley of the Dolls!

Moreover, were it not for a very few tell tale signs, I would have sworn it was actually made in the late 1960s or very early ’70s. For example, I was unfamiliar with all of the actors. And I must say they are all spot on. It’s as if you they had stepped out of such specifically iconoclastic “free love” films like The Harrad Experiment, 3 in the Attic, or Bob & Carol & Ted & Alice. 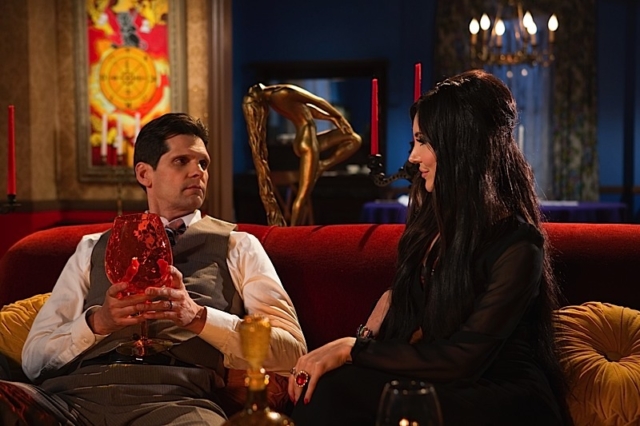 The magnetic Robinson plays Elaine, a witch who guilelessly follows her own will to pursue whatever handsome man she desires in the California town where she is setting up residence. Her lifestyle is brazenly ritualistic, sensual, and aggressive. Even if the men she desires are attached to another woman she does not see them as off limits. She even makes it clear how the men are not appreciated by the women in their lives. This viewpoint is expounded on at points throughout.

However, Elaine makes it brutally clear that she has zero tolerance for wimpy men. And woe to the man who disappoints her in that area! 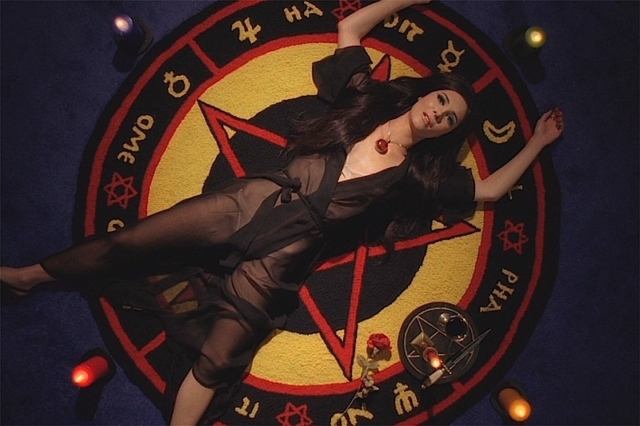 In a Renaissance styled festivity, hosted by the local coven, there is an utterly fascinating relating of diametrical views about gender done by voice over. It is an ingenious high point in Biller’s brilliant screenplay. Sumptuously shot in explosively vibrant color by cinematographer M. David Muller. Additionally, Biller created the production and costume designs! Is there anything this woman cannot do?