Recently becoming the tenth state to perform same-sex marriages in the country, Rhode Island’s long-standing tradition of inclusion, liberty, and tolerance have cemented its reputation as one of the most gay-friendly states in the country.  Rhode Island’s vibrant nightlife, hip arts-and-cultural scene, combined with world-class, critically acclaimed gastronomy are what make the Ocean State a great summer getaway.  ‘Little Rhody’ has something to offer every traveler, from the rich history, luxury, and opulence of Newport to Providence, the state’s pulsating college town buzzing with a youthful energy and diversity that envelopes all its visitors. Rhode Island’s GLBT community and culture permeates every sector of the state, rather than being relegated to a specific ‘gay neighborhood’—a further testament to the welcoming, casually cool attitude that Rhode Island exemplifies. And the word has started to get out…Travel + Leisure ranked Providence # 6 and The Advocate # 12, in their respective rankings of best LGBT cities in the U.S. 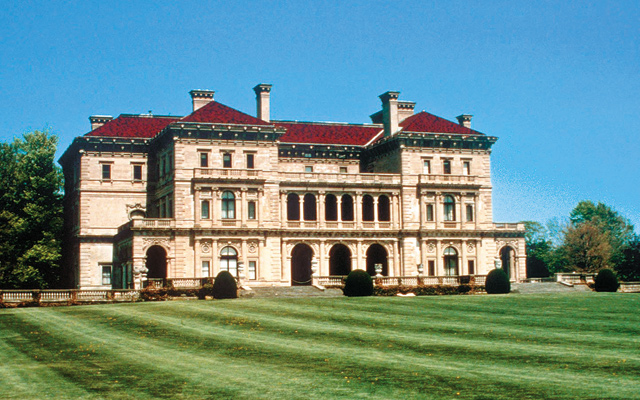 The casual luxury of Newport

Perhaps better known as the setting of the Gilded Age, Newport, Rhode Island has long been a symbol of American luxury and elegance. America’s elite built homes in Newport to escape the hustle and bustle of urban life, entertain other well-to-do guests, and spend their down time enjoying the beautiful waterfront vistas of the Ocean State. Estates such as The Breakers and Marble House were more than just summer homes– they were symbols of the social and financial preeminence of the most elite American families. Today, Newport’s mansions are protected national treasures which reflect the apex of American prosperity during the industrial revolution and which still retain the same aristocratic, over-the-top feel.

Visitors are virtually guaranteed a breathtaking backdrop and relaxing retreat at one of Little Rhody’s legendary golf courses or vineyards. The Orchard Course in Newport National Golf Club opened in June 2002 to rave national and regional reviews. Designed by legendary golf architect Arthur Hills, the course is located on almost 200 acres of former shrub and tree nurseries and offers sweeping views of The Sakonnet Passage, Atlantic Ocean and Narragansett Bay. The equally magnificent Greenvale Vineyards, originally a 19th century Victorian farm, is listed on the National and State Registers of Historic Places. One of many exceptional wineries that compose the Southeastern New England Wine Growing Appellation, this vineyard produces a dazzling array of white and red wines, holds tastings, and hosts a live jazz series every Saturday from May through November.

Visitors would be amiss if they didn’t also visit the Museum of the International Tennis Hall of Fame located in Newport, which honors players and contributors to the sport of tennis.  Set dramatically in the original rooms of the historic Newport Casino, the Museum chronicles the history of the sport and Newport’s role as the cradle of American tennis. The Museum contains a diverse collection of memorabilia, art, fashion and more from the 12th century through present day. Items on display include trophies and attire belonging to the game’s biggest stars, vintage tennis equipment, video highlights of great matches and tennis clothing ranging from Victorian dresses to modern fashions. 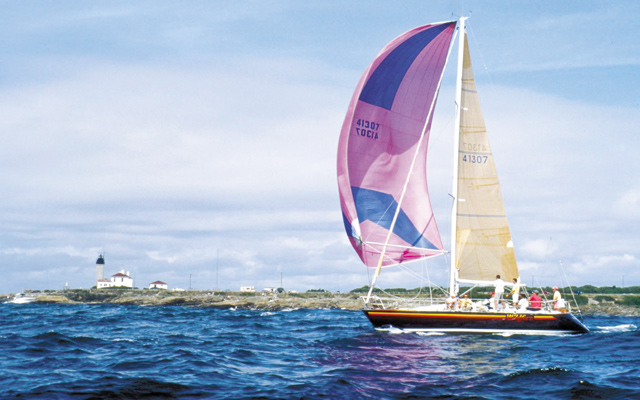 Rhode Island’s nickname is no misnomer– with more than 400 miles of coastline and hundreds of beaches packed into its tiny frame, The Ocean State is a natural haven for nautical sport aficionados from around the world. Newport is unarguably the world’s sailing capital and hosts both the Atlantic Cup and America’s Cup. Narragansett Bay, the geographic center of Rhode Island and Newport’s breathtaking backdrop, was recently recognized by National Geographic as one of the top adventure sports destinations in the world for its kayaking.  Depending on your level of expertise and appetite for adventure, you may choose to take in the breathtaking vistas of the Bay during the summer months by either swimming, sailing, kayaking, whale-watching or fishing.

Polo and horse lovers will not want to miss the International Polo Series that takes place each summer in Newport, where the first polo clubs in the United States originated over 125 years ago as a pastime of the industrial barons of the “Gilded Age”.  Triathletes and adventure sport enthusiasts of all types can enjoy running, biking, and hiking in the state’s varied terrain while taking in Rhode Island’s remarkably picturesque scenery. From the flat lands of the south to the steep, rugged woodlands up north, Little Rhody is sure to challenge and excite athletes of all levels of expertise.

With such a rich natural landscape, sustainability and ecological preservation are top priorities for Rhode Island.  More than 350 species of migrating birds make their way through the state’s preserved habitats, adding to the spectacular ecosystem. Nature enthusiasts will enjoy whale watching, hiking miles of marked nature trails or visiting any of Rhode Island’s excellent environmental centers, where trained professionals are available to guide visitors through the state’s varied terrain. 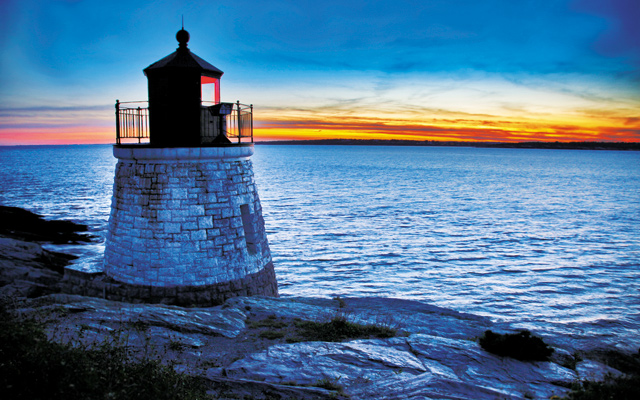 Founded in 1636, Providence was built on the ideals of liberty, tolerance and free will – a feeling that still permeates the city today and is coupled with amazing eats, a buzzing nightlife, and arts and cultural offerings that compete with (and often surpass) many of the great American cities.

One of the culinary capitals of the U.S., Providence was ranked # 1 in 2012 by Travel + Leisure for being the Best City in the U.S. for Foodies. Its culinary scene is innovative, sophisticated and vibrant, thanks to the many students from Providence’s Johnson & Wales University, the world’s largest culinary educator, who decided to stay in Rhode Island upon their graduation.

Providence’s history and geography have also helped to cement its reputation as a culinary capital. Waves of immigrants have come to the city in the last two centuries, bringing their recipes and culinary traditions with them. As a result, Providence has a wide variety of ethnic restaurants from which to choose, but the city is perhaps most famous for its Italian food. “The Federal Hill section of Providence is home to over 40 Italian restaurants within one square mile and considered one of the five best Little Italys in the United States,” says Mark Brodeur, Director of Tourism for the Rhode Island Economic Development Committee. “To really savor Federal Hill, be sure to make time for a culinary walking tour of the city. You’ll get to taste everything and speak to the pasta makers, chefs, and bakers. It’s an experience you’ll never forget!”

Providence’s preeminence as an artistic haven isn’t relegated solely to the culinary — theatrical arts and fine arts are also ever-present at the area theaters and at the world-renowned Rhode Island School of Design Art Museum, where the works of the great masters of visual art and of RISD alumni are exhibited. But perhaps the most uniquely breathtaking work of art in the city is WaterFire, an award-winning installation of over eighty sparkling bonfires that sit in braziers atop the three rivers of downtown Providence. The installation is full of motion: throughout the night, fire-tenders stoke the fires, boats glide past the flames, rivers flow quietly beneath the braziers, sparks whirl through the night air, and flickering flames reflect off the dark surface of the water, animating the architectural fabric of the city. The fragrant wood smoke intertwines with enchanting music and firelight, capturing the imagination of every person walking the paths of Waterplace Park or lingering on the benches or bridges by the water. Since its inception in 1997, the “crown jewel of the Providence renaissance” has drawn over ten million visitors to downtown Providence, revitalizing the city with its simple, inspiring beauty.

Block Island, a ten-square mile seaside resort located just twelve miles off the Rhode Island coast, is an evocative page from an Americana past. Heralded as “one of the twelve best unspoiled areas in the Western Hemisphere,” the island’s rolling green hills and dramatic Mohegan Bluffs are reminiscent of Ireland, and its beautifully restored Victorian hotels preserve the elegance of a bygone era. It takes no time at all to get to Block Island – just over an hour by ferry, a half-hour by a high speed ferry and mere minutes if you hop on a tiny plane from Westerly or Newport.

A vacation anomaly, Block Island manages to be exclusive, sophisticated, and unpretentious all at the same time. Large, white, clapboard Victorian hotels and inns stand on hillsides overlooking Old Harbor. Ducks waddle along the dirt pathways, squawking at strangers, while cattle and goats graze in tiny pastures. Well-traveled visitors have remarked that the scenery evokes images of France’s Normandy coast.

On Block Island you can spend the entire day playing or relaxing at one of the many beautiful, extensive sandy beaches. Rent a rowboat, sailboat, surfboard or charter boat for sightseeing and deep-sea fishing. Block Island is especially noted for its swordfish, record-sized striped bass, bluefish and flounder. The best way to tour the island is by bicycle, moped or just walking around and exploring. Experience the breathtaking Mohegan Bluffs, the Clayhead Nature Trail, Settler’s Rock and historic North and Southeast lighthouses. 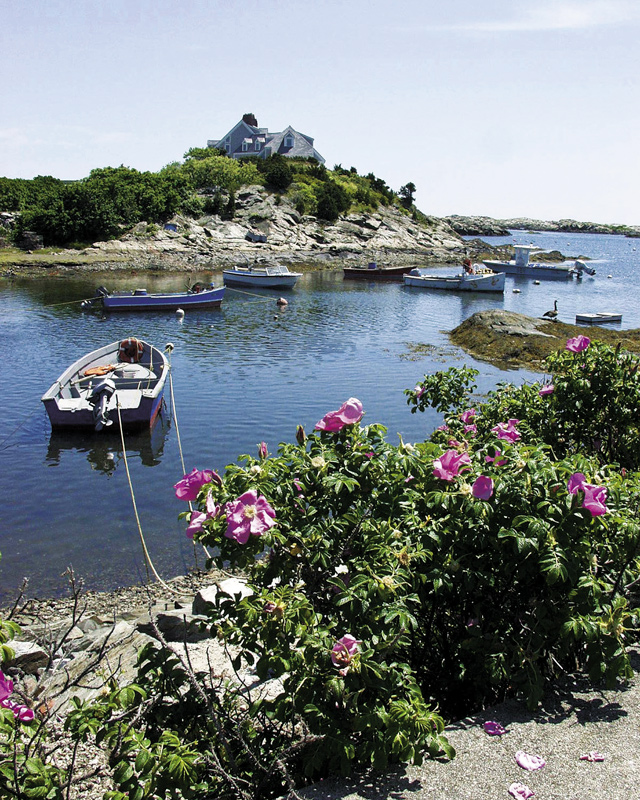 Fun to be found all year round

Regardless of your preferred travel season, you’ll find Rhode Island has something special and magical to offer. Autumn is when Rhode Island’s picturesque landscape turns into a kaleidoscope of color. The fall foliage serves as backdrop to the season’s pumpkins, corn mazes, and Halloween-themed events happening throughout the state.  The crisp New England winter weather allows for outdoor skating, snow tubing, and holiday cheer. During Spring, the flower buds bloom, the maple syrup flows and festivals fill every weekend.  Summer is naturally the season for sunbathing, adventure sports, and outdoor activities, and opportunities for all three are offered in abundance within ‘Little Rhody’.

For more information on planning your summer getaway, please go to www.visitrhodeisland.com.

Rue de L’Espoir, Providence is lesbian owned and does a lot of charitable work for LGBT causes. www.therue.com