Benito Mussolini said that Fascism was corporatism. So if he could have imagined cyberspace back in the 1930s and ’40s, he might have come up with something like the GlobalSoft corporation that rules the planet by having its inhabitants, as Neal Postman might have put it, amuse themselves to death. In We Will Rock You, now at the Orpheum, only corporate-mediated music content is allowed to reach the masses. If you take on the monopoly in this futuristic fascist state, ruled by a woman of color, and in which Lady Ga Ga’s gimmickry is actually appropriated to brainwash the masses, you are tortured and lobotomized. 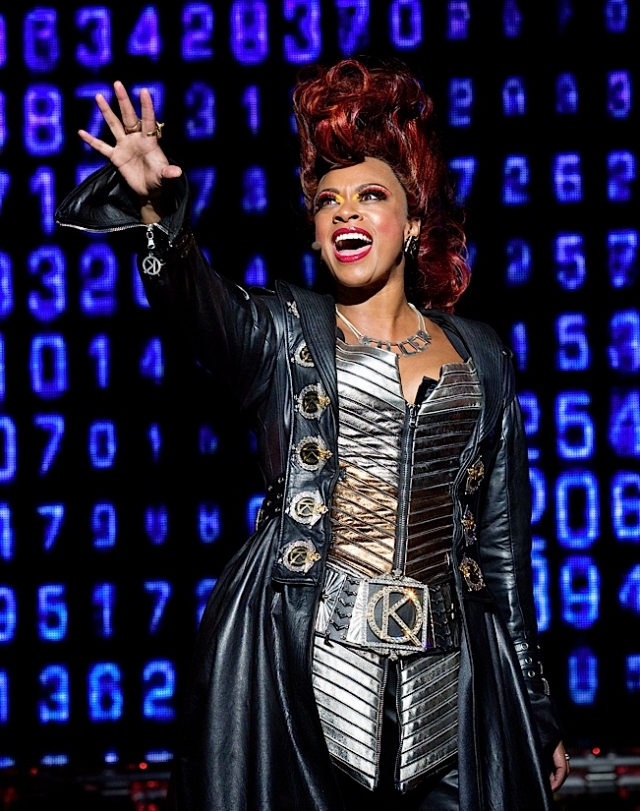 Ben Eton’s musical, constructed around the songs of the Brit rock/glam band, Queen, has Scaramouche (Ruby Lewis) and Galileo (Brian Justin Crum) as their romantic leads (yes, as mentioned in the tune, Bohemian Rhapsody). They escape from Cyber central to an outpost where actual cultural bohemians are trying to keep the flame of rock music alive, except they have never actually heard any of the tunes. That is, until Fate hooks them up with Galileo who has rock lyrics coming up from his subconscious. It sets him up as a kind of messiah. Moreover, Galileo can actually, as opposed to ‘virtually’, sing. Crum is dynamic and raw throughout. 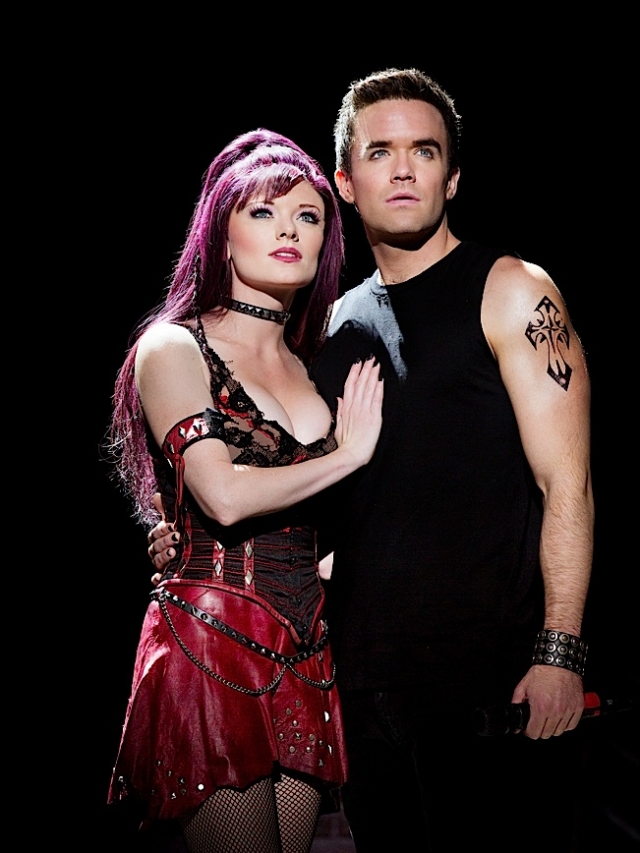 Christopher Renshaw has directed the show in a comic strip style. Though not a deep meditation on the invasion of privacy rights, it makes a bold polemical statement that clearly has mass appeal. Though it makes deliciously blistering comments about facebook and its destructive tendency toward actual human connection, We Will Rock You shies away from anything regarding the current National Security Agency (NSA) scandal, Julian Assange, Edward Snowden, or Chelsea Manning. Therefore it loses potential sting.

Nonetheless, on opening night the sold out house was ecstatic. All age groups were in attendance. They raised the roof, loved the music, the beautiful bodies, and the Dionysian energy. For all its silliness, this cautionary musical tale has grains of wisdom. Call it a subversive crowdpleaser.