Sublime Swimming Show Touches On The Ethereal and Sacred 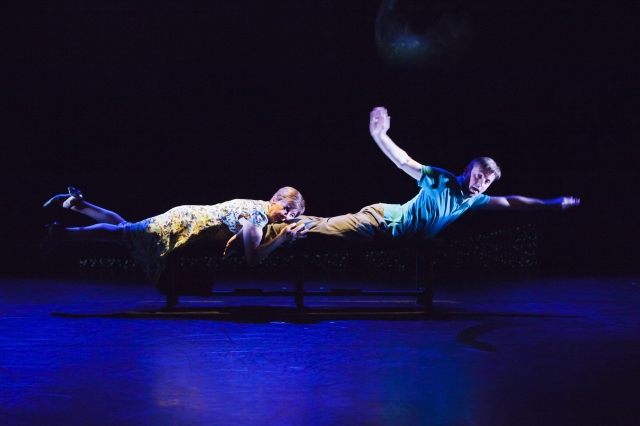 In 2011 Irishman David Bolger wowed local audiences with his raucously enthralling choreography of H.M.S. Pinafore on the Guthrie’s thrust stage. In 2012 he has returned to the Big G, but this time he’s performing himself, along with his mother in the facility’s intimate Dowling Studio. The contrast between his two Guthrie achievements is extraordinary. Where Pinafore was vibrantly robust, Swimming With My Mother is vibrantly ethereal.

David and his 78 year old mother, Madge, lovingly recreate memories of their swimming expeditions when he was a boy. There are also moments that seem suspended somewhere in sacred zones of the human imagination. The movement blends kicks, strokes, etc. associated with swimming with the graceful sweep of the human form carving out space associated with ballet and modern dance. The sublime effect in this ‘memory dance’ is as spiritual as it is physical. 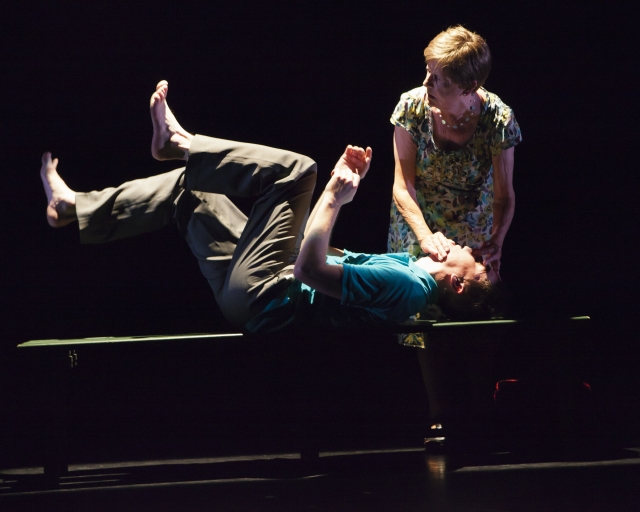