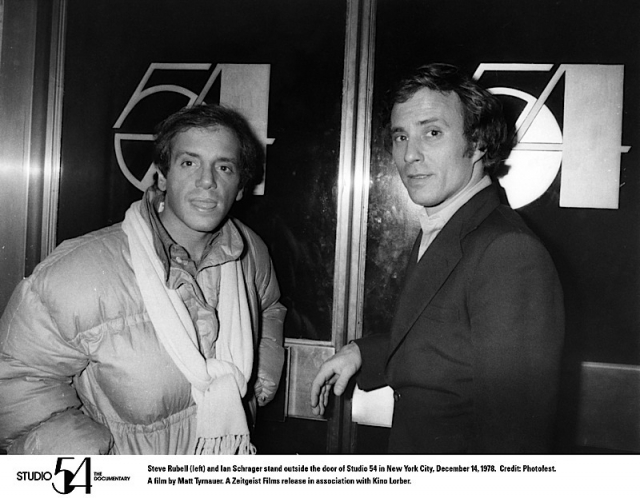 Matt Tyrnauer’s documentary, Studio 54, is a refreshingly frank examination of the elite Manhattan nightclub that was emblematic of the post-Stonewall disco era. Early on the film may appear as yet another shallow pond of celebrity Who’s Who scuttlebutt, the type of which always seem to be in demand, or yet another cakewalk down memory lane. However, it shrewdly turns the tables on the viewer and reveals the self-destructive nature of hedonism and how gay men and trans folks gave over to it. Focused primarily in the late 1970s, the studio’s financial implosion seems like a haunting harbinger of the AIDS crisis awaiting on the horizon of the 1980s as seen from Tyrnauer’s objective perspective.

Studio 54 is driven by a penetrating interview with Ian Schrager, the low-key straight buddy and business partner of aggressive gay party animal, Steve Rubell, who died of AIDS complications in 1989. Schrager, who went to prison for tax evasion regarding the club’s books, tells his side of the story and ends up telling somewhat more than he imagined he would. Though President Obama granted Schrager a full pardon just before he left office last year, a guilty conscience makes itself known. His father liked to think of him as a good Jewish boy, just as Rubell’s mother thought the same of her son (he never came out to her). Connections to organized crime, the staff implicated, and the full impact of the studio’s decadent power percolate throughout the documentary and come to haunt Schrager as the film presses on. We see it in his eyes and hear it in his voice.

Rubell is shown on camera of not only being shamelessly ingratiating to stars like Michael Jackson but to be ruthlessly discriminatory against  those who lacked the looks, the money, the connections, and the fame—the elitist prerequisites for gaining entry to his club. And all through the documentary various “in crowd” figures wax sentimental over the idea that Studio 54 was a safe space for those who were marginalized and how wonderful that gays and straights could let it all hang out together there. Liza Minnelli, Bianca Jagger, Calvin Klein, Andy Warhol, and even President Carter’s Chief of Staff Hamilton Jordan were patrons in what was essentially a jet-set drug den. That said, to his excellent credit, Tyrnauer lets the facts speak for themselves. 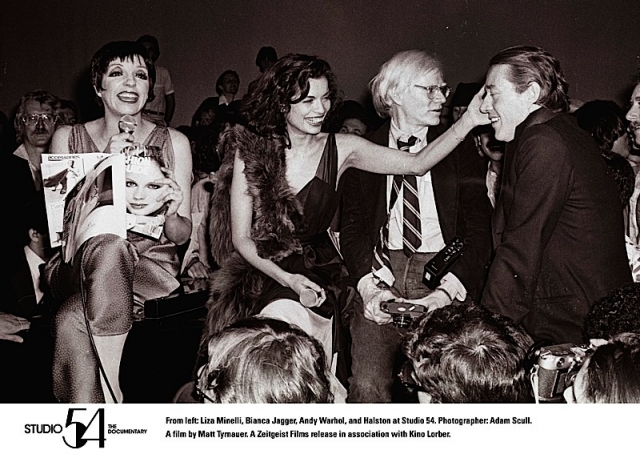 However, it was the casual attitude toward drug infestation that sealed the club’s fate—an attitude still present today in our era of opioids, which the anything-goes ’70s cryptically prefigures. Rubell, who was quintessentially ’70s himself, is shown in Studio 54 to have flagrantly permeated illegal drug use within his club domain, corrupting those around him, brazenly flaunting drugs under his arms in front of federal agents, and then playing the jester with a boastful smirk on his face before the media. What Rubell called “cash in, cash out—and skim” was central to the game the two men played. Cash was even kept hidden in the ceiling. Cocaine and quaaludes ruled.

One of the most revealing elements that comes through is how Rubell’s attorney, the ferocious Roy Cohn, proudly defended him. It undercuts the image that Cohn was a paranoid closet case. Cohn actually seemed to relish the opportunity of defending a club celebrated for its purported diversity, inclusivity and queer sensibility. Though the film doesn’t go into it, Cohn was a close friend and perhaps a mentor of Donald Trump (something GLBT activists are oddly silent about.) He was a legal genius, and of course, some would say, an evil genius. Playwright Tony Kushner viciously satirizes him in Angels in America.

Studio 54 is a much needed documentary for queer folk and straight supporters to take a sober look at what happened then and the impression of us in the eyes of the general public, not to mention the GLBT people excluded from the club. For all its safe space pretensions and rationalizations that it was a haven where one could just be one’s self, the studio clearly promoted unbridled drug activity for those who could afford to be included, or who were sexy enough. Studio 54, with its seductively toxic cult of celebrity, glamorized that. 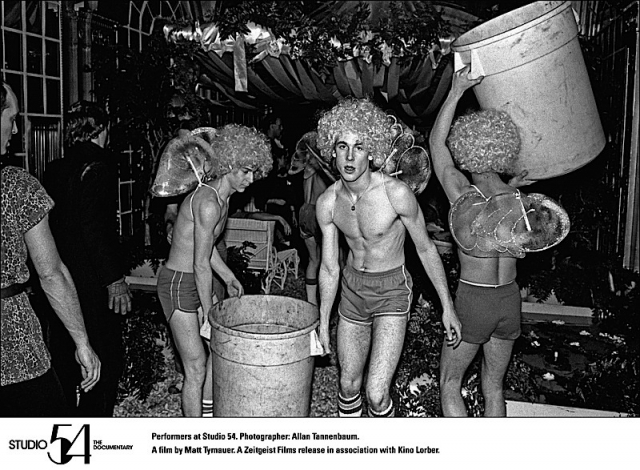 The upshot of some of those interviewed was that the closure of the out of control club and the conservative backlash that emerged at that time was a result of America’s homophobia, racism, and sexism. One interviewee actually spells it out that blatantly and others echo that. But this insults principled gays, persons of color, and women, of whom scores of millions were American citizens at the time. The decadent imagery of the disco scene could be dissonant and unsettling. It must also be born in mind that the Jonestown massacre of mostly people of color relocated from the Bay Area to Guyana, happened on November 18, 1978 and that on Nov. 27, Board of Supervisors Member Harvey Milk and Mayor George Moscone were assassinated in San Francisco. The mass homicidal Rev. Jim Jones was a proselytizer of what’s known as “apostolic socialism”, which gave him cachet among certain politicians who curried his favor. All of this cemented San Francisco, known as America’s gay capitol on the west coast, as a place to be feared. On the east coast, the Studio 54 debacle in the Big Apple, a gay mecca itself, reinforced that image concurrently. Sodom and Gomorrah fears inflamed the national consciousness. However, it would be in the middle of the country where a crowning event would take place the next summer and a little over a year before the election of Republican President Ronald Reagan. (One wonders to what degree Jordan’s connection to the club eroded some of Carter’s support.)

Studio 54 actually contextualizes this with footage from the July 1979 Disco Demolition Night at Chicago’s Comiskey Park stadium where disco records were actually blown up between baseball games. Certainly this was an irrational and reactionary act but don’t think it came out of a vacuum. The dynamic of cause and effect is something that cannot merely be evaded by fatuously labeling it as bigotry from hetero-normative, misogynist, racist mainstream society. That’s a cop-out of colossal proportions. Free will sometimes has dreadful consequences, and that was something not taken into account by the Studio 54 crowd. Tyrnauer reveals that. His noble effort should be seen and contemplated. Not to be missed.