Strong Acting & Haunting Set – Guthrie’s “An Enemy of the People” 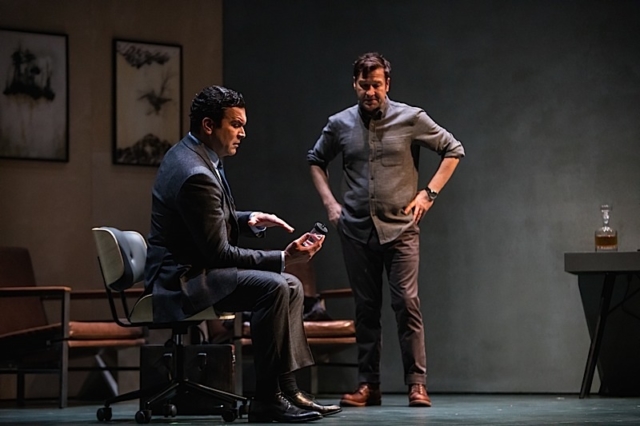 The Guthrie Theater is presenting a well-acted adaptation of Henrik Ibsen’s 1882 polemic, An Enemy of the People, directed by Lyndsey Turner. Playwright Brad Birch has moved the time up to our contemporary era. He is true to The Father of Modern Drama’s intentions, but at points the script gets tediously didactic and preachy. When a doctor discovers that the water in his Norwegian town is contaminated, the resistance to his findings becomes apparent. His brother, the mayor, will have none of it because a shady deal is in the works to open public baths—ironically, to promote well being—in order to draw wealthy paying visitors. Profits hold priority over principle. The public will be deceived. 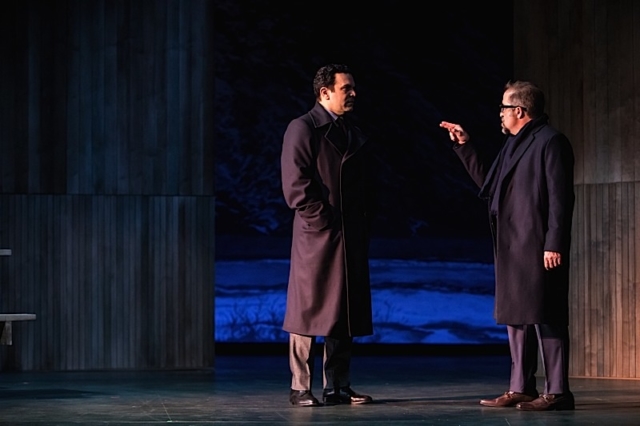 Billy Carter brings feisty strength to the protagonist role of Doctor Tom Stockmann. He is solidly matched against Ricardo Chavira (known for his role as Carlos Solis in Desperate Housewives) as his brother, Mayor Peter Stockmann. We are made to weigh the risk between ecological peril and the vital need for jobs—most definitely still an issue 136 years later. 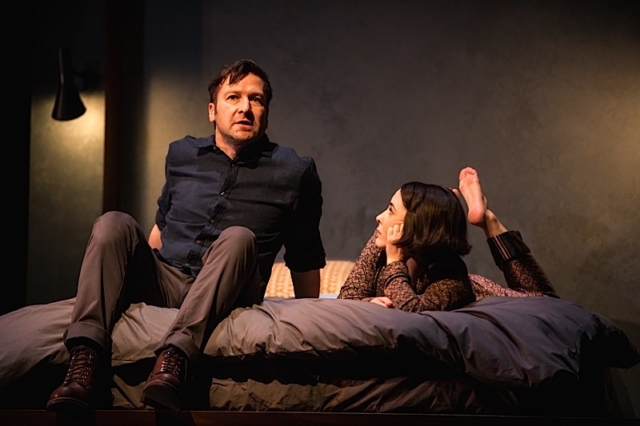 Sarah Agnew as Kate, Tom’s wife, is coldly mysterious in her role. We wonder to what degree the detached Kate cares about the environment vs. her lifestyle comfort and perks. That said, are Tom’s ego and self-image factoring into the equation more than they should? In his passion, does Tom overlook his responsibility to family? And is that a legitimate concern, given the odds? Merle Hensel’s turntable set is coldly spare and postmodern. A mountain emerges in the background with hauntingly evocative overtones.