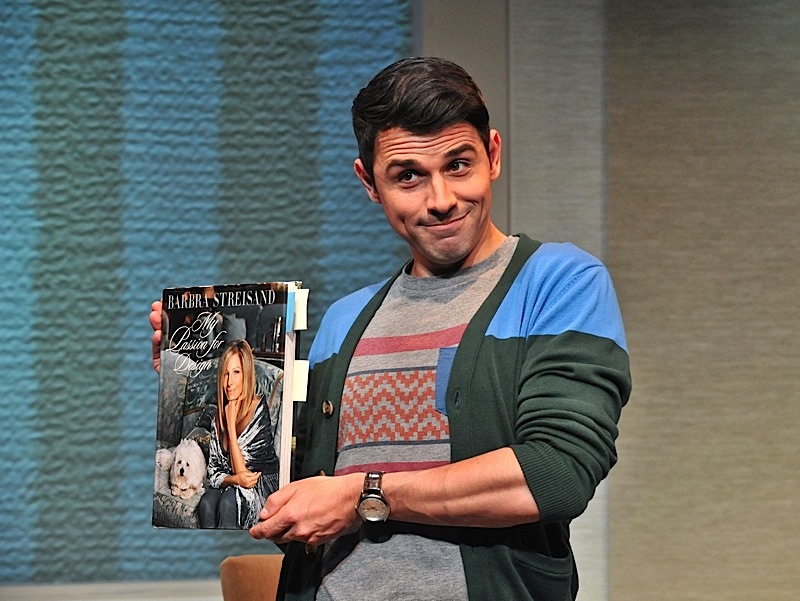 William Randolph Hearst was the object of amazement and derision with his custom-created Hearst Castle in San Simeon, Cal. Elusive veteran superstar singer-actress Barbra Streisand, still living, custom-created her own private mall beneath her fabulous Malibu mansion. Hearst’s legacy is immortalized in Orson Welles’s film, Citizen Kane, which took liberties on its subject’s personal history. Playwright Jonathan Tolin takes liberties as well on his subject’s life, so that it too becomes a somewhat piercing statement on privileged eccentricity and arrogance. Not to mention, highly entertaining.

Tolin’s solo comedy, Buyer and Cellar, shines at the New Century Theatre/Hennepin Theatre Trust with a sparkling performance by the charismatic and endearing Sasha Andreev. He plays Alex, a struggling gay actor who takes on a job as the only attendant of the Streisand mall. The show is totally fictional but Tolin’s reflections on Streisand’s life, insecurities, body of work, and perfectionistic ego are uncannily conveyed. There’s also a studly interchange with James Brolin. 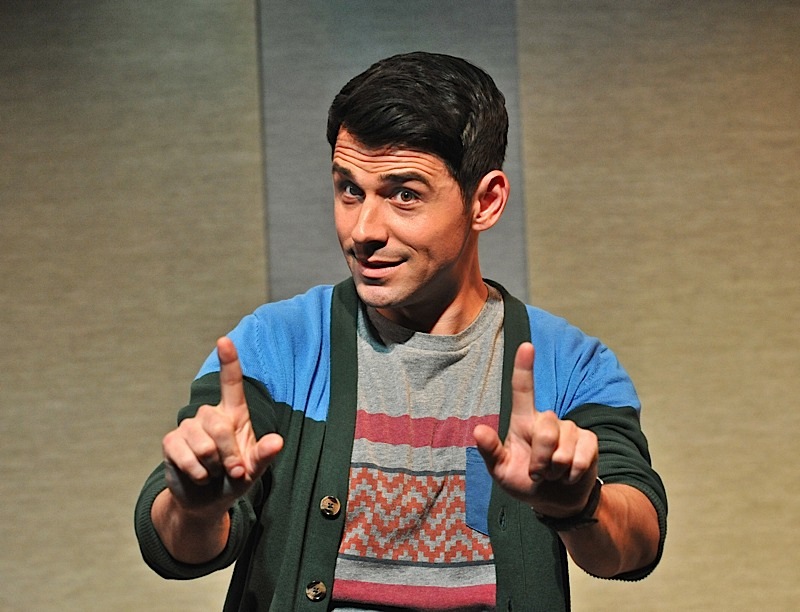 In an impeccably delivered performance Andreev relates the dazzled feeling Alex has toward abruptly landing the job as Babs’ mall attendant. Moreover, she only bothers to descend below her mansion every now and then where she acts out scenes, where in one instance she tries to convince Alex of selling her an antique doll at a cheaper price than that which he proposes. It’s all about role play and the pair relish it. Alex/Andreev acts out Streisand’s dialogue. My only quibble with his performance is that in an impersonation and reference to Shirley Booth as vintage television maid, Hazel, he doesn’t sound like her.

Alex/Andreev also deftly acts out Alex’s partner, Barry, who sees through Streisand’s ego. Barry points out that in her movies she is hooked on always being portrayed as someone beset my men who are unworthy of her. A brilliant observation but not entirely true. But certainly Omar Sharif, Walter Matthau, Robert Redford, and Kris Kristofferson did play such roles in some of her best movies. These actors co-starred in films of her earlier career. In her later career it is often noted how comparatively unimportant her material became. If only people today knew or bothered to remember what a phenomenon she was!

Barbra Streisand looms as a gay icon. I myself became a literal fanatic of her work when I saw Hello Dolly! at age 11. I collected more of her albums than anyone at my junior high or high school. I dragged my younger sisters to El Paso, 50 miles from where we lived, just to see On A Clear Day You Can See Forever, (which has perhaps her best vocals) in the middle 1970s, five years after we had missed it in the little New Mexico City where we lived. 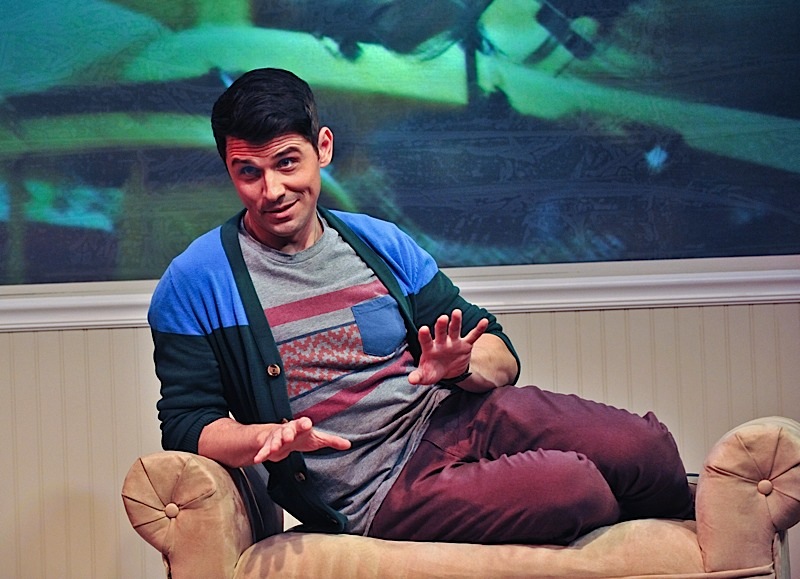 Stories of her perfectionism and tyranny were always abuzz. There is a giant misconception that Streisand was someone exclusively for gays. Indeed, her popularity was gushingly expressed in drag and in gay bars in the 1960s right through to the ’90s and younger generations have now appropriated her. But it must be recognized that Barbra Streisand was the most bankable female film star of the 1970s. In the 1990s right wing radio shock jocks and gay men themselves continually portrayed her as a liberal and a gay pop icon only. This became the final inaccurate word on her.

But she was the highest paid alongside actors Paul Newman and Steve McQueen. (Hoffman and Nicholson were not as bankable yet.) This meant that millions of straight men enjoyed her films on a massive scale. Other actresses, like Ellen Burstyn, Faye Dunaway, and Glenda Jackson won Oscars, were rightly acclaimed, and certainly had box office draw, but none as much as Babs. Jane Fonda you ask? She was Oscar-nominated for They Shoot Horses, 1969 and won an Oscar for Klute, 1971 (ripping off Janet Suzman for Nicholas Alexandra) but her megastar didn’t start to rise till the late ’70s with two marvelous pictures, Julia and Coming Home.

Like Hearst, Streisand is a democrat known to be thick with many democratic politicians. Like Hearst, she is associated with liberalism and with hard right sympathies. These sympathies have cooled many of her older gay fans and straight progressive fans’ toward her current persona. That said, her early films are in a class by themselves and if you’ve never seen them, you should watch them on a giant screen in a big dark room, starting from Funny Girl right up to The Way We Were. Those five years were golden. Sadly comparable to Meryl Streep in the ’80s, who alas, like Streisand, wavered into a kind of smallness in comparison to the earlier talent she was. But oh, thanks to dvd, we can still see their finest hours. And oh what gloriously fine hours they were and always will be.

Wendy Knox directed Buyer and Cellar. Us old timers remember her great productions of Machinal and Mother Courage. But she has also been associated with some stellar solo shows: Joe Leary in The Santaland Diaries and Sha Cage as the guilt-ridden drone activator in Grounded. Andreev’s Alex is another jewel in her crown, and of course, in Andreev’s crown as well.