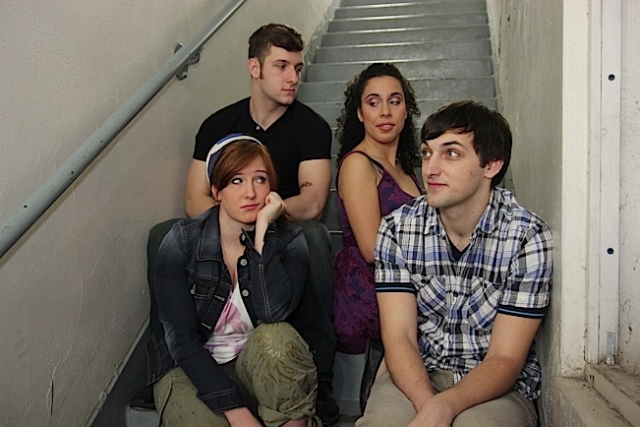 The late 19th century French drama classic, Cyrano de Bergerac by Edmund Rostand, is the inspiration for the Barry Wyner musical Calvin Berger. A clumsy title but a charming musical indeed. Minneapolis Musical Theatre has mounted a pleasing production of it at Hennepin Theatre Trust’s New Century Theatre. Wyner resets Cyrano in a contemporary American high school where the eloquent Calvin (Gregory Adam) is certain that his nose is the reason that his heart’s desire, Rosanna (Emily Madigan), cannot love him. He thinks his nose is too big but as things progress you wonder to what degree that it’s all inside his head. People are known to magnify what they think are flaws into being far worse than they actually are.

While watching Calvin Berger I became aware of how little I have seen in recent performance or film that deals with the agony of straight kids, especially boys, who suffer from self-esteem issues. The delightful duet between the males, We’re the Man, captures the testosterone-driven ego particular to boys and male sports fans. You roll your eyes but find it endearing at the same time. 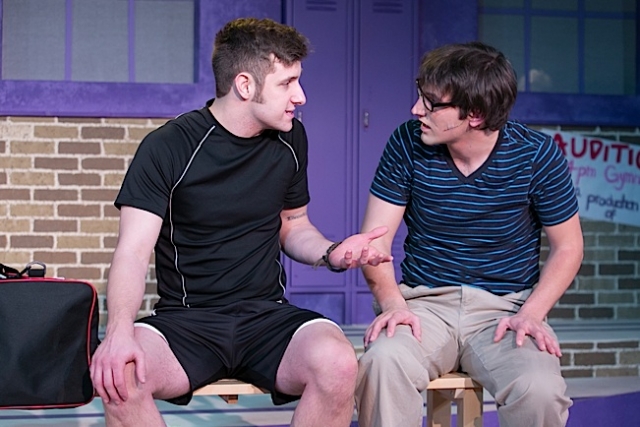 Calvin’s competition is the inarticulate studly jock, Matt (Logan Greene), the apple of Rosanna’s eye. The boys work out a deal in which Calvin will provide him with poetic sweet talk to woo Rosanna. Though Calvin resents this he still goes along with it. Moreover, Calvin is oblivious to his platonic best gal pal, Bret (Kecia Rehkamp), who secretly yearns for him every minute of the day.

Director Joshua James Campbell’s cast lives into the lovable innocence of all four characters so that we don’t side with any one of them in particular. Instead, we are made very aware of how insecure they are. It’s a solid reminder of the anguish of late adolescence. 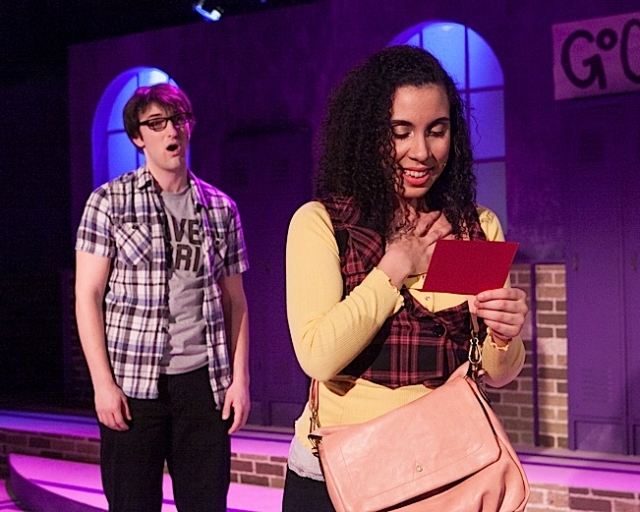 Adam and Greene contrast each other perfectly and it is refreshing to see the jock hunk Logan played by Greene as a sensitive human being and not a mere knucklehead. Madigan and Rehkamp give fine performances that reveal ways infatuation can blur the way we see our lives. Lori Maxwell’s music direction is excellent. 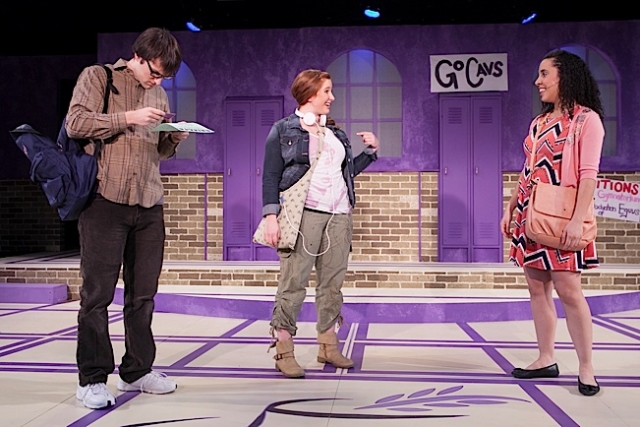 Unfortunately, MMT is back to one of its old bad habits: right after the curtain call, when the audience should be enjoying the afterglow of a highly enjoyable show, the spell is abruptly broken when one of the cast members asks the audience for money and to tell all your friends to come see the show.

There are dignified alternatives to such pandering. For example, Frank Theatre’s Artistic Director, Wendy Knox, typically gives a curtain speech before her productions begin that briefly explains the non-profit nature of the theater, as does a Theatre in the Round board member, before the start of whatever production they are offering. This makes the audience present to the institutional infrastructure that is bringing forth the production but it doesn’t mess with the mood that any solid production will evoke.

I have also seen theaters use the intermission to make people aware of non-profit realities they may understandably need help with. Indeed it’s a good thing that audiences know that live theater has requirements and constraints particular to live theater. In a digital high tech era, I say, certainly make your audience aware of that. But don’t wreck the mood please.