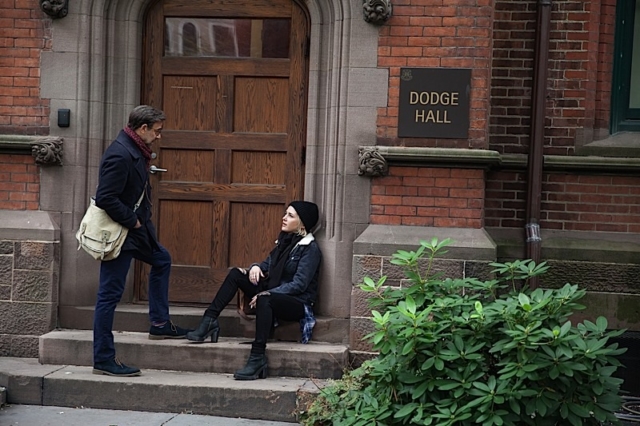 Submission is a film that takes immerses us into a highly charged controversy over sexual harassment. Stanley Tucci, in a revealing performance, plays a creative writing professor who feels he has settled for less because he took a teaching job at a college with a less than stellar reputation. He had written a book of note and consequence, but a second book has yet to follow. The teaching job seems to have been thought of as a “gig”, a steppingstone, rather than where he actually is in that moment.

What one of the deeper takes on this penetrating film may be is that when we become resigned to “settling for less”, we can become sloppy in how we execute our lives because we tell ourselves how we perform at this lesser job isn’t important. Our “real life” will happen in the future. However, such self-deception is not only arrogant but a prescription for disaster, especially if this settlement for less continues for a number of years, making you dependent on benefits, retirement, comforts, etc. 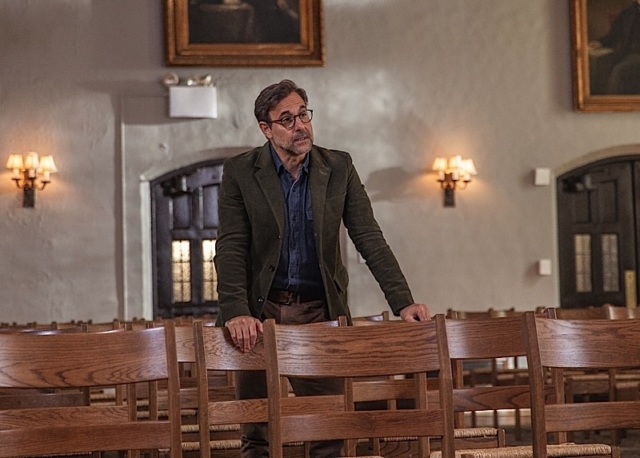 The sloppiness of Tucci’s Ted Swenson stems from how he runs his class. His college students are young undergraduates who are made (by him) to discuss the content of their work. This results in hurt feelings sprung from unschooled comments about class work that frankly have no place in any class. Students deserve better and they deserve a teacher who teaches. One can’t help but wonder if the professor is lazy, or worse still, is too fascinated by the subjective reactions of students. It becomes apparent in class and also a faculty get-together that sex has become a central value in the college’s liberal arts department. One can argue that Swenson is required to teach the curriculum, but on the other hand, conscientious professors and administrators should make waves rather than glibly rationalizing postmodern drivel. 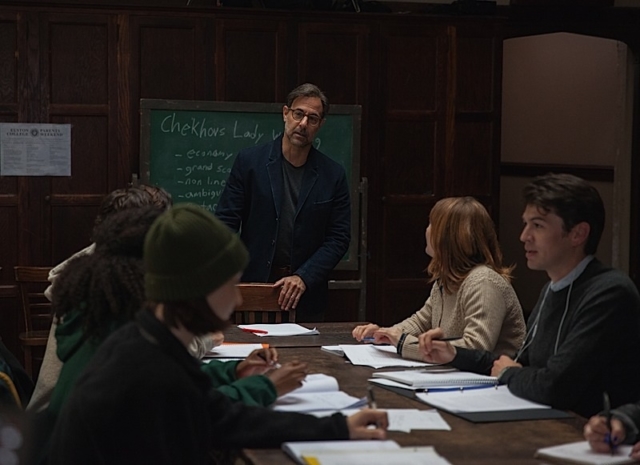 Though Stendahl’s novel, The Red and the Black, is brought up in conversation at points in Submission, it is telling that though that classic work has sexual currency, like many classics do, it can be viewed on other levels if one chooses to acknowledge those levels. Any professor worth his or her salt, should be able to do this almost reflexively. But Swenson has failed to focus on much beyond the sexual level. And to be sure, he’s not that different from countless other run of the mill liberal arts professors, male and female, in that respect. It’s not that the sexual and gender levels aren’t profoundly important, but they are always a lightning rod, whether among his zero-tolerance faculty comrades or his competitive insecure students. To point: when discussing sexual matters with any group, one must be sharply attuned to nuance and what can go wrong.

We see right from the start that Swenson, feeling vulnerable in his middle-age, will succumb to Angela (a visceral Addison Timlin). Obviously, this is classically inappropriate, though Angela misrepresents her intentions and is triggered in ways that will cause viewers to resist siding with one party or the other. This is actually what makes this a unique story for the current climate of #MeToo. It is also what makes Submission a great picture to discuss after you’ve seen it. One thing that I wondered about was the negative response Angela gets from her female classmates about her writing. It is fascinating because one gets the sense that these young adult women who react against her are not being competitive, but are intuiting something profoundly askew with her. Had Swenson tapped in to where these young women were coming from to begin with, he might not have taken the bait. 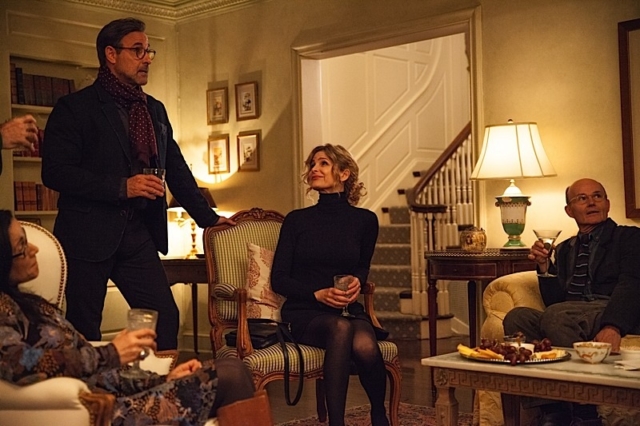 Writer/director Richard Levine gets crackling performances all around. The film is based on Francine Prose’s novel. Images from the classic 1930 film, The Blue Angel, where a Weimar professor played by Emil Jannings is thunderstruck by his love for a cabaret singer played by Marelene Dietrich, are woven into parts of Submission to enhancing effect.

Note: This film and novel are nothing to do with French writer Michel Houellebecq’s brilliant novel, Submission, also about a professor. It’s also worth checking out some of American Francine Prose’s comments on the film in our current #MeToo period. She sees her work as being about obsession. Good point indeed!