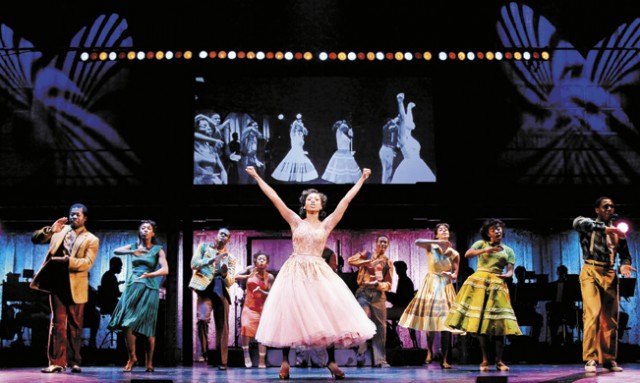 The 2010 Tony-winner for Best Musical recalls the time when interracial love was perilously taboo. National tour ensemble member, Evan Autio, shares that it “takes you to a place where you start caring about Felicia and Huey and their love story. You can relate to them because you have either felt this way about someone or you know someone who feels that way about you. Or with the gay community, how it hits me so hard, is because I would love the same rights they thay are fighting for at the time. They would love to be together but can’t because she’s black and he’s white. And I think it kind of plays on today with us, trying to get the same rights as a straight couple.”

Guthrie and Penumbra Theatres team up for a classic play by iconic gay African-American James Baldwin (1924-87). Sarah Bellamy, known for her first-rate research for Penumbra productions, points out that “since his explosion into the literary scene in the early ’50s, Baldwin stirred controversy on all sides. He courageously laid bare some of his most private struggles–from his upbringing in the church and his time in the pulpit as a Pentecostal preacher to the realization of his homosexuality and the tensions between the two.”

She adds how Baldwin also indicted “white liberalism that lauded relationships with ‘Special Negroes’ but largely avoided the question of race in America. It has also been convenient for various groups to cordon off what may complicate their engagement of Baldwin’s work in order to service their own political agenda–whether it be a dismissal of his homosexuality or an erasure of his blackness.”

Local playwright Jeffrey Hatcher’s historical masterpiece is one of the great plays of our time and was made into one of the great films of the ’00s. Finally it will get its first actual local production thanks to Walking Shadow. Set in the 1600s when women were first introduced to the English stage (hence, the term ‘actress’), director John Heimbuch reminds us that “prior to this, female roles were entirely played by men, often boy apprentices, who learned to create an idealized version of femininity onstage. This was true throughout the Elizabethan and Jacobean eras until the theaters were closed during the Puritan interregnum. When the monarch was restored to the throne, theaters initially resumed the tradition of men-as-women, but during his time in France, the new monarch, Charles I, had developed an appreciation for females onstage–as was the norm in France–and the old practice was quickly abolished.” 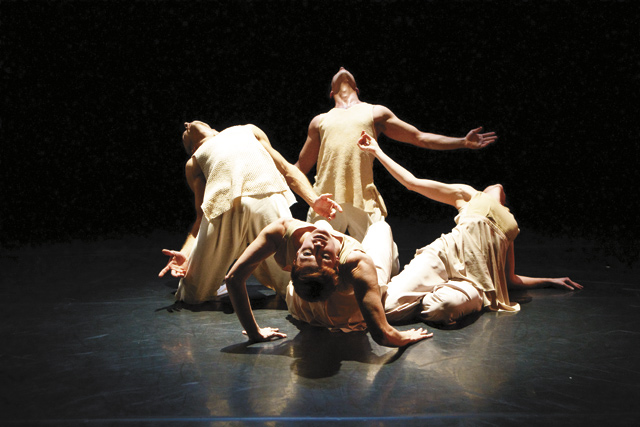 Choreographer Morgan Thorson’s All Parts Are Welcome is part of the region’s top contemporary dance company’s 20th season show. She says it “brings everything that makes us human into the choreographic process by way of observation, same sex attraction, flipping, dominance, rejection, a desire for intimacy, lies, compartmentalizing, obedience, manipulation, wanting to be seen, arrogance, love, the international sign for NO–even running out of time and bad habits. It’s an effort to stare down our most conflicted feelings about life through dance and say goodbye to all of those who can’t get on board. At times charming and then appealing, All Parts Are Welcome posesses our most powerful and, dare I say, annoying traits in a fanfare of insistent and overstated sequences and tableaux. During the creative process everyone put everything they had into making this work, at the risk of losing it all. The love was palpable. In fact, this process was so queer that I had an affair with each and every one of them.”

But Thorson’s timeliness will be contrasted with choreographer Mariusz Olszewski’s beguiling nostalgic twists in Pink Martini. The viscerally lyrical rhythms of 1950s cha-cha and mambo are splendidly matched with the sounds of Perez Prado and His Orchestra and Rosemary Clooney.

This Tony- and Pulitzer-winning drama concerns what director Craig Johnson calls “the appalling child sexual abuse scandal that continues to rock the Catholic Church, and as playwright John Patrick Shanley has said, the final act should be the discussion that audience members have debating the ‘did he or didn’t he’ question. But the story expands to include the tension between levels of hierarchical power, between men and women, between protection that petrifies into control, and freedom that risks safety.”

If you saw the seriously flawed 2008 film that Shanley, a stellar playwright, foolishly directed, you were cheated by the miscasting of Philip Seymour Hoffman, a stellar actor ironically misdirected by Shanley himself to play Father Flynn, the priest in question, as a slob. Worse still, scenes that not even in the play further reinforced that. So it’s much easier to totally stereotype Flynn as a pedophile and not examine the situation the play puts forth. The opposite of what Shanley wanted!

However, in casting the charismatic, dynamic, and classically handsome David Mann as Flynn, Johnson (who I did not communicate with about this at all) has rightly done precisely what Shanley intended for his original play. Therefore, I hope those whose only encounter with Doubt is the film will see Park Square’s production. It’s much, much harder to believe a man with all the advantages, attractive to other attractive adults, would commit such a heinous crime as opposed to someone who doesn’t measure up to the masculine ideal, like Hoffmann’s slanted portrayal. If only it could be remade as a film directed by Mike Nichols with Michael Fassbender as Flynn. Instead, I suspect Mann will get it right and put things right and expand his already broad fan base.

An unusual combination of Civil War and sci-fi manifests in this new work with music by The Lisps, an indie rock band that melds folk/Americana with new music forms. An inventor and a mathematician collaborate across space and time to create steam-powered artificial intelligence to end war. Soho Rep Artistic Director Sarah Benson shares, “As with all The Lisps’ music, the musical looks forwards and backwards at the same time. The chorus of soldiers are played by a diverse range of men and women and at the Walker we will be casting several local actors in these roles. We are not taking a period approach where we are in any way trying to accurately reflect the Civil War. For example, we have a black actor playing the General.”