Scoring A Goal For The GLBT Community 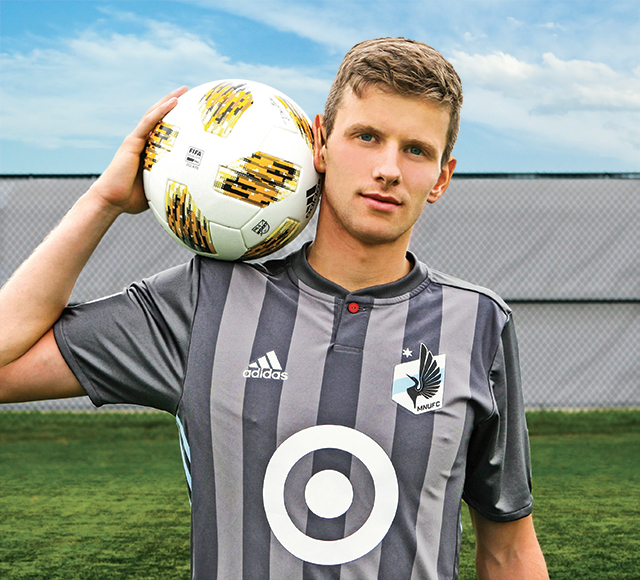 Minnesota United soccer player Collin Martin shares his experience of coming out to teammates and fans.

The only openly gay active male athlete in Major League Soccer and in any of the major American pro sports leagues, Collin Martin proudly represents the GLBT community as a player for the Minnesota United FC. Though Martin wasn’t always comfortable sharing his sexuality with the public, he is now an inspiration to GLBT individuals around the world, from fellow athletes to fans.

Martin grew up in Maryland with two brothers and two sisters, and he found his passion and talent for soccer at the age of two. Since then, Martin has been kicking the ball down a long road of success. Martin went on to study at Wake Forest University for a year before being contracted on the MLS team in Washington D.C at the age of 18. Martin played for them for four seasons and joined the Minnesota United two years ago.

“The assistant coach at D.C. United got a job offer to move to Minnesota United, and he had known me for a long time and wanted to bring me with him,” Martin says. “I was in need of a fresh start, so I thought it would be great.”

Martin says he started to realize he was gay in elementary school, but he found it really difficult to express his sexuality in middle and high school while also being an athlete. He says it was hard to understand the balance between his masculine side as a soccer player and the fact that he wasn’t quite like his fellow teammates. 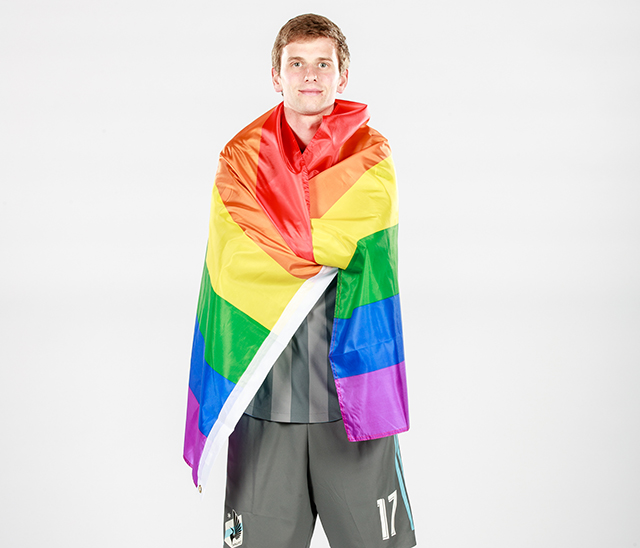 Collin Martin hopes that his coming out will encourage other gay athletes to be open with their sexuality. Photo courtesy of Minnesota United FC

“It wasn’t too hard keeping it a secret because I was dating girls and talking about girls to teammates, so it was easy to keep up that charade,” Martin says. “I didn’t give myself a chance to explore, and I wish I had been completely myself in high school. Things would have been a lot different if I was comfortable sharing that I was attracted to men.”

Martin says he told some of his close teammates in D.C. that he’s gay along with family members and close friends. He didn’t come out publicly until he moved to Minnesota, which was largely because of his team’s participation in Playing for Pride.

“Playing for Pride (was) started by a man in North Carolina who plays professional soccer who got people on pro soccer teams in America to pledge their money and support to the GLBT community, and proceeds went to Athlete Ally,” Martin says. “I had a person ask me why I was participating in Playing for Pride, and at first I was not able to answer, and then I realized it was a great opportunity to explain that I’m proud to be myself and to represent the team as a gay man.”

Martin says he used the 2018 Pride game to open up to everyone, which is when he came out publicly. He says he also would bring his boyfriend at the time to team events, parties, and games, which all of his teammates were supportive of. 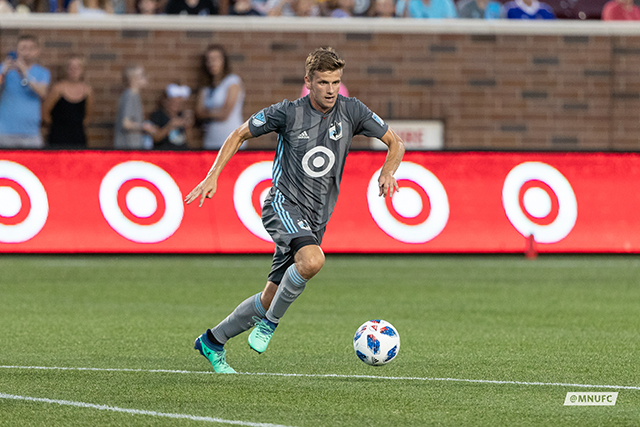 Collin Martin came out as gay earlier this year, and has been praised by fellow players and the gay community for his honesty and assertiveness. Photo courtesy of Minnesota United FC

After coming out, Martin received love and support from people all over the world, which encouraged Martin to continue proudly representing the community in his sport.

“It was amazing, and the support was incredible. The reach that my message got was something I never would have imagined,” he says. “Clearly to this day, being gay in professional sports is very taboo, but people are very interested in my story. There is still such a lack of representation in sports, and being a gay man and being a soccer player, I didn’t know what I was getting myself into.”

Martin says the reaction he received has been overwhelmingly positive, including messages from all over the world expressing appreciation for his openness and for being willing to share.

Though the general reaction to Martin’s coming out has been extremely positive, Martin says that our society—specifically in terms of sports—has a long way to go. 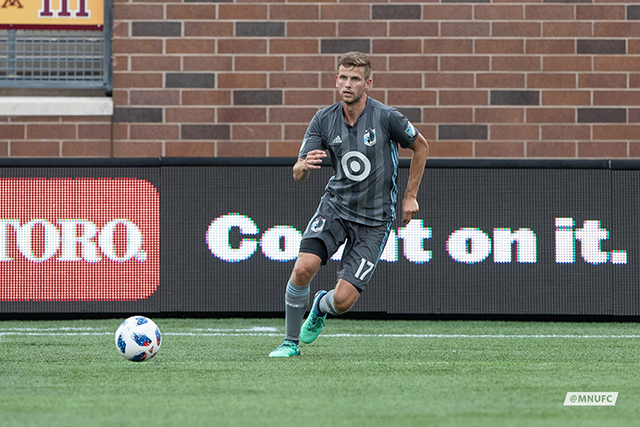 “The real goal is that people won’t have to do this. I didn’t realize this was something I needed to do because I always thought that there were already amazing pioneers who sacrificed and did this before, so I wouldn’t have to,” Martin says. “But we still have a lot of progress that needs to be made in a lot of areas. When I started to wrap my head around the idea that I’m an example for others, that was huge.”

Martin says his message has resonated with many GLBT fans, and people are realizing that, “Hey, people in sports are amazing and they will accept you, this is a place for everyone.” He says he doesn’t want anyone to feel like they don’t have a spot in sports.

Overall, Martin says that coming to Minnesota gave him the ability to meet a team of incredibly accepting individuals, to find a strong community in the Twin Cities, and to realize that he can be one of the very pioneers that he once looked up to.