New Food, Drink, and Sensory Experiences Mark A Big Season For The Twins 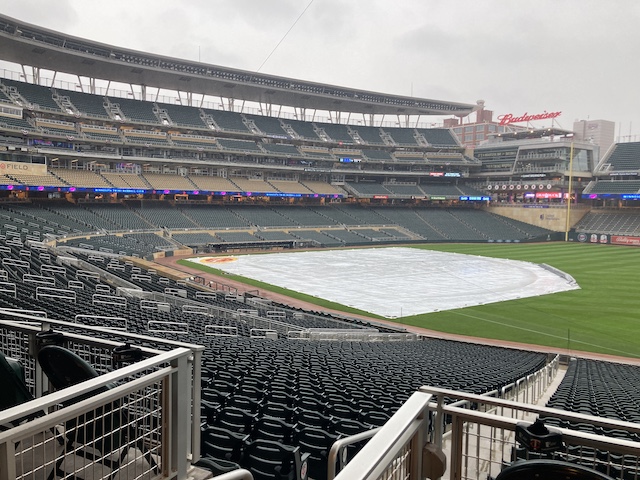 Planning on going to the Minnesota Twins Pride Night on July 15? Or, do you have season tickets to the team that could be a serious contender for the American League Central Division this season?

Either way, there’s no other place than Target Field – the home of the Minnesota Twins since 2010.

The stadium experience is what brings us out to the ballpark. Target Field has always been feted by fans and the professional sports business as being the best among all sports venues in North America – if not, around the world.

For the 2022 season, the Twins have gone to new heights in introducing new food partners, innovations in beverage sales, and a couple of new experiences that go beyond the game itself.

In terms of food and drink, the Twins and their hospitality and retail partner Delaware North always emphasized offering local brands and ingredients. Some of the vendors represent the many cultures of the Twin Cities with their food and also ownership.

Returning this season are St. Paul’s Roots for the Home Team, Minneapolis’ Mac’s Fish, and Turkey To Go. The latter will be located with Tony Oliva’s Cuban food booth and Kent Hrbek’s in-stadium bar.

Along with new twists on stadium favorites, Target Field will introduced some new food stands for the fans. From Lake Elmo comes Bub’s Gourmet Aussie Pies offering hand-held savory pies not unlike the ones you’ll find at the Melbourne Cricket Ground or Accor Stadium near Sydney. Roseville’s La Tapatia brings street-style Mexican foods just feet from your seat. Soul Bowl brings another dimension in food to the ballpark.

Even our community is represented. LGBTQ-owned Hot Indian now has a stand during baseball season. They bring Indian cuisine to everyone with accessible and ingredients that are easy to consume at your seat.

By Section 126, you will notice a new dimension to food service. The Market at Target Field offers self-service food and drink for fans who need it faster than the lines at any concession stand. Fans can select food and drink, then take them to what looks like a set of self-checkout kiosks.

One part of The Market is the largest beer cooler of any sports venue in the world. Fans can walk in, select the beer of their choice, and use the self-checkout kiosks. Even with someone checking ID cards, this could be the most popular concession in the entire ballpark. Just grab a can of your favorite beer – and go!

Target Field is all about convenience for the fans. You will find a few “Grab & Go” places on the main concourse and other parts of the ballpark for non-alcoholic drinks and beer. The Twins also encourage fans to order their food and drink through the mobile app as well.

When you’re attending the ballpark, you will notice UnitedHealthcare’s branding in key parts of the stadium. That also includes a new Sensory Suite sponsored by the health insurance and wellness company, which expands accessibility for fans who need an extra auditory and visual experience for the game.

Another extra piece of technology was introduced by a Minnesota startup called Sound Lounge. They will add a demonstrator for their EDGE Sound Research’s ResonX tuned for an “embodied audio” experience turning furniture into speakers. This technology will added to Target Field’s sound system.

With new food, drink, and technological experiences, perhaps this is the year to watch the Twins take another pennant home? With new additions, such as Carlos Correa, Sonny Gray, Gary Sanchez, and Chris Archer – along with fan favorites, such as Byron Buxton, Miguel Sano, Max Kepler, and Jorge Polanco – what better way to root for the Twins than to take to take in a game at Target Field this season!

A reminder that Opening Day is April 8 with the Seattle Mariners visiting Target Field. And, get your tickets to the Twins Pride Night on July 15 with the Chicago White Sox!