Kicking the Walls Down 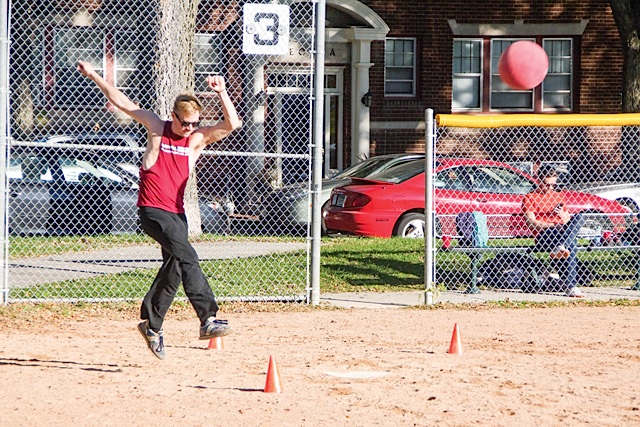 The rush of running across the playground until your lungs are burning and your blood is boiling with adrenaline. The thrill of finding the perfect hiding place that will, without a doubt, lead you to a win in an intense game of hide-and-seek. The squeak of your swing as you pump your legs back and forth faster and faster until you are flying through the air, the blast of wind the only sound you can hear.

The feeling of childhood is one that is unmatched by any other. As a child, the fun is endless, the problems are small, and the world is a delicious mystery that you can’t wait to devour. So why let that feeling be masked by the responsibilities and stress of being an adult? 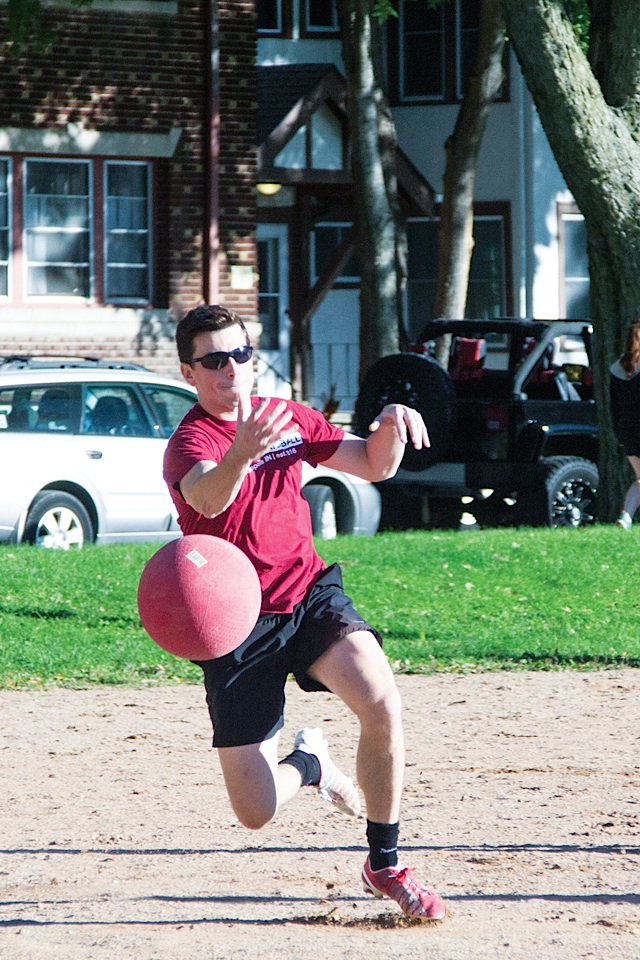 There’s no reason to let the simplicity and carelessness of our youth slip through our fingers as we grow older. Stonewall Kickball is a big supporter of embracing our childhood long after it’s over. Originating in Washington D.C., Stonewall Kickball came to Minneapolis in the fall of 2016 with the help of Joshua Crosson, commissioner of Stonewall Kickball Minneapolis. “I started with Stonewall Kickball as a player and team captain for LGBTQ Congressional staffers in Washington, D.C. Our team, the First Ladies, went on to have five consecutive honors as Miss Congeniality, a truly ‘fundefeated’ team,” says Crosson.

When Crosson arrived in Minneapolis, he was shocked to find that there was no LGBTQ kickball league, so he immediately made it his new mission. About to start their second season, Stonewall Kickball has become a large part of the LGBTQ community in Minneapolis. Crosson says, “Last season, Stonewall Kickball Minneapolis had over 160 players, and there’s always room for more. We honor diversity in all forms and celebrate each and every player for what he or she brings to our league. Even for those who aren’t able to kick and run around bases, they can still join a team and be part of the camaraderie of winning, losing, and everything that comes after.” 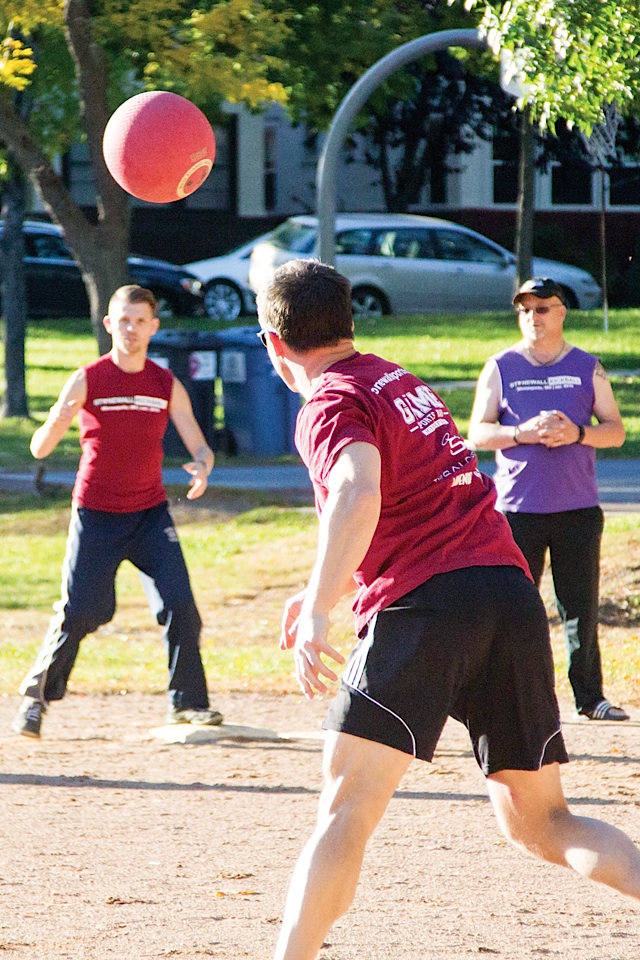 The teams of Stonewall Kickball typically meet on Sundays for what they’ve dubbed their “Sunday Fundays.” Additionally, fundraisers and social events are held throughout the year. Stonewall Kickball aims to recreate the memories made during third grade gym class while sponsoring philanthropic events that give back to the community of Minneapolis. 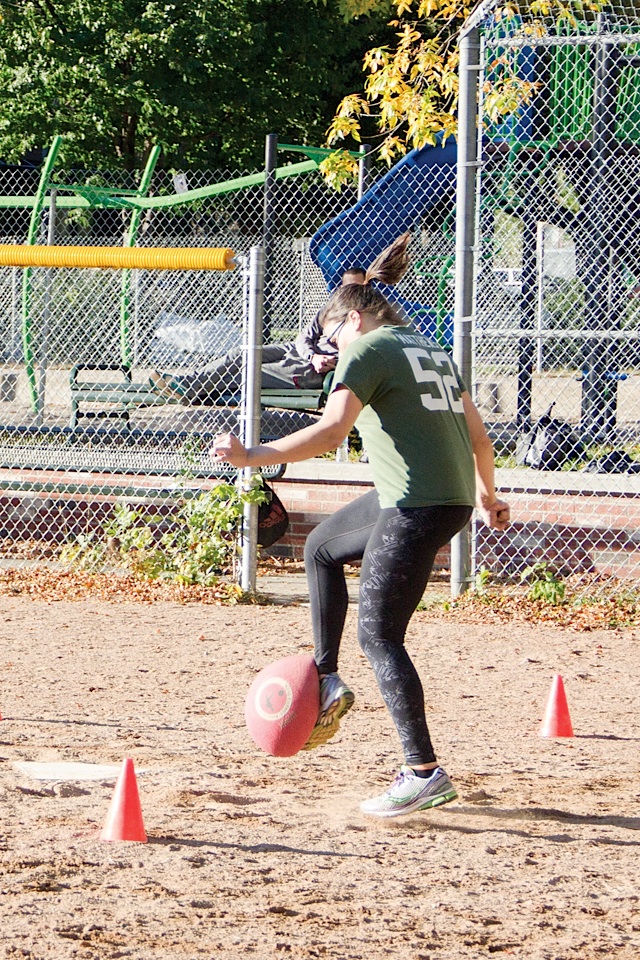 If you’re over 21, enjoy kickball, and want to feel like a kid again, Stonewall Kickball might be the perfect group for you. Stonewall Kickball has created a welcoming environment that has zero tolerance for bullies. “We welcome folks to come as they are, and extra credit if you can kick and run in heels,” Crosson says.

Not only is Stonewall Kickball notorious for reconnecting participants with the youthful freedom of playing games on the playground, but it’s also a great way to meet new people. “One player confessed that he didn’t have a lot of friends after moving to the Cities a couple years ago for work. After joining Stonewall Kickball, he’s met more people and made more friends than what he’d imagined,” says Crosson. 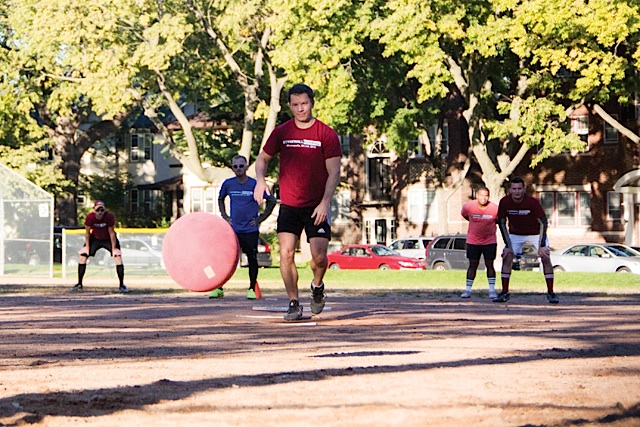 The adrenaline, the excitement, and the wonder of our childhoods don’t have to be things of the past. In fact, they just might be stronger now more than ever before. Hold on to your wondrous spirit, your love for adventure and your appreciation of the simplest moments in life. By joining Stonewall Kickball, you’ll fit in by standing out.

Crosson says, “We believe every person should have the ability to feel comfortable being oneself in organized sports. Our league values each player for who they are and what he or she brings to the community. We also believe organized communities have the ability and responsibility to support others in need.”

For more information about becoming a participant of Stonewall Kickball, visit the website at www.stonewallminneapolis.org or send an email to [email protected]. If you’re interested in getting involved in upcoming events, check out the Facebook page at facebook.com/groups/skminneapolis or Instagram at instagram.com/stonewallkickballmpls.